She famously enjoyed a frisky skinny dipping session with Justin Bieber in Hawaii back in August 2016.

And Sahara Ray raised eyebrows yet again when she sported a prominent love bite on her neck in Miami Beach on Sunday.

The 26-year-old swimwear designer was joined at the beach by her good friend and fellow Australian model, Jordan Barrett.

Hmm! Australian model Sahara Ray raised eyebrows on Sunday when she sported a prominent love bite on her neck in Miami Beach, Florida

Jordan looked thoroughly relaxed on the day, stripping off his shirt and heading into the ocean for a refreshing dip.

After strolling back to the shore, he tied a white towel around his waist and dried off under the scorching Florida sun.

Meanwhile, Sahara wore a longsleeve tie dye shirt over a white crochet bikini, and  styled her blonde hair into a high bun. 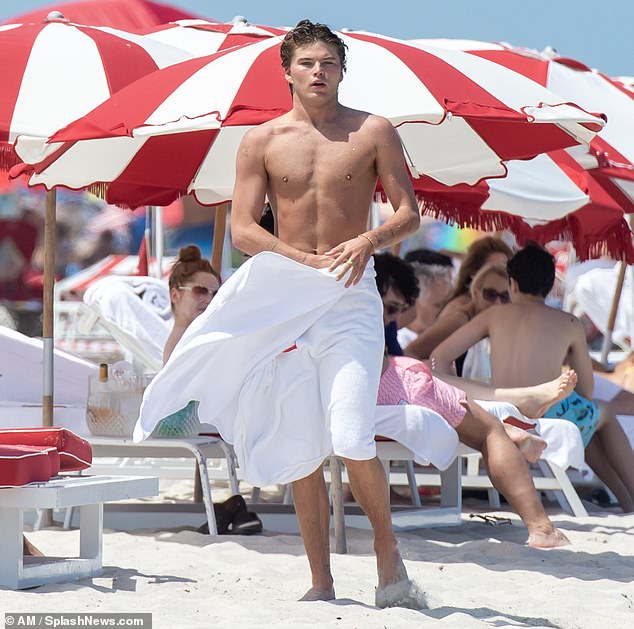 Cooling off! Sahara was joined at the beach by her good friend, model Jordan Barrett

Sahara is the daughter of Australian surfing legend, Tony Ray.

She first made headlines in August 2016 when she hooked up with pop star Justin Bieber in Hawaii. 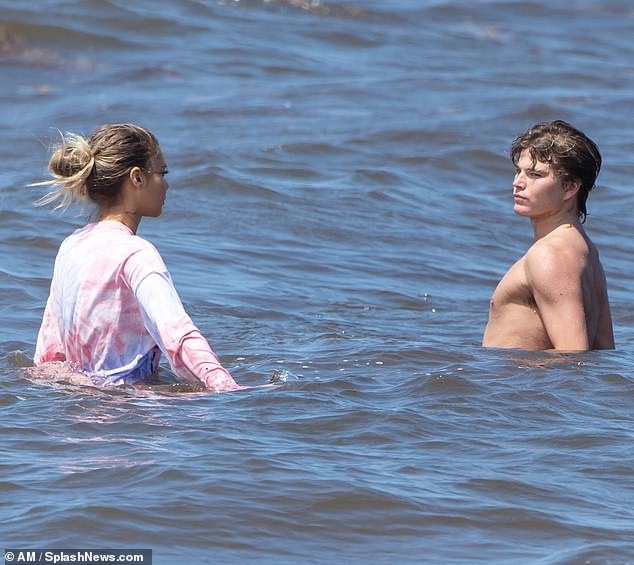 Soaking up the sun! Jordan and Sahara went for a refreshing dip in the ocean together

Earlier this month, the pair were seemingly caught kissing at an upscale Italian restaurant in New York City.

Jordan, who hails from Byron Bay, has earned himself a reputation as the ‘bad boy of fashion’ in recent years.

In the past, he’s been linked to a string of female celebrities including Bella Hadid, Paris Hilton, Hailey Baldwin and Sofia Richie. 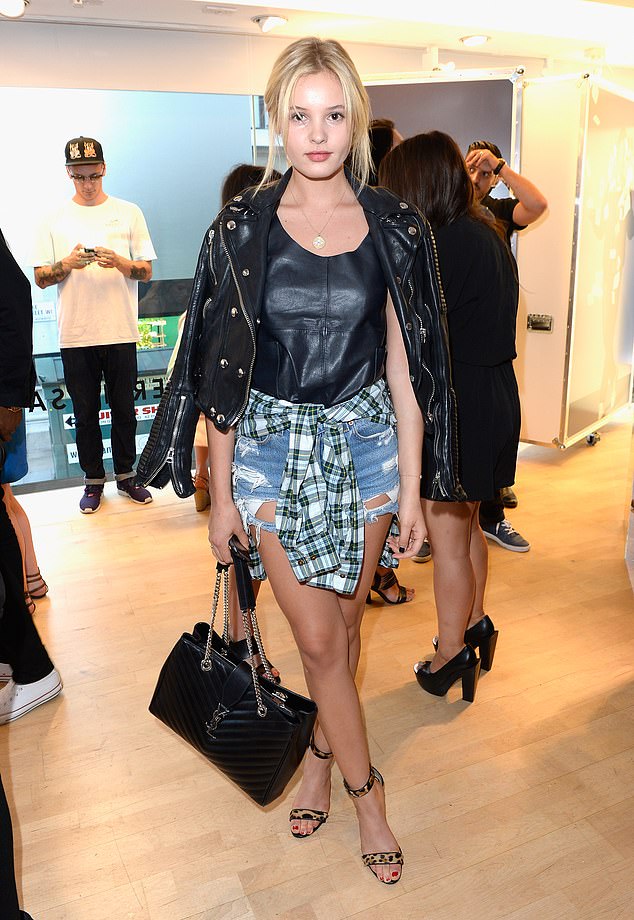