Jorgie Porter has welcomed a baby boy with her fiancé Ollie Piotrowski.

The Hollyoaks actress, 34, took to Instagram on Wednesday morning  to reveal the happy news, sharing a picture of herself and Ollie leaving hospital with their son.

She captioned the image with the words: ‘Welcome to the family…. Our baby boy .. Forest.’

Jorgie Porter gives birth! The Hollyoaks actress has welcomed a baby boy called Forest as she shared a  picture of herself and Ollie leaving the hospital with their newborn 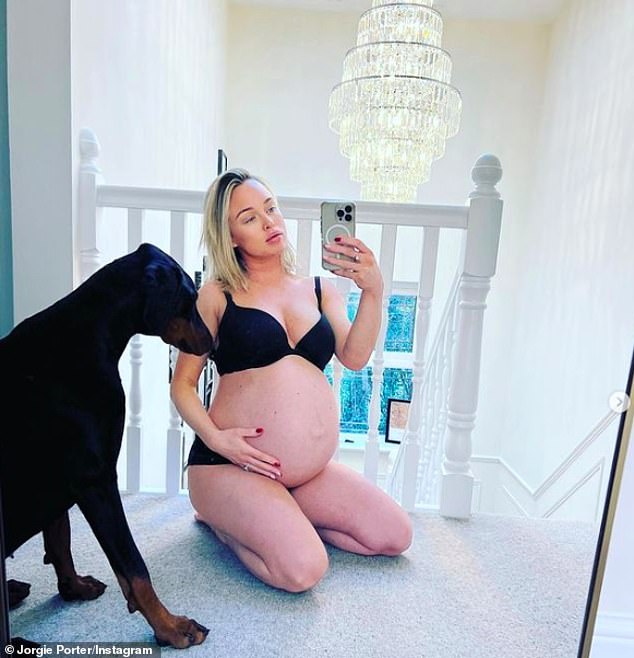 Bumping along: Jorgie shared this pregnancy snap in the later stages of her pregnancy

Property developer Ollie, 33, had a big smile on his face as he carried the baby in one hand and wheeled a suitcase with another.

The pair announced they were expecting in June. The baby came a little early as the due date was in December.

The couple announced they were expecting the baby in June in a video on Instagram which showed Porter, Piotrowski and their dog each moving their hands to unveil the sonogram photo.

The short clip, which the soap star captioned ‘Hopeful beginnings …[sic]’, captured a sweet unveiling of a baby scan. 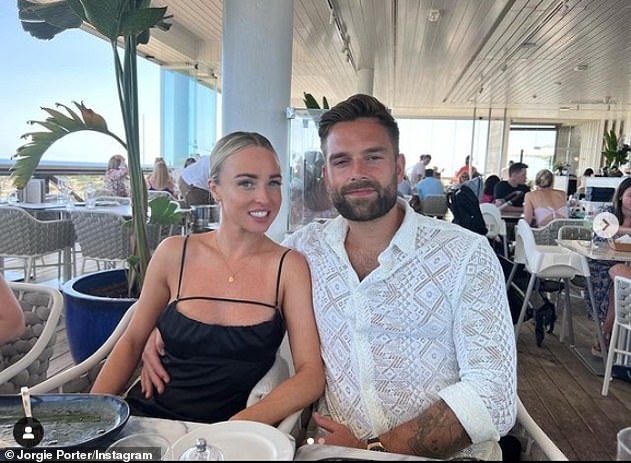 Yay! The couple announced they were expecting the baby in June in a video on Instagram after previously suffering miscarriages 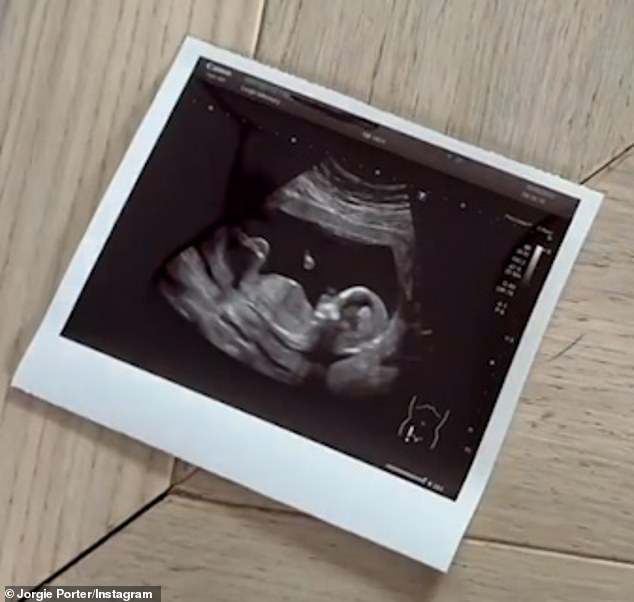 Happy time: The Hollyoaks actress shared this sweet picture of a sonogram when she first announced her news 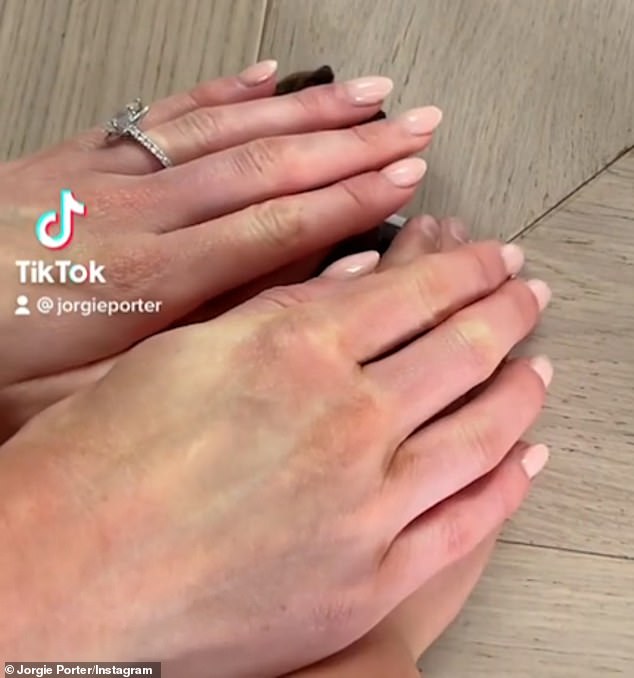 Inventive: The short clip, which the soap star captioned ‘Hopeful beginnings …[sic]’, captured a sweet unveiling of a baby scan 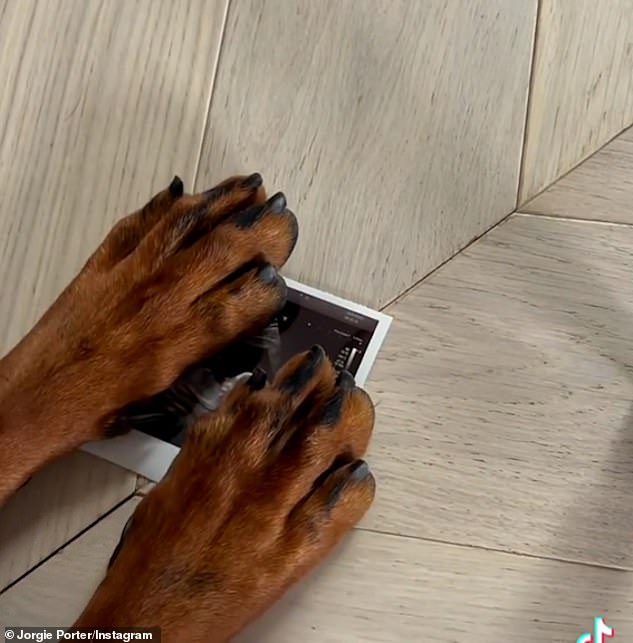 Whole family involvement! Oliver, Jorgie, Oliver’s son from a previous relationship and their pet pooch took it in turns to remove their hands – and paws – to uncover the scan underneath

Oliver, Jorgie, Oliver’s son from a previous relationship and their pet pooch took it in turns to remove their hands – and paws – to uncover the scan underneath.

The couple later revealed they were expecting a baby boy and are ‘thrilled’ by the news.

Jorgie bravely revealed she previously  lost quadruplets at 14 weeks in a devastating miscarriage in August 2021.

She revealed that she had no idea that she’d lost her quadruplets from a previous pregnancy because her body was ‘still being pregnant’ after enduring a missed miscarriage.

The actress explained she opted for surgical removal while her fiancé Ollie discussed feeling ‘helpless’ throughout the ordeal. 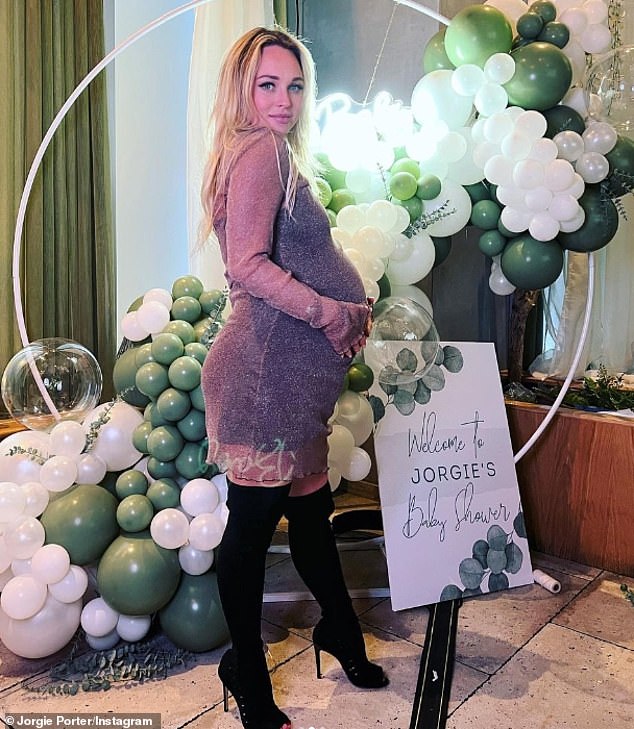 Celebrating: Jorgie had a lavish baby shower in October in Manchester as she showcased her growing baby bump as her due date neared

She had a second miscarriage at six weeks into another pregnancy in February – on the day of the couples’ engagement party.

Disclosing the news about being pregnant again in HELLO! magazine, the couple said having a ‘healthy baby was a dream come true’ as they spoke of their heartbreak after a number of miscarriages.

Porter told the magazine: ‘We’re thrilled to reveal that we’re expecting a baby boy. Ollie and I didn’t mind either way, of course. All we wanted was a baby.

‘He’s certainly very active, and I can feel him doing somersaults and backflips. It’s incredible to think what we’ve created.’

Ollie described their emotion during the routine ultrasound scan after miscarriages over the past year.

He said: ‘We’d been through so much to reach this point and had learnt to take nothing for granted. Just to have a healthy baby was a dream come true.’

In October. Jorgie enjoyed a lavish baby shower at Firefly in Manchester where she was joined by her friends, family and co-stars.

Guests were greeted by a large balloon arch as they entered and enjoyed a lavish meal to celebrate Jorige having a baby boy.

The actress, best known for her role as Theresa McQueen in the Channel 4 soap Holyoaks, got engaged to Ollie while staying at the Gleneagles Hotel in Perth and Kinross.

The former Dancing On Ice star and her fiancé have been dating since 2020 and went Instagram official in October of that year. 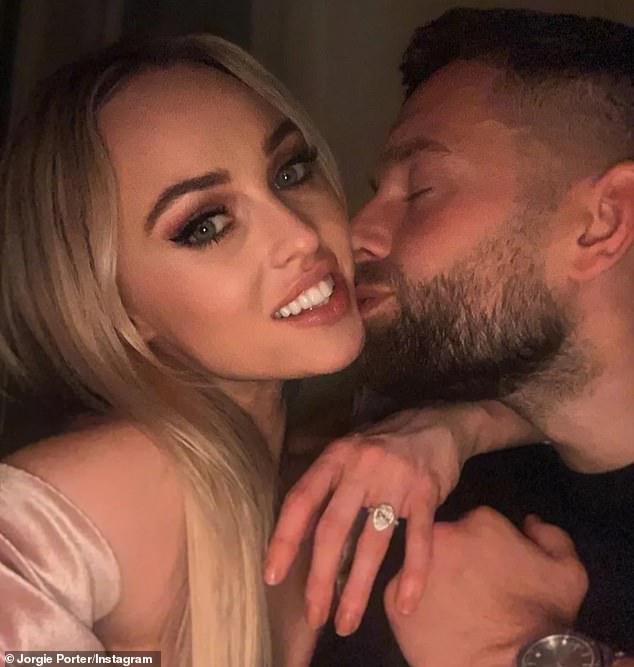 Relationship: The actress, best known for her role as Theresa McQueen in the Channel 4 soap, got engaged to Ollie while staying at the Gleneagles Hotel in Perth and Kinross (pictured December 2021)