Goal-shy Chelsea end the season with their lowest leading league goalscorer EVER, despite spending £179m on attacking stars last summer, with Jorginho topping the table on just SEVEN… and all of his were penalties!

Despite attacking recruits making up a significant chunk of Chelsea’s £220million splurge last summer, it was midfielder Jorginho who finished the 2020-21 season as their top scorer in the Premier League.

The midfielder stuck away seven penalties over the course of the 38-game season, which is the Blues’ lowest leading League scorer ever in a season in which the club did not suffer relegation.

The Italian’s seven-goal tally is also the joint-lowest figure for the club since the Second World War with Ian Hutchinson in 1974-75, when they finished 21st in the former First Division and were subsequently relegated. 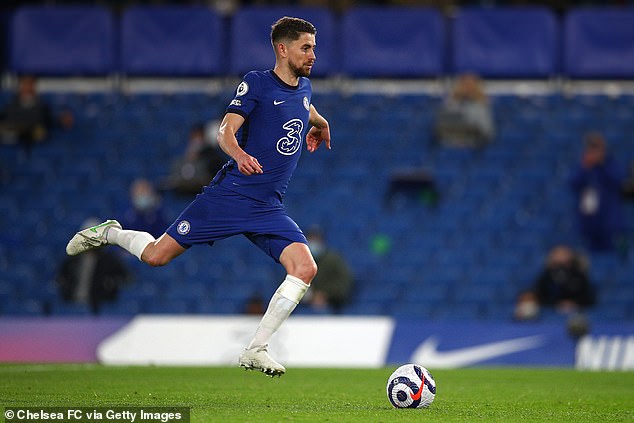 Jorginho 7 goals CFC lowest leading League scorer ever in a non-relegation season
Tie lowest since WW2 with Ian Hutchinson, who scored 7 in 1974/75
Lowest ever was 1923/24 when Andy Wilson hit 5. In 1909/10 Jimmy Windridge scored 6.
Memo to CFC: Buy a striker…

The Blues lowest ever total stands at the five scored by Andy Wilson in the 1923-24 season, while Jimmy Windridge only went one better in 1909-10.

Jorginho, 29, scored his penalties against Brighton, Tottenham, Sheffield United, Everton and Leicester, while another two came in the same game against Crystal Palace.

But his tally came in a season in which Chelsea scored just 58 Premier League goals, the lowest of any team that finished in the top seven and four fewer than ninth-place Leeds.

The statistics come as a damning assessment of 2020 recruits Kai Havertz and Timo Werner’s first season in the Premier League, despite the Blues making the Champions League qualification spots.

Germany duo Havertz and Werner joined the club in £89m and £53m deals from Bayer Leverkusen and RB Leipzig respectively, but managed just 10 top-flight goals between them in 2020-21, with the latter scoring six of them.

Speaking at the weekend, 21-year-old Havertz admitted it had been a ‘very tough’ season for him, and admitted the intensity of English football was behind those struggles.

‘To be honest, it’s very tough. It’s a big change,’ Havertz told Sky Sports. ‘It’s very hard because you play every three days and the intensity here is much more than in Germany, to be honest.

‘Of course it’s a big change for us but for me it always felt good to have Timo next to me because we can talk to each other. 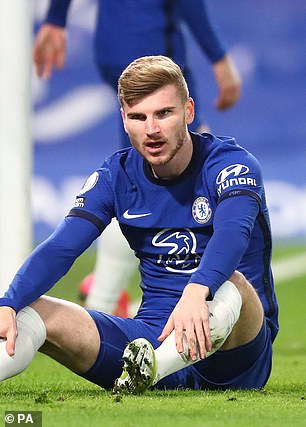 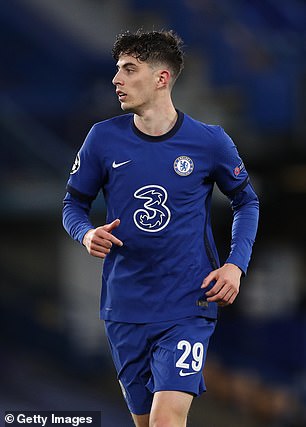 It was a damning indictment of Timo Werner (left) and Kai Havertz’s first season at Chelsea, managing just 10 league goals between them 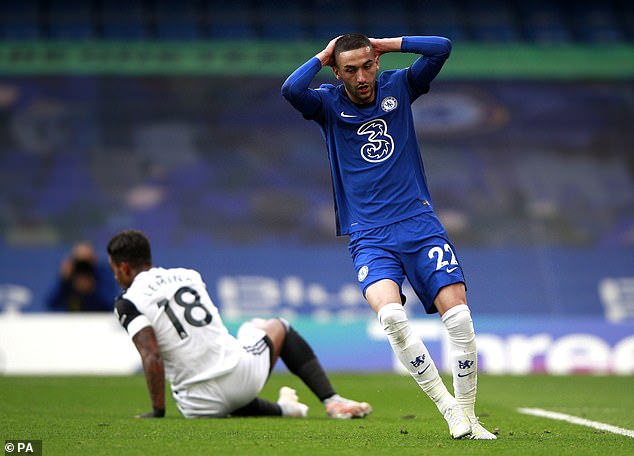 Chelsea spent £142m on the Germany duo and another £37m on Hakim Ziyech, who scored just twice

‘We were both in very difficult situations. He was also unlucky this season. But I think right now, for two or three months, we both play very well and I hope we can continue like that.’

The £179m spent on attacking recruits in last year’s summer window is completed with the £37m addition of Hakim Ziyech from Ajax, but the Moroccan managed just two Premier League goals in a season disrupted by injury.

Blues academy product Tammy Abraham – like Werner – also finished the league season on six goals, but they all arrived in the first half of the season with the striker hardly having a look in since Thomas Tuchel replaced Frank Lampard as boss in January.

The 23-year-old was not even included in the squad for three of Chelsea’s last seven Premier League games of the season, with West Ham and Leicester set to offer him an exit out of Stamford Bridge.

France striker Olivier Giroud meanwhile started just eight of his 17 Premier League games this season, with the 34-year-old managing just four goals in the bit-part role he played under Lampard and now occupies under Tuchel. 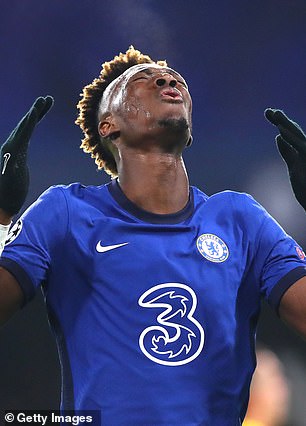 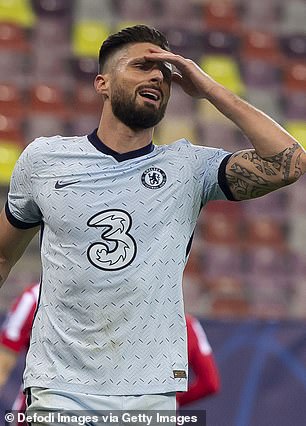