‘I was thinking if I don’t score any runs, this could be my last game’: Jos Buttler reveals he feared for his England place after dropped catches with the gloves before steering hosts to stunning first Test win over Pakistan

From the moment Jos Buttler mowed a pair of boundaries through the covers off Yasir Shah, then reverse-swept him for four more, it was clear he wasn’t going to wave goodbye to his Test career without a fight.

The spotlight has barely been off England’s wicketkeeper this summer, never more cruelly than in this Test, when he missed three chances off spinner Dom Bess in Pakistan’s first innings. Two of them, with opener Shan Masood 45 runs into his eventual 156, looked as if they would cost England the game.

Throw in his drop to reprieve West Indies’ Jermaine Blackwood on a tense final day in Southampton last month, and he might easily have been blamed for two defeats out of two. 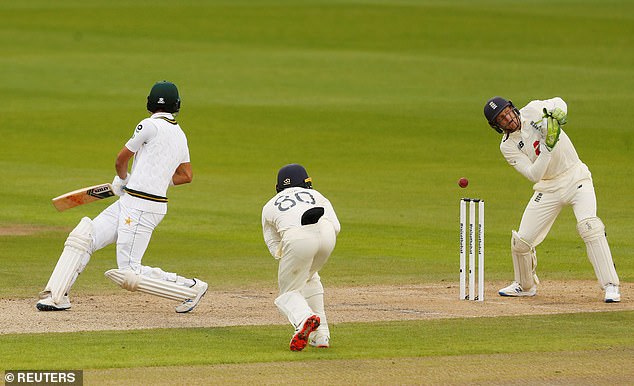 Instead, Buttler took heed of the explosive delivery with which Shaheen Shah Afridi removed Ollie Pope – the ball spitting to take a glove and loop to gully – and concluded there was no point hanging around.

‘I tried to be busy after that ball,’ he said. ‘I tried to break it down into a one-day chase and score at four an over, because we didn’t want to leave ourselves too many to chase against the second new ball.’

History will record that Buttler – treating the challenge like a one-day chase – put on 139 for the sixth wicket with Chris Woakes, rescuing England from the depths of 117 for five. And that he walked off having taken them to within 21 of their target of 277, after finally missing a reverse-sweep off Yasir. 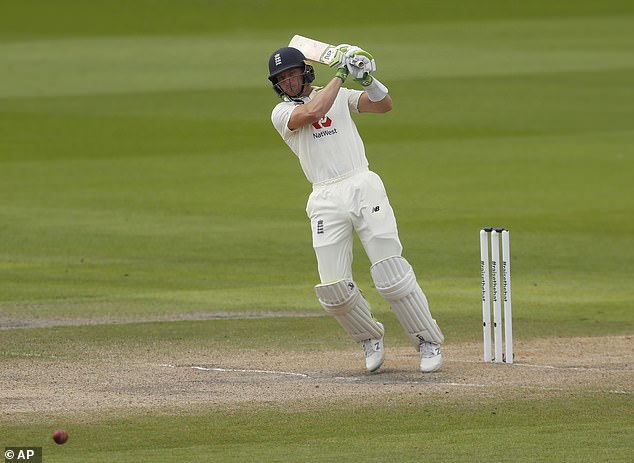 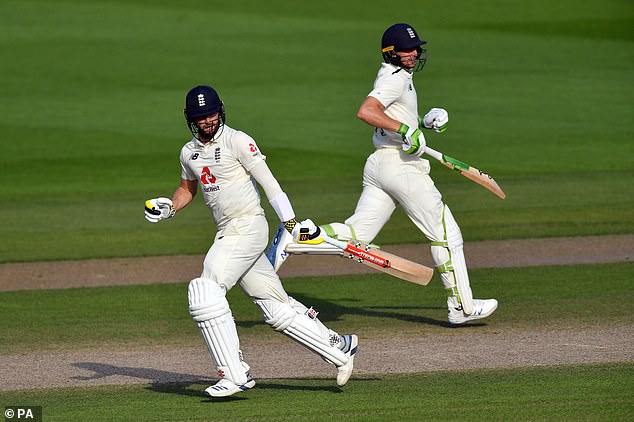 But that reveals nothing of the pressure he had placed himself under. As he said in the afterglow of an improbable victory: ‘If I take one of those chances, we’d have won two hours ago. I was thinking that, potentially, if I don’t score any runs, this could be my last game.’

Further poignancy was added by the fact that Buttler’s father, John, was admitted to hospital on Friday evening after undergoing some undisclosed health scares. On a grand day for the family, John returned home yesterday.

The 75 his son made here was his highest Test innings since taking 89 off India at The Oval in September 2018, but his struggles with the bat this summer have been rather exaggerated. Before yesterday, his scores included 35, 40 and 67 against West Indies, and 38 in the first innings against Pakistan. 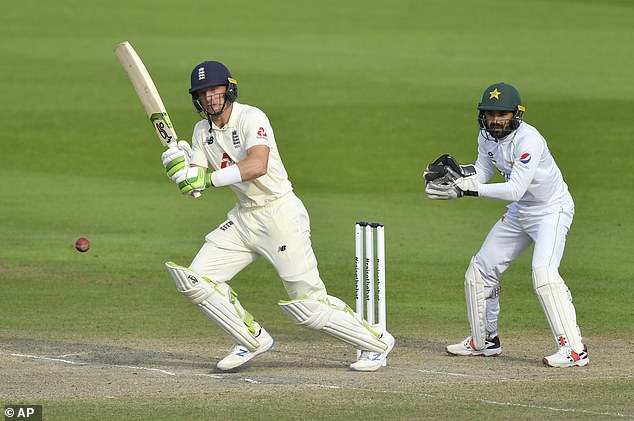 No, it has been his glovework that has led to questions about his place in the Test team, not least with winter series scheduled against Sri Lanka and India, where spinners are to the fore. And Buttler is yet to take a Test stumping – unlike Surrey’s Ben Foakes, who has two in the five games he has been granted by the selectors. Then there’s Jonny Bairstow.

‘I found the criticism tough and hard to shut out,’ he said. ‘If I am going to continue to be a wicketkeeper in this team, I’m going to have to be better.’

For now, though, Buttler has confirmed what those who know him best have always said – that he is the ultimate team man. And it seemed appropriate that Woakes, who pushes him close for the title of the dressing-room’s most popular player, was his partner-in-crime on a famous day for England.