When it arrived, the words were chilling. Jose Mourinho sat at Tottenham’s Enfield HQ on Monday pontificating about their thrilling run to the Champions League final.

‘In the case of Spurs last season, just the fact of reaching the final is an amazing achievement, no doubt,’ said the Portuguese.

But then Mourinho, in true Mourinho style, communicated the killer line.

‘To arrive in the final is an incredible achievement…but it’s not history. History is winning.’ Ruthless. But that’s Jose, a winner.

It’s partly what attracted chairman Daniel Levy in the first place – that overpowering desire to get over the line. That ‘second is nowhere’ mentality.

On Tuesday night, he takes charge of his new club in the Champions League for the first time, where victory over Olympiakos will secure Spurs’ place in the knockout stages Mourinho is under no illusions of the task that lies ahead of him.

Emulating last season’s euphoric journey to Madrid will surely prove to steep a mountain to scale during what will essentially be a period of transition. 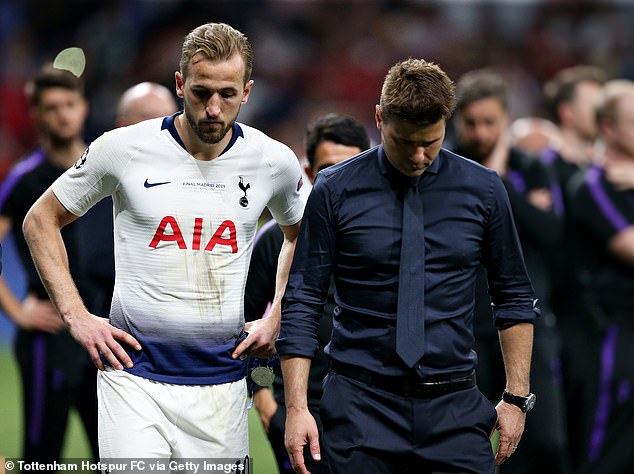 But would you put it past him? Of course not.

What’s more, you get the sense Mourinho isn’t discounting the possibility either.

‘Sometimes we use words to try to describe things but the words do not reflect precisely what it is,’ said the ex-Manchester United boss.

‘I would not use the word “miracle”, although probably I have done that in the past a few times. 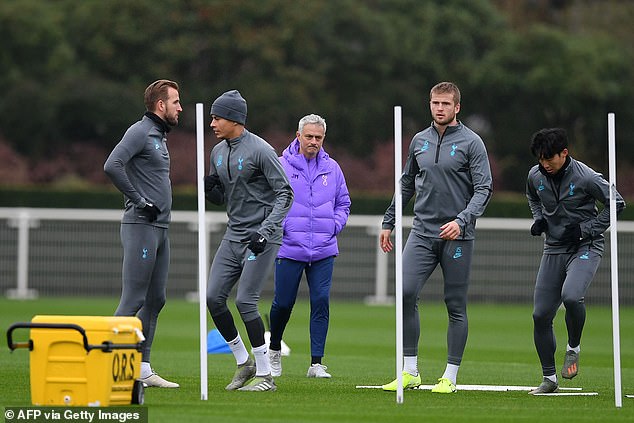 ‘But with these boys, I will never be afraid of any Champions League match that comes into our faces.

‘We need to qualify, that is the focus. I always say that. Not even in the last 16 did I used to think about winning the trophy.

‘Only in the quarter-finals can you do that. It is still far, but in the last eight start thinking we have a chance.

‘But, as I was saying, give me time to work, give me time to float my ideas with these boys and I will have no problem at all going to any stadium at all to face any big opponent in Europe or in England.

‘We are not going to be afraid of anybody.’

Mourinho’s comments weren’t meant to belittle Mauricio Pochettino’s achievements last season, but rather provided a snapshot into his own lofty standards.

Indeed, when the Special One feels the time is right, he’ll tell the Argentine as much.

Mourinho is yet to contact his predecessor – partly because he understands it’s an emotional time. 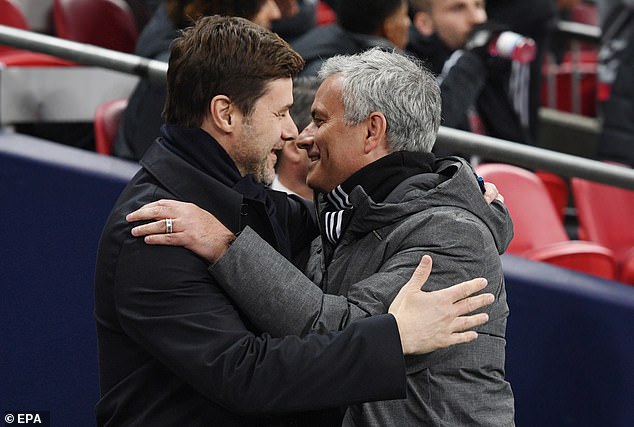 ‘I didn’t (contact him) because I know what he is feeling. I have been there and I know that there is a period where the best thing for us sometimes is to process our feelings, to process what happened with us and then in a couple of weeks, two three weeks then we are open to the world,’ Mourinho explained.

‘We are open again to embrace the different period in our lives, so I want to respect that, to give that feeling to him. But I spoke with his son (Maurizio), who is a player in our youth categories, and I think through his boy he can understand my feelings too.

‘Of course I will call him but I want to let him process. I also told the players in contact with him to make him feel completely free to come here any time he wants.

Win the Champions League, Jose, and the keys will be yours.