At last, we have reached matchday five and when the Champions League gets that bit more interesting as we get a better idea of who will be playing in the knockout stages.

Bayern Munich, Juventus and Paris Saint-Germain have already qualified with only the Italian champions having dropped points.

But enough about them because this week is all about Jose Mourinho’s return to the Champions League, a fascinating shootout between Barcelona and Borussia Dortmund and a chaotic Group H in which the top three teams are tied on seven points.

Here, Sportsmail assesses what could happen before the final round of fixtures next month.

Not the most mouthwatering of scenarios to be found here. PSG have blitzed everyone and will confirm a top-place finish should they avoid defeat away at Real Madrid.

Real Madrid, five points behind them, simply need to draw against PSG to confirm their spot in the knockout stages. They could even lose to PSG and still go through should Club Brugge fail to win at Galatasaray.

So, unless Club Brugge make a good go of things in Turkey, Real are pretty much sorted. Of course, what you really want to happen is for Club Brugge to race ahead against Galatasaray and for Real Madrid to fall behind against PSG. That would set things up nicely for the final matchday. 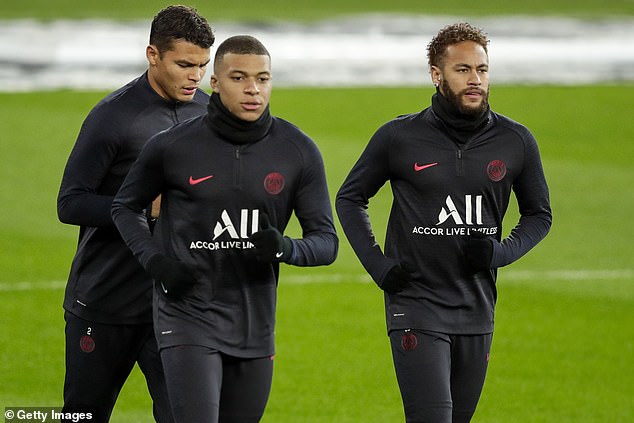 What a night in prospect at the Tottenham Hotspur Stadium. Jose Mourinho, a two-time winner of the competition, returns to the stage with Tottenham. Spurs have the knockout stages in their sights and a win over Olympiacos at home on Tuesday night would confirm their place in the next round.

Dele Alli spoke on Monday of how the players had to look at themselves following Mauricio Pochettino’s sacking last week. Mourinho himself has congratulated Tottenham’s achievement last season of reaching the Champions League final but did also make room to add that nobody remembers the runners-up.

Olympiacos should provide very little in the way of a test, having lost three of their four matches. Indeed, their one point did come at home against Spurs but in London they are unlikely to fare so well.

Two wins on the bounce for Mourinho would represent a satisfying if not thrilling start to his time at Tottenham and give him plenty to be pleased about going into Saturday’s Premier League game against Bournemouth. 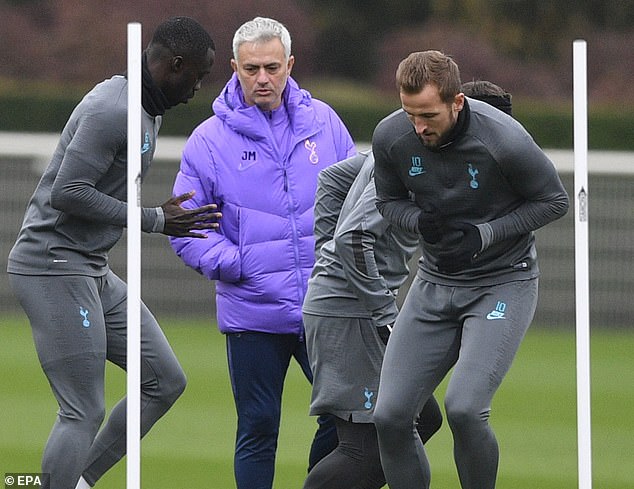 Similar to Group A, where one team has just about dominated the rest of the group. Manchester City were heavily tipped to progress from the group stages when the draw was made in August.

They could have made lighter work of it all, with the draw against Atalanta, in which Kyle Walker ended up in goal, slightly disappointing. That said, nobody will care too much should Pep Guardiola’s side dispatch Shakhtar Donetsk with relative ease at the Etihad Stadium on Tuesday night. It will also present a good opportunity for Gabriel Jesus to get up to speed with Sergio Aguero now unavailable with injury.

A win for City would also open the door for Dinamo Zagreb, who take on Atalanta in Milan. Should they beat Atalanta, who have recorded just a point from four matches, they would go three points clear of Shakhtar Donetsk. 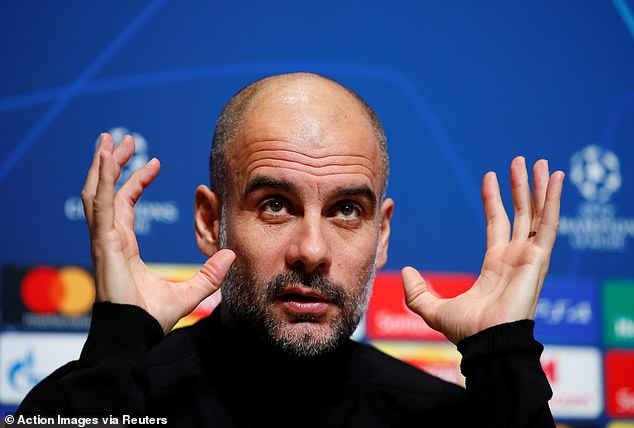 As already mentioned, Juventus have already qualified. A win at home to Atletico Madrid would cement their title of group winners. That would, however, put Atletico in a rather precarious position.

They would still be in second place but should either of Bayer Leverkusen or Lokomotiv Moscow triumph in their fixture in Russia then only a point would separate second and third spot.

That would leave Atletico needing to win or draw their final game, which is against Lokomotiv Moscow. In reality, Diego Simeone’s should qualify whether it is this week or in the final round of group stage matches. Still, though, just two wins out of four at this stage isn’t exactly the form that suggests they’ll be dangerous opponents in the knockout stages. 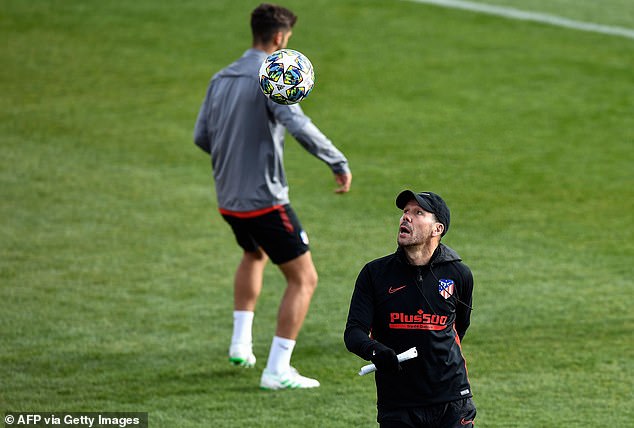 Given the tremendous run Liverpool are on, it’s particularly apt that they should come up against the only side that have managed to beat them this season (discounting Manchester City in the Community Shield, of course).

Napoli gave Jurgen Klopp’s side a hard time in Naples at the start of the group stages, winning 3-0. But this is a different Napoli side to the one that produced the type of performance other sides have tried and failed to replicate in domestic and European football since.

That win came all before owner Aurerlio De Laurentiis fell out with manager Carlo Ancelotti and the club’s senior players. The mess off the pitch has spilled over on to it, too. As well as a drop off in form in Serie A, Napoli’s last convincing display in the Champions League was a 3-2 away win over Red Bull Salzburg. A 1-1 home draw against the Austrian side in their last fixture demonstrated a new found vulnerability – a side lacking intensity, something that they had become renowned for.

At Anfield, against a Liverpool side flying, they could come unstuck in a very big way. Liverpool will clinch top spot with a win although a Napoli victory would send the Italians through. And should Genk manage to beat Red Bull Salzburg then Liverpool and Napoli would seal their place in the next round no matter what happens on Merseyside. 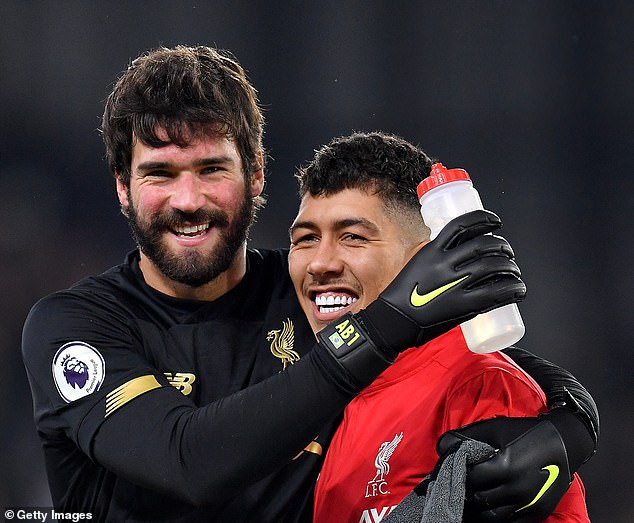 A excellent showdown between Barcelona and Borussia Dortmund here. Barcelona have the advantage given they are a point ahead of Dortmund. They are also yet to lose in Europe this season – something Dortmund experienced when they were beaten 2-0 by Inter Milan.

There will also be plenty of attention on Jadon Sancho who is clearly unhappy with life at Dortmund. He is likely to go for mega money next summer with Real Madrid, Liverpool and Manchester United all linked. A standout performance from him here would not only help his cause greatly but could also give Dortmund a chance of beating Barcelona at the Nou Camp and see them through to the knockout stages.

But it will also be a night for Barcelona to finally shine. On four goals scored, they are the lowest scorers of any side in either first or second spot in all of the groups. It is a poor return from an attack that boasts some of the best players in the world. Lionel Messi (who has scored once in Europe this season) will therefore see this fixture as an opportunity to fire up a Barcelona side predicted to make it to the quarter-finals at least.

Inter also had aspirations of reaching the knockout stages at the start of the campaign but will face elimination should they lose away at Slavia Prague. 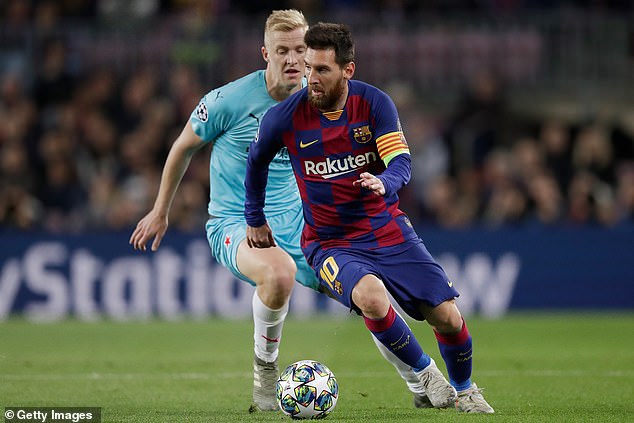 The black sheep of the family. A group predicted to deliver very little in terms of entertainment and one that has largely been controlled by RB Leipzig and Lyon, who occupy first and second place.

Both can confirm qualification to the knockout stages with wins over Benfica and Zenit St Petersburg respectively.

The only way now that this group can produce some sort of magic is if both of the top two lose. That would leave the fascinating prospect of all four sides having a chance to qualify. 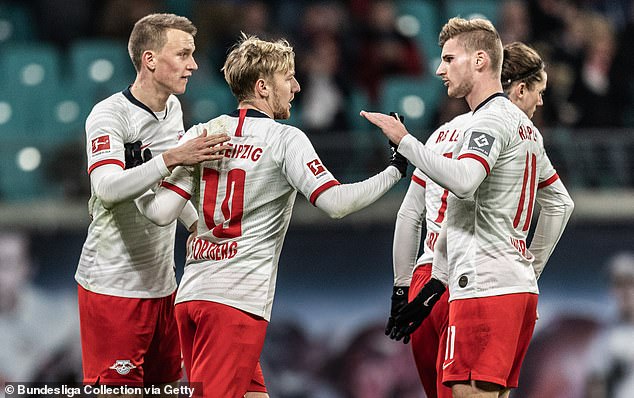 If Group G has failed to deliver excitement, the same can’t be said of Group H. It has been competitive all the way through with the top three (Ajax, Chelsea and Valencia) all on seven points.

This is where it gets really interesting and it becomes a head-to-head battle. Chelsea’s trip to Valencia is one captain Cesar Azpilicueta has called a ‘must-win’ game. And he’s not wrong. Victory at the Mestalla for Chelsea would put them on the brink of qualifying for the knockout stages.

Should Chelsea beat Valencia but lose to Lille they will still be in a strong position to qualify as an Ajax defeat over Valencia in the final round of matches would see the Blues and the Dutch champions go through.

Defeat against Valencia, though, could be disastrous for the Chelsea even if they were to end up on level points with Valencia after all six matches. That is because if teams are on equal points, head-to-head records are taken into consideration ahead of goal difference. All three sides have recorded two wins, a draw and a defeat.

To make matters worse, should Chelsea indeed lose to Valencia and Ajax beat Lille (as expected), Frank Lampard’s side may not be able to do anything about their future even if they were to beat Lille in their final match. It would all come down to Ajax and Valencia – a game that if Ajax beat Valencia would see Chelsea and Valencia end on 10 points with the Spanish side progressing due to a superior head-to-head record. 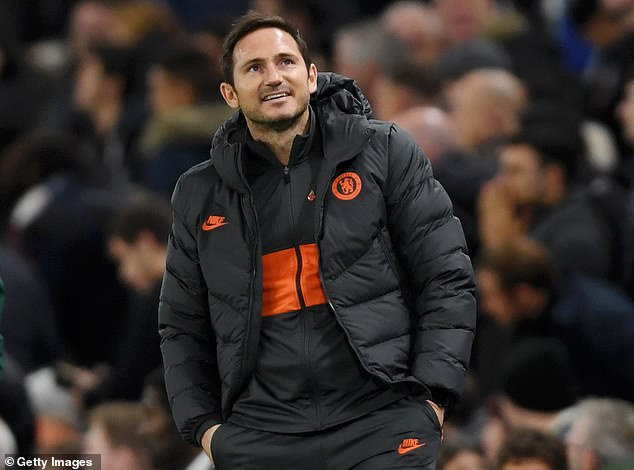