The news was announced on the Duggar Family’s official Instagram account on Tuesday along with a photo of the newborn.

‘Our newest grandson is here!! Mason Garrett Duggar! You can see his first picture on our family website’ the accompanying caption reads.

Disgraced reality star Josh Duggar and his wife Anna have welcomed their fifth child – a boy named Mason. The couple are pictured

The tiny tot is seen cuddled up in a knitted blanket and matching cream beanie.

It’s some happy news for the couple after a troubling couple of years which saw Josh, 29, enter rehab after admitting to molesting four of his sisters when he was a teenager and admitting to sleeping with women outside his marriage.

In 2015, the 19 Kids And Counting family had their reality show pulled from TLC after revelations that Josh had molested his sisters as well as a babysitter. 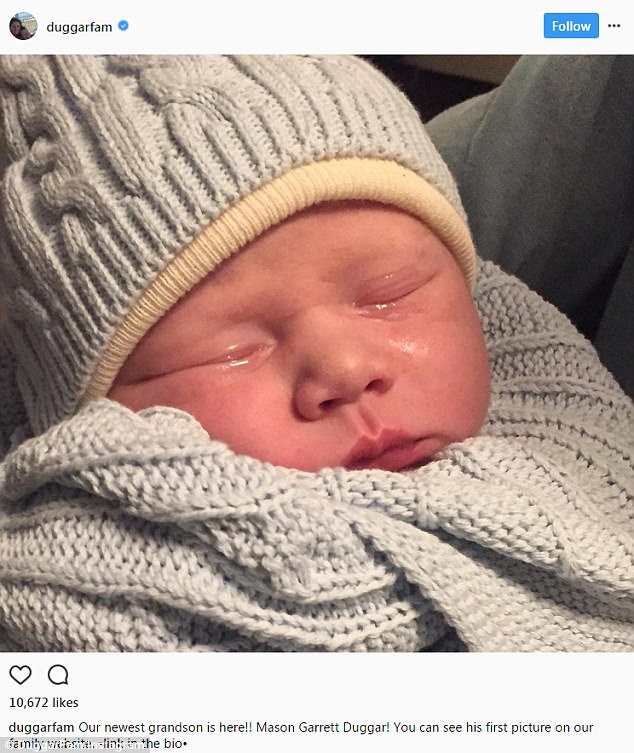 That same year, it was discovered that the disgraced star had an account on adultery website Ashley Madison when it’s database was hacked.

At the time, Anna, 29, had just given birth to her fourth child, daughter Meredith Grace.

Last month Josh and Anna were spotted on a rare family outing in Illinois. 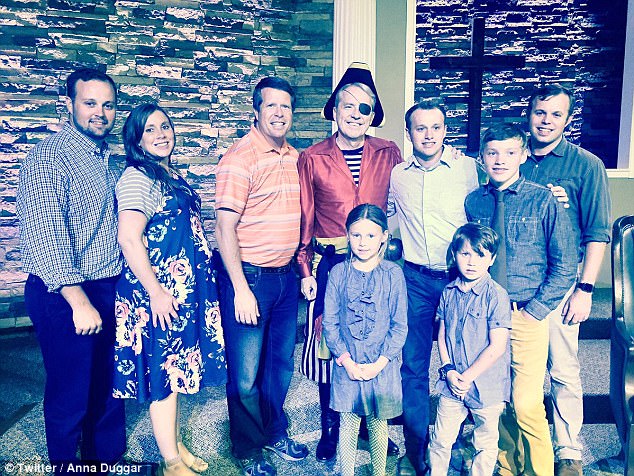 A very pregnant Anna posted a photo that showed her and Josh with their daughter Mackynzie and son Michael, their older two children, at a Patch the Pirate show, which was held at the same facility where Josh attended rehab.

The group was also joined by Josh’s father Jim Bob and his brothers John David, a pilot, Justin and Josiah, with the family flying up to Rockford from Arkansas in their new twin-engine plane.

In her post about the family trip, Anna shared a link to promote the rehab facility her husband attended, Reformers Unanimous, saying she is ‘grateful’ for their ministry.

Grateful: She and husband Josh attended an event at the North Baptist United Church with their two oldest children, Michael and Mackynzie (Anna’s tweet about the event above) 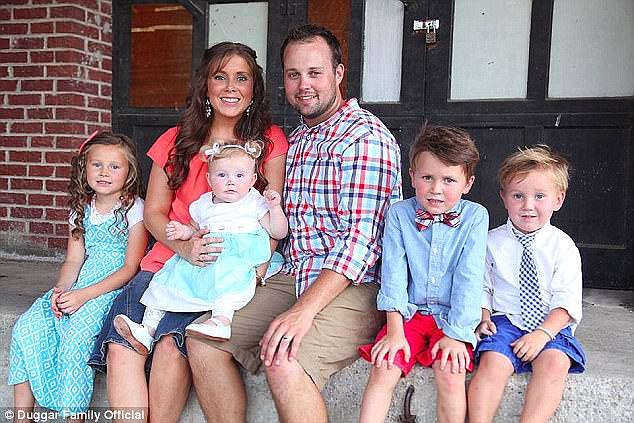 Josh flew off to the faith-based rehab facility in September of 2015 and stayed there until April of the following year, and in the year since his return to Arkansas has managed to avoid any major scandals.

The Duggars have been hard at work trying to rebuild their reality empire over the past two years, which was destroyed after Josh’s child molester past.

In the wake of that scandal, and the revelation that patriarch Jim Bob did not formally report the incident to law enforcement, TLC not only cancelled the family’s popular reality show 19 Kids and Counting after nine seasons but also announced that they would no longer air any past episodes of the program on the network.

The network did not keep the family off the air that long however, announcing just a few months later that a new show would launch that December which focused on sisters Jill and Jessa, who were both married and starting their own families.

Those two also admitted in the wake of the molestation scandal that they had been two of their brother’s victims, and sat down for an emotional interview in June of last year with Megyn Kelly on Fox News to share their story.

Josh also molested two of his other sisters it was revealed at the time, as well as a fifth girl who was of no relation to the family. 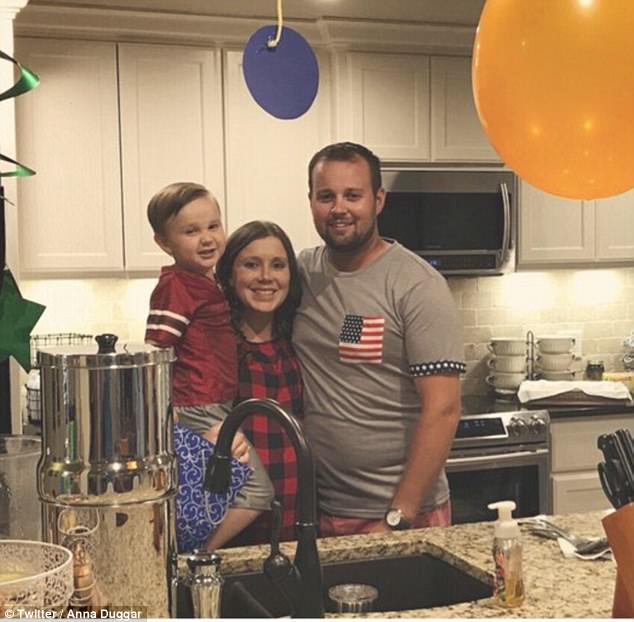 The Duggars have been hard at work trying to rebuild their reality empire over the past two years, which was destroyed after Josh’s child molester past