Joshua Cheptegei smashed the 10,000m world record with a 26:11 run in Valencia on Wednesday in what will be an ominous sign for Mo Farah ahead of the Tokyo Olympics.

The pair will go head to head at the Games next year and the Brit will be tasked with somehow overhauling the formidable Ugandan, who also broke the 5000m record this year. In the 10,000m he took six seconds off Kenenisa Bekele’s 15-year-old mark.

Only 400 people including sponsors, journalists and staff were allowed into the event due to strict coronavirus measures in Spain but Cheptegei still savoured the moment with a lap of honour, wrapped in the Uganda flag and wearing a crown.

Joshua Cheptegei broke the 10,000m world record with a 26:11 run in Valencia on Wednesday 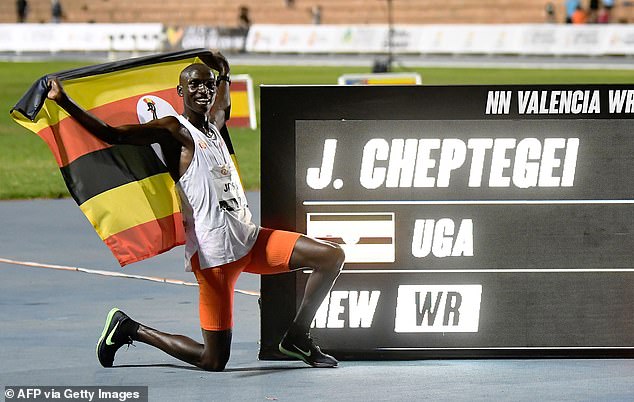 There was also a women’s 5000m record for Letesenbet Gidey of Ethiopia, whose time of 14:06.62 took almost five seconds off Tirunesh Dibaba.

‘This is a longtime dream for me, I’m very happy, this is very big for me,’ said Gidey after the race. 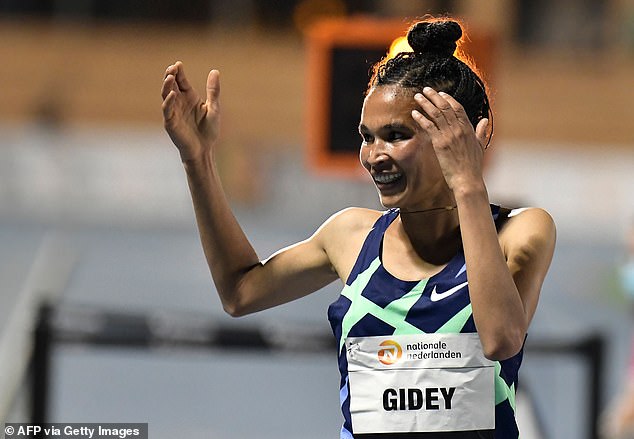 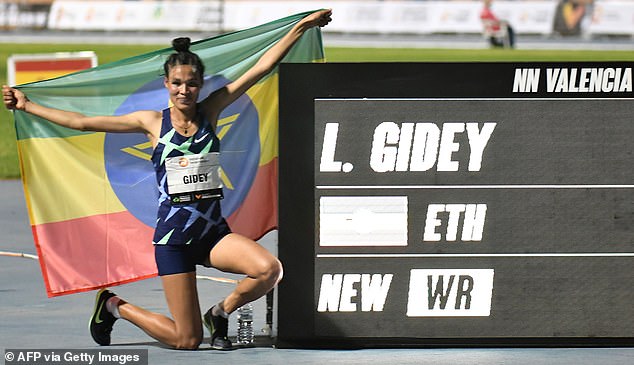 Cheptegei and Gidey were both wearing Nike spikes, which will likely extend the sport’s debate around shoe technology.

In addition, the event was organised by Cheptegei’s NN Running Team of the Netherlands and both runner were helped to the finish line by pacers as well as Wavelight technology, which flashes lights on the inside of the track to indicate a specific pace. 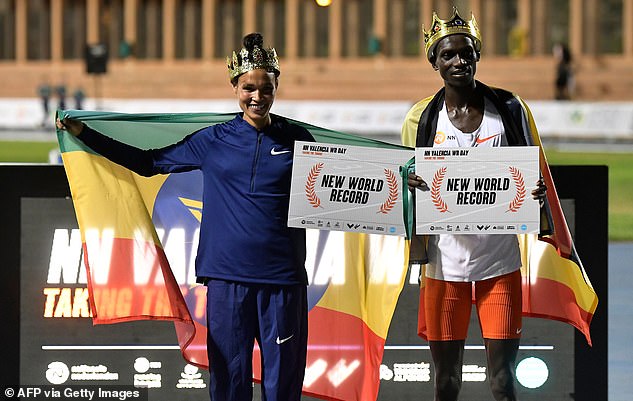 Both were wearing Nike spikes, which will extend the sport’s debate around shoe technology