Joss Stone looked radiant as she was spotted for the first time with two-month-old son Shackleton in Washington D.C. on Tuesday.

The songstress, 35, appeared in high spirits as she headed to the White House to perform at the annual Christmas tree lighting ceremony.

Joss made it a family affair and was joined by devoted partner Cody DaLuz and their 21-month-old daughter Violet Melissa.

Beaming: Joss Stone, 35, looked radiant as she was spotted for the first time with two-month-old son Shack in Washington D.C on Tuesday

The hitmaker wrapped up from the winter chill in a white coat and purple scarf, teaming the look with a pair of black leggings.

She appeared to go make-up free ahead of her performance and donned spectacles while her blonde hair was styled loose.

Joss beamed as she pushed both her children in a double buggy while Cody followed close by. 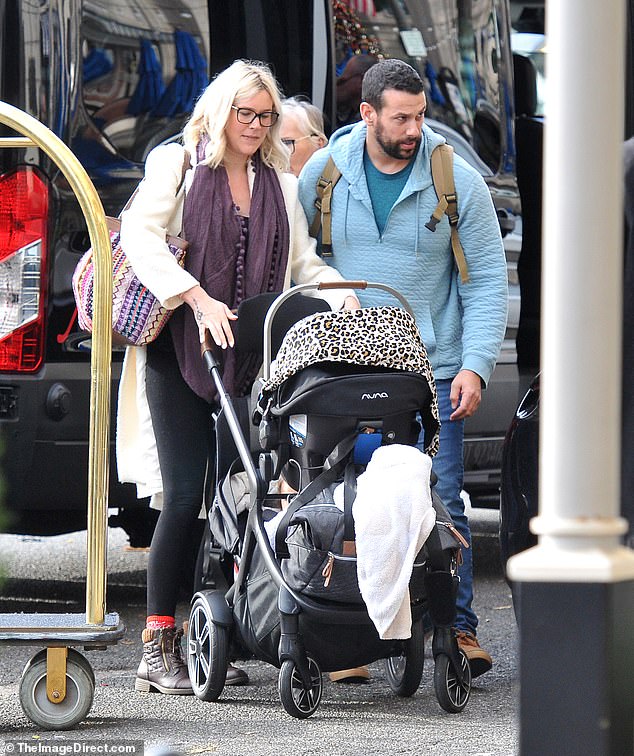 Family: Joss made it a family affair and was joined by devoted partner Cody DaLuz and their 21-month-old daughter Violet Melissa

He too cut a casual figure in jeans and a quilted hoodie and carried the family’s belongings in a rucksack.

It comes after Joss detailed her ‘scary’ experience giving birth to her son by emergency c-section following a devastating miscarriage one year before.

With time in hospital when delivering her precious bundle was a difficult one, as she has explained how she was already in ‘massive amounts of pain’ before being given the news she required a c-section.

Speaking to People Magazine, Joss said she had been ‘preparing’ her ‘whole life’ for a natural birth.

‘[Shackleton’s] heartbeat was at normal rate. And then all of a sudden, it just slowed down, massively slowed down. I thought, “Oh, that’s my baby. That’s not good”.’ 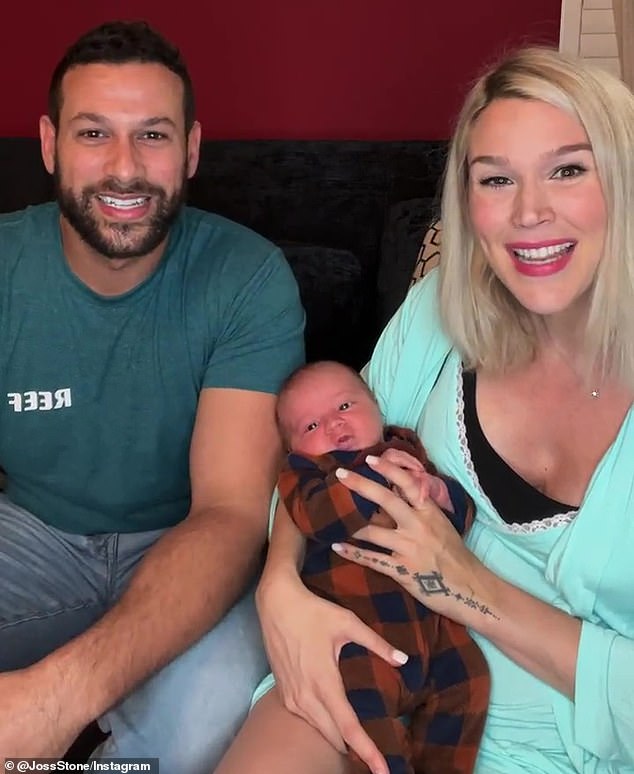 Opening up: It comes after Joss detailed her ‘scary’ experience giving birth to her son by emergency c-section following a devastating miscarriage one year before

Speaking about the nurse taking care of her, Joss said: ‘She comes up to me and she goes, “The room is going to fill up with a lot of people – Don’t worry about it, just stay calm,” then Cody looks at me and he said the same thing.’

‘He was coming down the birth canal, and when my uterus split, his head went into my abdomen and he went back up… They had to bring him back to breathing again.’

It was then that doctors decided to put her to sleep – and by the time she had woken up, her baby boy was born.

The singer announced in April that she was expecting another child, revealing that six months prior she had a suffered a devastating miscarriage. 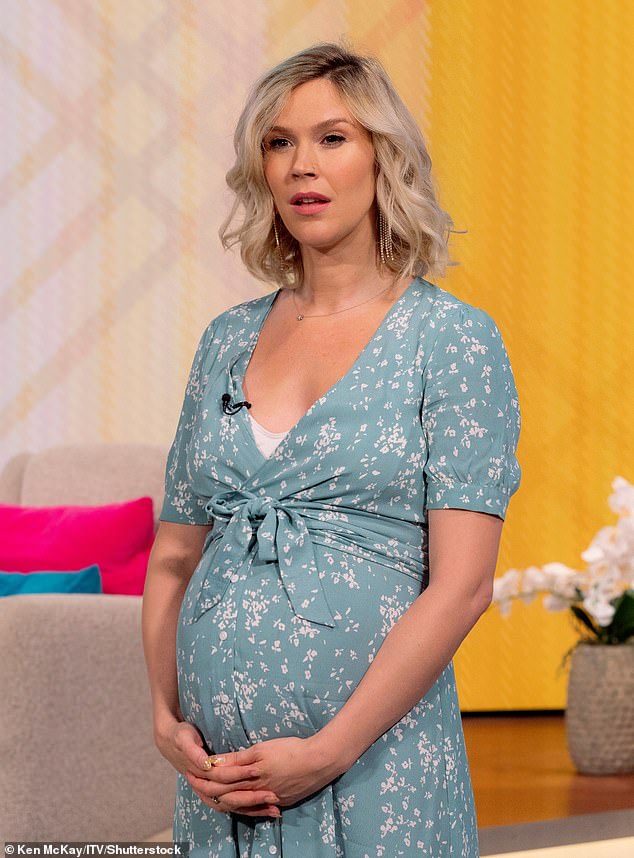 Difficult: In October, the English singer, 35, revealed she had her baby boy with boyfriend Cody DaLuz, named Shackleton. But her time in hospital when delivering him was difficult (pictured on Lorraine in August)