Joyriders used a stolen 50ft house boat to pick up girls before they trashed and abandoned it.

Eyewitnesses say they saw the thieves, thought to be two young men, crashing the boat into the sides of the river and shouting at people after stealing it from Saxilby in Lincoln.

Mechanic Sean Chambers was left dumbstruck when he discovered his home had vanished after returning from work at around 7.30pm on Monday, April 16. 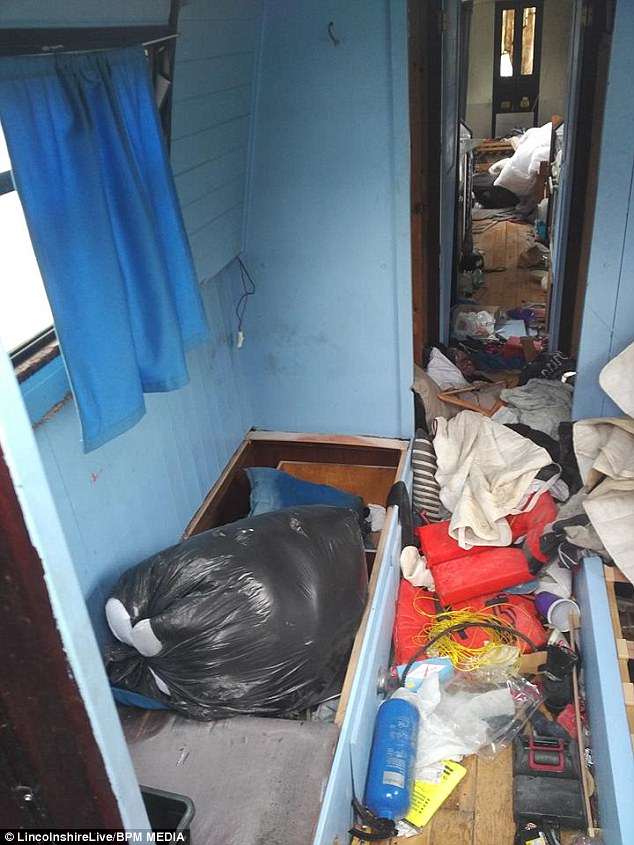 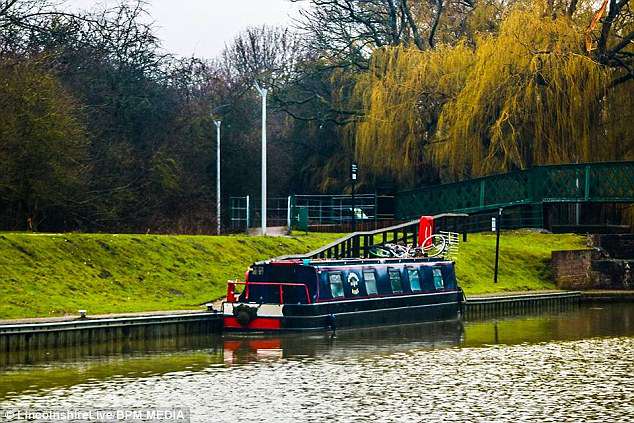 It took Mr Chambers several years to track down his house boat, pictured, in Lincoln

After several frantic hours of searching, the 23-year-old eventually found it in Stamp End – but the inside had been ransacked and his valuables stolen.

He said: ‘From what I’ve been told, they weren’t being very inconspicuous at all.

‘They were scraping it along the sides of the river and crashing it into stuff.

‘People have said they were swearing and shouting, and picking up girls.’

Mr Chambers launched an appeal for information on social media after the crime in a bid to track down those responsible.

People across the county shared his story and pictures to help after more than £1,000 worth of goods was stolen from the boat.

One woman from Wales got in contact with him to offer him money while another person has set up a crowd-funding page to help him get back on his feet.

Mr Chambers said: ‘Lots of people have either come forward with information or offered to help me.

‘It is really amazing how everyone has come together – it has blown me away.

‘Even a woman from Wales messaged me and said that if I sent her my details she would send me some money.

‘I have had a lot of people message and one person said he recognises them and has rang the police.’

A fundraising page has already raised £200 for Mr Chambers, and he said ‘he can’tthank the people behind it enough’.

If you have any information about who took the boat, contact the police on 101 and quote incident number 473 of April 16.