The JPMorgan Chase CEO, Jamie Dimon, has emerged as a supporter of Donald Trump’s corporate tax cuts and deregulation.

Dimon, who heavily criticized the president at an event in New York City last September and apologized soon after, said Trump deserves ‘some’ credit for making the economy stronger.

In an interview with Yahoo Finance Editor-in-Chief Andy Serwer, that aired on Yahoo Finance, Dimon said that the country needed tax reform.

‘All my liberal New York friends would never agree with me. But the fact is, we needed tax reform,’ he said.

Dimon welcomed the reduction in the corporate income tax rate, cut from 35 per cent to 21 per cent.

He believes the cuts are making the U.S. more competitive with other countries in efforts to attract industry.

He also thinks a reduction in the corporate income tax rate will be good for the U.S. long-term.

‘Some is going to stock buybacks and all that, but that’s capital,’ Dimon said. ‘That’s just giving capital back to be reinvested. The real benefit is cumulative reinvestment in the United States over the next 20 years, and that will be substantial.’ 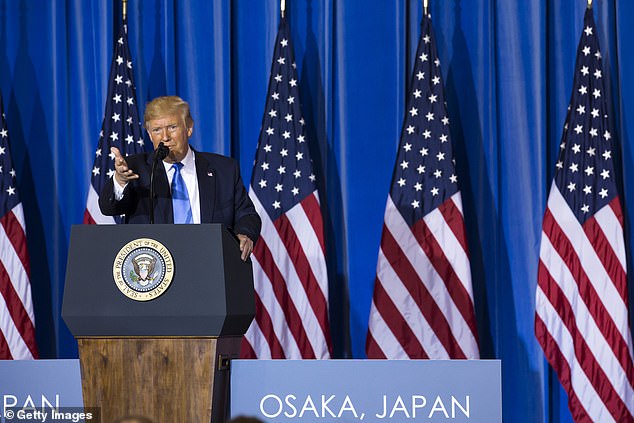 Donald Trump speaks during a press conference after the G-20 Summit in Japan on June 29. Trump and Dimon have maintained a good working relationship. Dimon chairs the CEO Roundtable and discussed economic policy with Trump in a meeting at the White House earlier in June

‘Regulatory reform, we needed,’ he said, referring not to banks but to ‘red tape and bureaucracy’ that makes it harder to build homes and start businesses.

Last September Dimon criticized Trump at an event held at JPMorgan Chase HQ in New York, predicting he would win against the president in an election.

‘I’m as tough as he is, I’m smarter than he is,’ the CEO added, saying he didn’t get his money ‘from his daddy.’

He backtracked on the comments soon after.

‘I should not have said it. I’m not running for President,’ Dimon said in a statement. ‘Proves I wouldn’t make a good politician. I get frustrated because I want all sides to come together to help solve big problems.’ 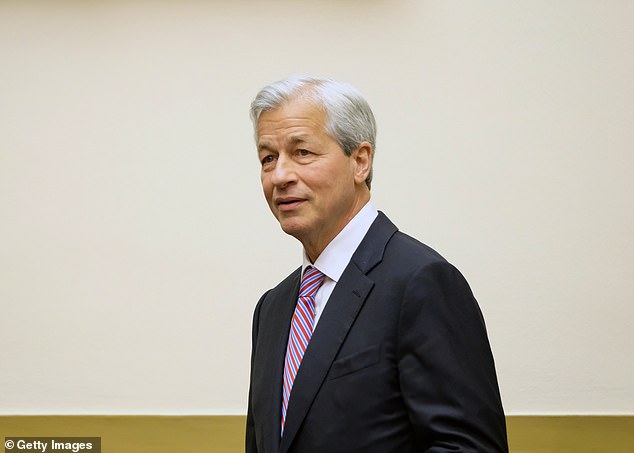 In April Dimon appeared to levy some criticism at Trump in his annual shareholder letter and suggested that American political leadership had worsened global instability.

However, the two men have maintained a cordial working relationship.

Dimon chairs the CEO Roundtable and discussed economic policy with Trump in a meeting at the White House earlier in June.

The Mexico trade deal, China tariffs and immigration were some of the subjects on the table for discussion.

‘That’s our job, try to help him do the best he can,’ Dimon added.