Judge delays sentencing paedophile, 24, so he can go on HOLIDAY

A paedophile has had his sentencing postponed so he can enjoy a holiday in the Lake District.

Kristopher Cook was due to find out if he would be put behind bars for attempting ‘penetrative sexual activity’ with a child, a crime which carries a maximum sentence of 14 years.

But Cook, 24, has been told by Judge Amanda Rippon that he is free to first enjoy a pre-booked mini-break with his family despite facing a potential jail sentence.

Cook, who admitted to trying to engage in sexual activity with a child aged under 16, will instead be sentenced a week later in a move dubbed a ‘joke’ by Dark Justice.

‘What sort of message does that send out to victims,’ said a member of the paedophile hunter group.

‘He’s been told to go and enjoy himself, when any potential victims may have had their lives ruined.

‘He has committed a crime so he should be punished, not told to go on holiday.’

Cook, from South Shields, Tyne and Wear, pleaded guilty to attempting to engage a child under 16 in sexual activity at a hearing on March 14.

The 24-year-old was warned he faced jail by Ms Rippon, who then agreed to the defence’s request of a delay for the pre-booked break.

‘It shouldn’t matter if it was pre-booked,’ added the Dark Justice member. ‘If he’s committed a crime, that should be more important than if he’s got a holiday booked.’

Unshaven Cook stood largely silent in the dock at Newcastle Crown Court as he entered his plea at the brief hearing.

A psychiatric report will also be carried out after the court heard Cook suffered from ‘a number of educational and emotional difficulties’.

Ordering an all options report, Judge Rippon told him: ‘I’m releasing you on unconditional bail so you are free to go on that holiday with your family.

‘It is possible you may be looking at a jail sentence.’ 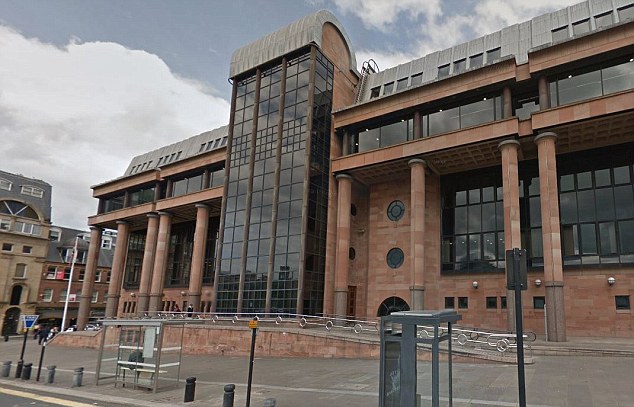