By Associated Press and Chris Pleasance for MailOnline

A federal judge has ruled that the family of a black teenager shot dead by police in Indianapolis cannot sue for use of excessive force.

Relatives of 15-year-old Andre Green, who was shot dead during a car chase in the city in 2015, launched a lawsuit against the officers who killed their son, arguing they violated his constitutional rights and did not have to use lethal force.

But, two years after the suit was filed, a judge threw it out of court on November 13, finding the officers are protected under a doctrine known as qualified immunity. 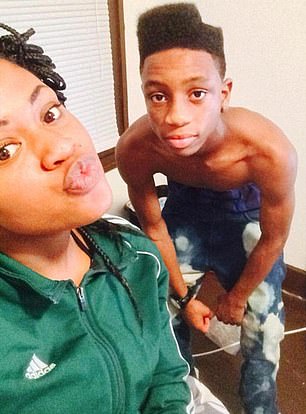 Andre Green (left, far right), was shot dead aged 15 in 2015 as he rammed police with a stolen car after they boxed him in during a chase

The doctrine protects government officials from being sued for judgement calls made during duties, provided their actions don’t violate ‘clearly established laws.’

Officers had been chasing Green in a stolen Nissan Altima after being called to reports of an armed carjacking and shots fired.

Police cornered Green in a dead-end street and say he rammed one police cruiser, backed into a second, and was pulling forwards again when they opened fire. 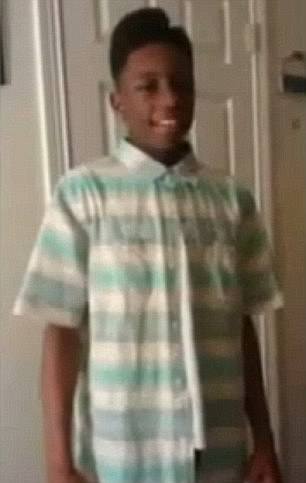 Green’s family had been trying to sue the officers for using excessive force, but a judge threw out the suit earlier this month

Officers fired 20 shots and later said they feared Green would have rammed into one of them. A handgun was also found at the scene.

Green’s family said the teen slowly drove the stolen car into one of the patrol cars, striking it once before three officers opened fire on the moving vehicle.

U.S. District Court Judge Patrick Hanlon ruled in favor of the city and the officers on Nov. 13, ending the lawsuit prior to trial, The Indianapolis Star reported.

Hanlon’s order said Green’s family failed to prove that the officers were not acting reasonably when they used force.

‘Mr. Green was suspected of having committed an armed carjacking with shots fired. And once blockaded on a dead-end street, he tried to escape instead of stopping the Nissan or surrendering to officers,’ the judge wrote in his order.

‘Based on these facts, the officers reasonably recognized that Mr. Green presented serious danger.’

Trent A. McCain, a lawyer for Green’s family, said they will decide in the coming weeks whether to pursue an appeal. 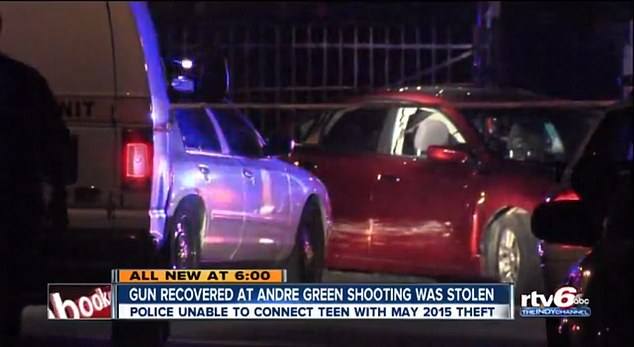 Officers had been called to reports of an armed carjacking when they cornered Green then opened fire, shooting 20 rounds and fatally wounding him

John Kautzman, an attorney representing the officers, said ‘there are no winners when an officer is forced to use deadly force.’

He said the defendants ‘appreciate the court’s careful analysis and its conclusion that the officers acted reasonably based upon the circumstances.’