Home Work: A Memoir Of My Hollywood Years

Climb every mountain, Ford every stream’ sang Julie Andrews in The Sound Of Music, and this second volume of her memoirs shows that our Julie has climbed and forded like a good ’un.

For those who didn’t read that first instalment, Home Work offers a useful summary of Andrews’s childhood years. Now 84, she grew up in Walton-on-Thames on the outskirts of west London, where her great-grandparents had been servants and her grandfather on her mother’s side was a scallywag whose antics ensured that both he and his wife died of a sexually transmitted disease.

As for her parents, Ted Wells was a teacher and his wife Barbara a pianist. Alas, they were also alcoholics, and their marriage didn’t last long – perhaps because Ted wasn’t in fact Julie’s father. Enter the wicked stepfather, also called Ted, a boozer and bruiser. 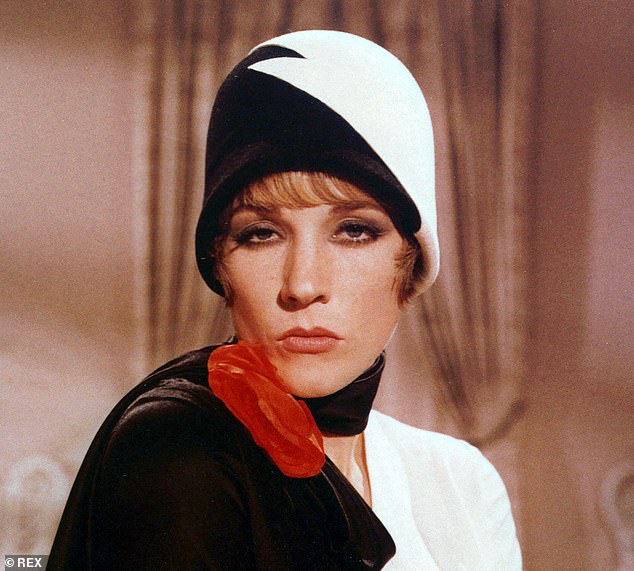 Julie Andrews’s (above as Millie Dillmount in Thoroughly Modern Millie, 1967) second volume of memoirs covers her Hollywood career in an astonishingly matter-of-fact tone

What’s astonishing is the matter-of-fact tone in which Andrews tells her story. Emotional storms rage around her, but she soldiers blithely on as if nothing matters but the soldiering.

One of the running themes of the early parts of Home Work is how Andrews and her first husband, costume designer Tony Walton, spent the bulk of their marriage separated by work. She barely seems to notice that her marriage is falling apart.

As with herself, so with others. Shooting Darling Lili for her second husband, director Blake Edwards, Andrews describes her co-star Rock Hudson as a less than passionate kisser, before adding that he was a ‘private man’. Well yes, he was, but now we all know what he was private about, why try to skirt the issue?

This isn’t to say that Andrews, the author of several books for children, is a bad writer. Her description of the producer Martin Ransohoff as ‘a stocky fellow with a wispy comb-over’ wouldn’t be out of place in a Raymond Chandler mystery.

As for the moment when the wires malfunction during a Mary Poppins flying sequence and Andrews ‘lets fly a stream of colourful expletives’ – sorry Julie, but no spoonful of sugar could help that medicine go down.