JULIE BURCHILL was worth millions, but her hedonistic lifestyle left her broke…

My nearest and dearest would confirm that I am many things – punctual, spiteful, fun – but none of them would ever say I was sensible. Especially when it comes to money. I have racketed around in the red for much of my adult life, practising the easy-come, easy-go theory of fiscal attraction; this has made my financial journey to the age of 63 something of a rollercoaster. But as the fast ride slows to a serene ending, I can look back and marvel at how lucky I’ve been. Why did I never go bankrupt? Why aren’t I living on the streets? It could so easily have happened.

I wasn’t born into money: my parents were factory workers, but they were very generous. A study at the Hebrew University of Jerusalem discovered that there is a ‘generosity gene’ after an experiment in which more than 200 ‘players’ could choose to keep the money they were allocated, or to give all or part of it to another, anonymous, player. After DNA testing, it was found that those who had variants of a gene called AVPR1a gave on average nearly 50 per cent more money. The sensation that we feel after giving time and/or money for the benefit of others is known by scientists as ‘givers’ glow’, triggered when part of the brain becomes flooded with dopamine, oxytocin and endorphins.

JULIE BURCHILL (pictured): ‘I have racketed around in the red for much of my adult life, practising the easy-come, easy-go theory of fiscal attraction’

Whoever said it was better to give than to receive was right; many studies have found that people are happier when spending money on others rather than on themselves, enhancing a sense of purpose and improving physical health to the point of increasing lifespan. An only child, I am proof that the jibes about us Not Sharing are false; there was so much to go around – relatively – that I never felt the need to grasp at anything.

Thus the paradox began of me being the most selfish yet most generous person I’ve ever known. A note to my haters: you’ll be smirking, ‘Trying to buy friends now!’, but it may be something far worse than that. ‘You pay people to go away,’ an ex sex-worker friend once told me after I failed to show up for lunch with her (I was having more fun elsewhere), but thoughtfully rang the restaurant to ask them to give her anything she wanted – plus a bottle of their second-best champagne. ‘You’re like the men who used to pay me to have sex with them – they were paying me to leave, too.’

I liked to spend on a good time: drugs, five-star sunshine and hotel parties

It does sound a bit bad when you put it that way – but then, I never wanted to be a Nice Person, I wanted to be a famous writer. I took for granted that that would make me rich too; my teenage heroes were, predictably, Dorothy Parker and Oscar Wilde, and obviously those dry martinis and catamites had to be paid for. But I would pay for everything, I daydreamed, stuck in double maths – big drinks all round, not just a handful of fags and a few Candy Kisses for my comprehensive crew. I decided young that stinginess is halitosis of the soul.

At 17 I got my start as a writer at the New Musical Express; small fame, but no fortune. As so many bright-eyed kids wanted to write for the pop press they could afford to pay us peanuts; a thing called Music-Paper Malnutrition existed – luckily, we were all so keen on being skinny and pale that we didn’t mind. My boyfriend and I collected returnable bottles from bins to get the tube fare into work, and because we were young and in love, being poor somehow added to the glamour. But like Marxism and love bites, poverty is rubbish past the first flush of youth.

During my first marriage, we often found ourselves dependent on handouts from our parents, but I hadn’t left one humble home to waste my youth and beauty in another. So I bolted from my Essex abode – leaving behind my young son and my first husband. It was callous behaviour – but I had to get back to London and have another bash at finding my fortune. The man I ran off with had a trust fund, but I was determined to make my own money.

I’d come to the right place. The technicolour London I returned to in 1984 couldn’t have been more different from the grim black-and-white one I’d left as a teenage bride to return to my husband’s home town. This was the Sexy-Greedy 80s – the last lush (in both ways) years before the internet made print and publishing a more streamlined beast. Three-hour lunches in Soho were the norm when being courted by editors, and many a time I reflected that the road to L – L’Epicure, L’Escargot and L’Equipe – was paved with good intentions. Here’s an example of how much money I was earning when I went to work at The Mail on Sunday in the 80s: with just my salary I effortlessly got a mortgage for a three-bedroomed flat in Bloomsbury while still in my 20s. Try that now! 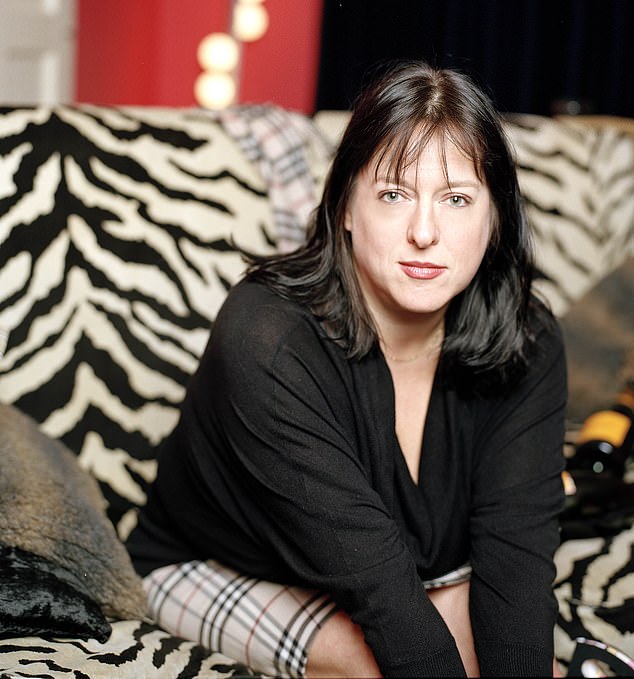 During my first marriage, we often found ourselves dependent on handouts from our parents, but I hadn’t left one humble home to waste my youth and beauty in another

Despite this, I regularly found myself in the red – until my handler at the newspaper told me that there was a thing called ‘an advance on expenses’. It sounds like I’m making it up, but there was a vault beneath the Mail building; you’d get a note from the boss and on presentation of it, a cashier would hand over a huge wad of notes.

But I was still broke. What was I spending it on? Predictably, cocaine – mountains of the stuff, averaging around £500 a week, which I trailed in my wake like Johnny Appleseed. Loads of this was shovelled up the noses of the bright youngsters who worked at the other great source of money-chucking, my magazine The Modern Review. One month we ran an ironic home-shopping catalogue supplement which featured a Julie Burchill doll, basically a Barbie dressed in black with dark hair: ‘Pull the string and she tells you how much she earns.’ But I was never interested in status symbols or designer labels even when I was a size 10. Though I loved making and spending money, I never wanted things and I find people who talk about ‘retail therapy’ tragic.

I liked to spend on a good time for myself and whoever was around, whether it was on drugs, five-star sunshine or hotel lobby parties which could easily come to a couple of thousand pounds for one evening.

But halfway through the 90s, I had a bit of burnout – and moved to Brighton seeking a new start. Sound of hollow laughter! First I bought a pink party house with an outdoor pool – of all the money pits in the world, a swimming pool is by far the most efficient way to burn cash. I was relieved when in 2004 I sold the house to a developer. But the bad news was that I sold it for £1.5 million. It was like giving a family-size tin of Quality Street to a stoner – now Le Grand Désinvestissement could begin in earnest. I parted with a quarter of a million in the first year alone, shelling out for friends, strangers and stray dogs with promiscuous glee.

My spending had taken on a reckless air by now; The Red Shoes starring Viv ‘spend, spend, spend’ Nicholson. In Barcelona, drunk at an alfresco restaurant, I started giving money to passing beggars and was vaguely aware of a queue forming; the next morning my husband informed me that the queue had included the owner of the restaurant. 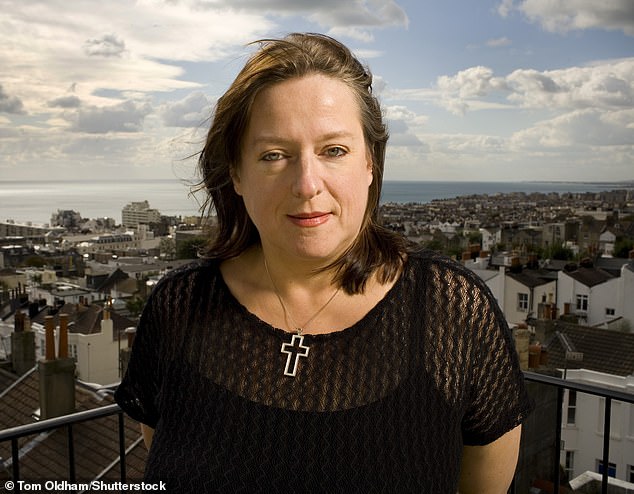 When my bank manager came down from London to cut up my credit cards, I cried and he gave them back to me. Pictured: Burchill in Brighton in 2007

In Brighton, I gave away three Rolexes to people I barely knew. One Christmas I was buying one Diptyque candle in every fragrance at Space NK; suddenly seeing the reality of setting fire to thousands of pounds pop up on the credit card machine, I said to the shop assistant, ‘What’s your favourite charity?’ He looked surprised: ‘It’s called Whizz-Kidz ‒ my little brother can’t walk and they’ve helped him so much.’ Writing an equivalent cheque for the astonished young salesperson completely cancelled out any subsequent self-loathing which might have marred the festive season.

Of course I crashed – but somehow, I didn’t burn. When my bank manager came down from London to cut up my credit cards, I cried and he gave them back to me.

But this couldn’t go on forever; discovering that a neighbour was a hypnotist (we’d met before, she reminded me, when I was buying drinks for everyone in a Brighton bar) I asked her if she could cure me of my apparent addiction to going broke. What followed was perhaps the drollest episode yet in my tempestuous love affair with money. My husband reminds me: ‘For the three weeks it worked. You’d walk past beggars saying, ‘They should get jobs!’ but your hand would still be reaching for your wallet, with a mind of its own!’ 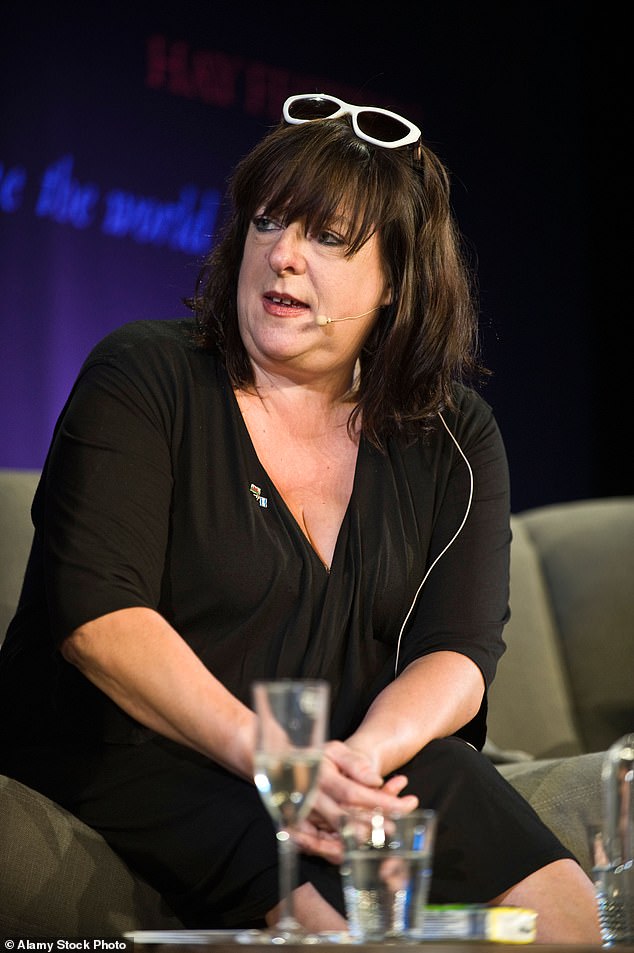 This isn’t a redemptive riches-to-rags story in which I end up broke and humble. I stopped looking at price tags when I was 25, and at 63

And then I was back to my old sailor-on-shore-leave-and-just-won-the-lottery self. Luckily, I had a Banksy under the bed (yes, I know my life’s unusual) so I sold it and bought a flat – an Art Deco jewel-box with a sea view. During lockdown, I grew to love being alone there in a way I’d never felt about any other place I lived; I didn’t want to lose this one. When the world opened up again, I was going to do it differently.

This isn’t a redemptive riches-to-rags story in which I end up broke and humble. I stopped looking at price tags when I was 25, and at 63, nothing’s changed – if I want something, I’ll have it. But there’s not much I want now.

After my morning shift at a charity shop – where I now get my clothes, books and scented candles – I walk across the road to the bank. Once I had millions, then hundreds of thousands – but huge swathes of it would leave my account each week. Now, I make more money than I spend, for the first time in my life. Staring at my bank statement with something like disbelief, I walk out into the sunshine – and then I give my favourite beggar a tenner, because it’s still true what Andrew Carnegie said: ‘The man who dies rich dies disgraced.’