The BBC’s head of diversity June Sarpong has revealed she was left ‘heartbroken’ after being left out of a photoshoot involving all her white colleagues when she was at MTV in the 1990s.

The 43-year-old, who was a presenter on the channel at the start of her career, claimed its PR team decided not to include her in the shoot titled ‘MTV Ladies’ for SKY magazine in 1999.

Speaking to Chris Evans on his How To Wow podcast, she also described how producers throughout her career would regularly tell her she was ‘amazing’ but ‘black girls don’t sell’.

Regarding the photoshoot, she said: ‘SKY magazine for any of you that don’t remember it, in the noughties, was basically the coolest magazine around.

‘MTV decided to do a campaign with all the MTV girls, which is what we were called then. I mean you couldn’t get away with calling us that now, but we were the MTV girls.

‘It was Cat Deeley, Sarah Cox, Edith Bowman, Donna Air – so all of my white female colleagues and this was during the ‘ladette’ period.’

Sarpong began her media career with the radio station Kiss 100 and later became an MTV UK and Ireland presenter.

In October 2019, the presenter was appointed as the BBC’s first Director of Creative Diversity and she has often discussed the prejudice she has had to overcome. 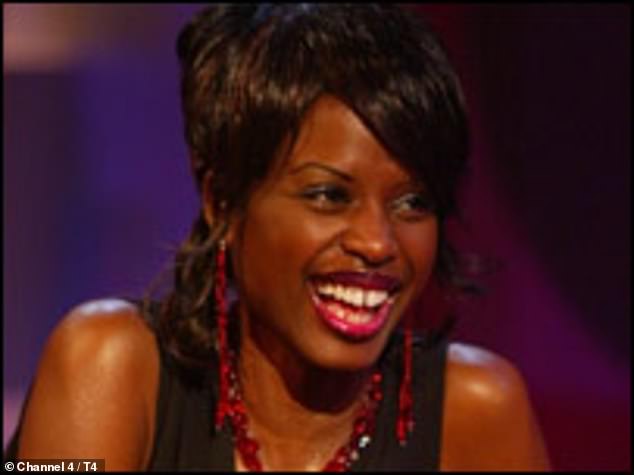 Sarpong began her media career with the radio station Kiss 100 and later became an MTV UK and Ireland presenter. Pictured: Sarpong on T4

She continued: ‘Basically, I wasn’t included in the shoot.

‘What later transpired was it wasn’t SKY Magazine that said they didn’t want me. The PR team at MTV had not put me forward for the shoot for whatever reason…

‘And it was a beauty shoot – just to put that out there.

‘The only thing that made it bearable was the way the audience responded. What happened was the audience, because at the time I had one of the most highly rated shows on the network, began calling up.

‘My agent said “OK, we have two choices we are either going to get really hurt and upset or we are going to use this as a way of teaching the teams this is unfair”.’

Sarpong said after speaking to MTV she successfully ‘renegotiated’ her contract.

She continued: ‘We went for the second option and we went in, renegotiated my contract and put it this way, I got a nice kitchen that year.’

The former Loose Women panelist also spoke about other incidents she had experienced over the years and said she was ‘often dropped’ because ‘black girls don’t sell’.

She said: ‘There were so many times where I would do a shoot and be told it was the cover and then at the last minute it would be dropped because they thought black girls didn’t sell. 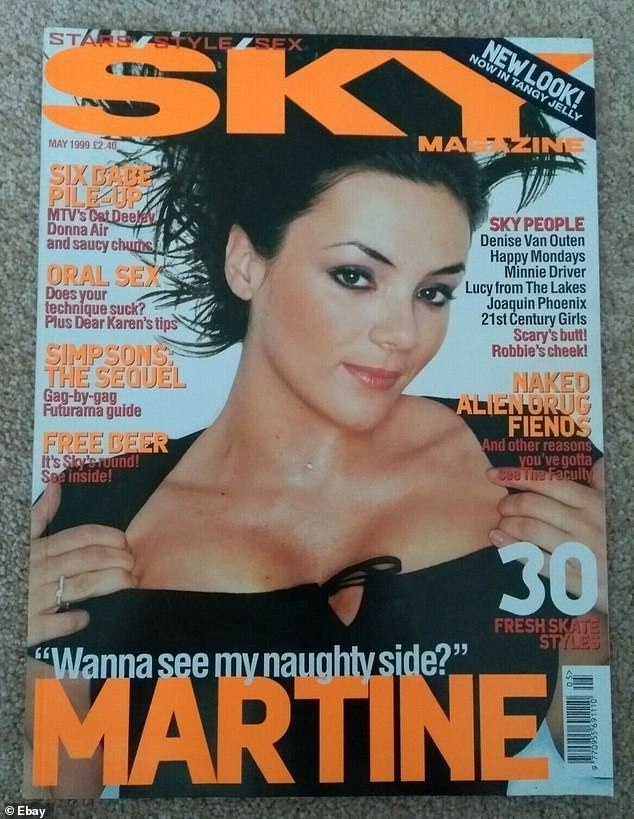 Cat Deeley, Sarah Cox, Edith Bowman and Donna Air were included in the shoot which is understood to have appeared in SKY magazine in May 1999

‘So many times producers would say we think she is amazing but we aren’t sure a mainstream audience will like her on a Saturday evening shiny floor type show.’

Sarpong recently praised new director-general Tim Davie for speaking out about the need to improve diversity at the BBC.

She spoke at a virtual Ofcom summit about being the only black person in the room at BBC conference meetings.

She has said that her work to reach under-represented groups would extent beyond black and Asian people to include working class communities and their concerns.

Sarpong said: ‘Often the BAME audience gets a lot of focus, in that the BBC doesn’t represent BAME audiences enough, and we talk about young people.

She has worked with the Prince’s Trust for two decades and was awarded an MBE on the Queen’s 2007 New Years Honours List for her services to broadcasting and charity.

She is a co-host of Sky New’s weekly current affairs show The Pledge, is the co-founder of Women: Inspiration & Enterprise (WIE) and wrote Diversify and Power Of Women.