Jurgen Klopp has confirmed Mohamed Salah will be fit to return in Liverpool’s Champions League clash with Napoli on Wednesday.

The Egyptian star had been left on the bench for the table toppers’ victory at Crystal Palace on Saturday, and could have been introduced had Roberto Firmino not bundled in another late winner for Jurgen Klopp’s men.

And the Liverpool boss revealed that Salah had been fit to feature at Selhurst Park, and will return to the starting line-up for the club’s European showdown in mid-week.

He said: ‘Mo is all good. He couldn’t train for nine days.

‘We had to make the decision whether to start him or not. We didn’t start him, we were about to bring him on when we scored the winner. 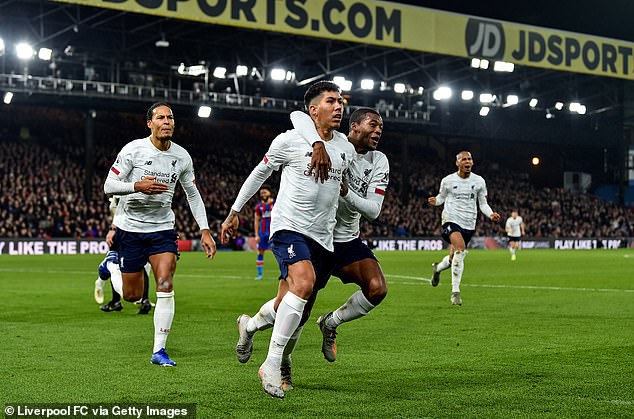 ‘So we could rest him today. That’s really good. Wednesday he will be back.’

Salah had been struggled to shake off a ankle injury in recent weeks after a challenge from Leicester’s Hamza Choudhury last month, and was an unused substitute in London on Saturday.

Sadio Mane had opened the scoring for the European champions after VAR drama chalked off Palace’s opener, and Firmino tapped home just minutes after Wilfried Zaha’s leveller to tighten Liverpool’s grip at the top of the table.