‘We have to be sensible’: Jurgen Klopp faces nervous wait to see if Mohamed Salah and Andy Robertson are fit for Liverpool’s trip to Crystal Palace… but Virgil van Dijk is set to feature

Virgil van Dijk is available for Liverpool’s trip to Crystal Palace on Saturday but Jurgen Klopp faces a nervous wait over Mohamed Salah and Andy Robertson.

Van Dijk withdrew from the Holland squad for the match against Estonia in midweek, while Salah and Robertson missed international duty with Egypt and Scotland due to ankle injuries.

‘Virgil is 100 per cent available. I cannot say 100 per cent for the others,’ Klopp said at his Friday press conference at Melwood. 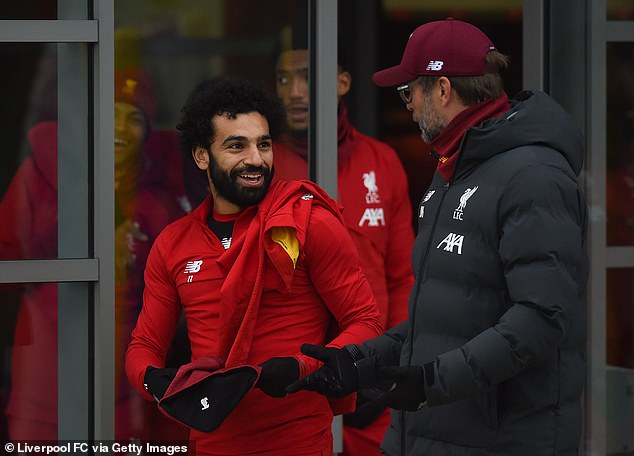 ‘Yesterday Mo trained, he trained all the time since he has been here but only doing the things we want to do.

‘Today, we can make a decision. It is not that it has got worse, it is just that it is there. We have to be sensible. I didn’t make a decision (about playing against Palace) but if I did, I wouldn’t tell you.

‘Today is an important session with the players who came back late – Bobby (Firmino), Fabinho, Gini Wijnaldum. You have to wait until the last second to make a decision but nobody came back injured.’

Xherdan Shaqiri is also set to return to the first team fold after missing over a month through injury.

And Klopp dismissed fears that the Swiss playmaker is unhappy at Anfield after falling down the pecking order towards the end of last season. 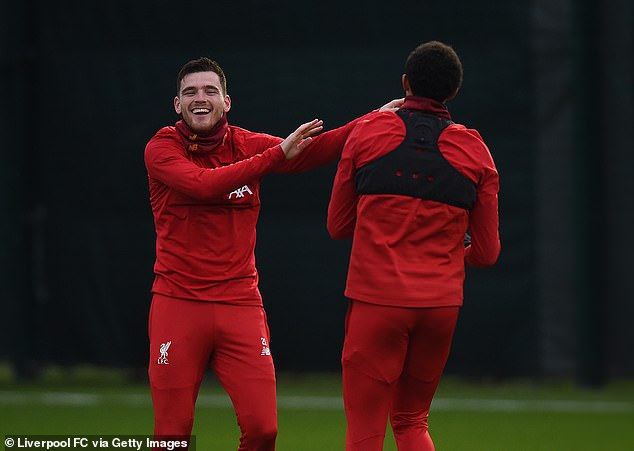 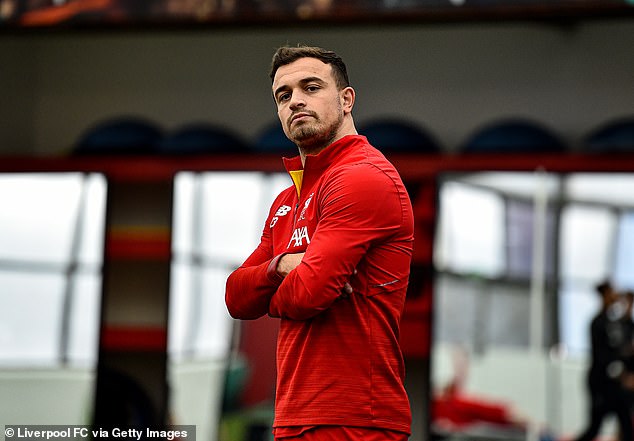 ‘He was injured for five weeks and before that we spoke about the time he had less games than he wanted to,’ Klopp said. ‘When I am with him he is fine here, speculation is speculation and nothing we can change.

‘I have no idea what I can say about it. He absolutely has a future here. This season, he is a very, very important player for us. He needs to be fit for the impact he can give us and that is all we are focused on.

‘He will be ready for the most intense period if nothing else happens and we will see him on the pitch.’