Jurgen Klopp showed no signs of pressure ahead of Liverpool’s huge Champions League clash with Paris Saint-Germain after he was soothed by his French translator’s voice during a pre-match press conference.

As the translator smoothly finished off the translation, Klopp sat back before removing the earpiece to comment on the man’s voice. 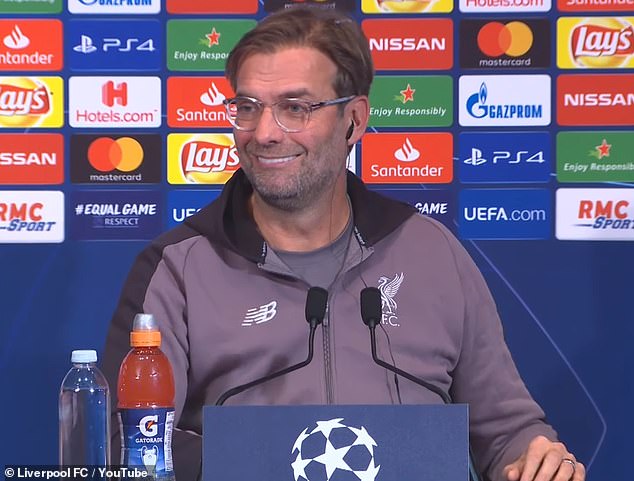 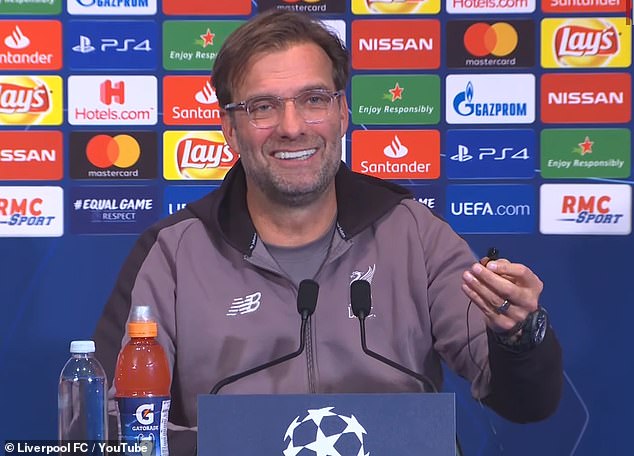 Before answering the question, Klopp removed his earpiece to compliment the voice

As the room of journalists laughed as the comments, Klopp added: ‘Congratulations. Wow! Again please.’

While Klopp may have been wowed by the translator’s voice, he will be hoping to be impressed by his side’s performance when the Reds face PSG at the Parc des Princes on Wednesday evening.

A win for the Premier League outfit could secure their place in the knockout stages, if Napoli were to win their game with Red Star Belgrade, but Klopp is wary of the threat posed by PSG’s very exciting – and very expensive – front three. 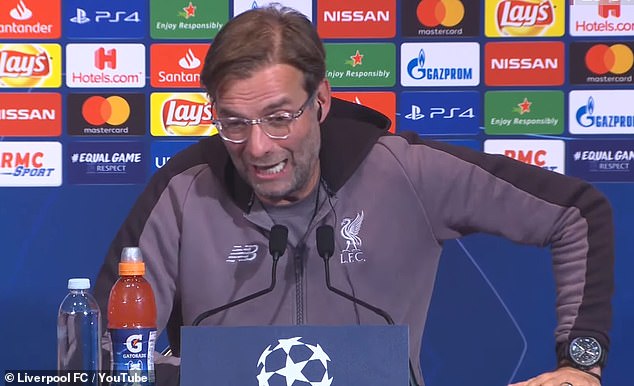 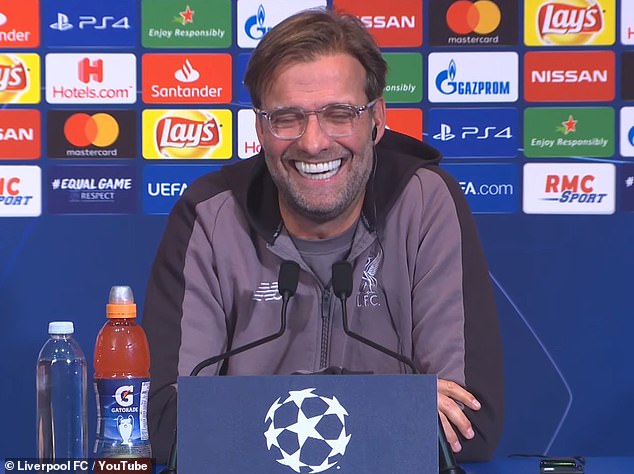 ‘Paris are a real package, defensively and offensively,’ said Klopp. ‘You have all their offensive players, then Adrien Rabiot, outstanding, Marco Verratti, the whole world wanted him two years ago. You cannot ignore that.

‘If we are not at our peak, we have no chance.

‘So you have to play football against them or you will never get rid of the pressure. With the ball, they make constant pressure so if you have the ball you have to control the game. You need really big balls to do that.’