‘I’m not sure we’ve all thought it through’: Liverpool boss Jurgen Klopp again questions VAR use after admitting he was originally in favour of the system but feels football was ‘better before’

Jurgen Klopp has once again spoken out on the controversial model of VAR in Premier League and Champions League football, insisting things ‘were better before.’

After previously airing his impassioned views on the Video Assistant Referee system, Klopp was once again peppered with questions regarding its use ahead of Liverpool’s upcoming Premier League clash with Fulham.

Klopp admits he was in favour of VAR when it was initially suggested after being boosted by the hope of ‘right decisions,’ but feels the brains behind the concept itself have not thought things through. 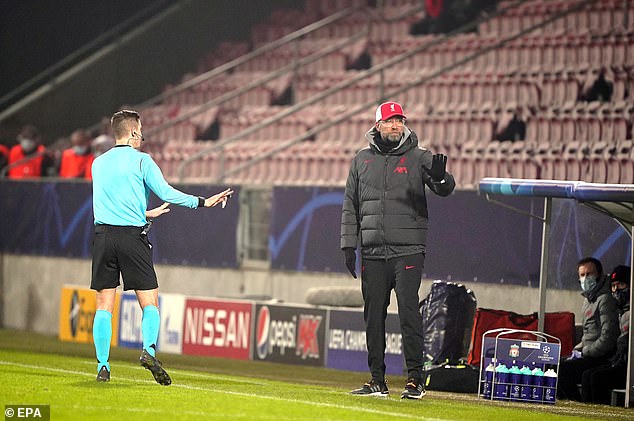 Addressing reporters in his pre-match press conference on Friday, Klopp began answering questions on VAR by once more pointing out how cold his players became during midweek Champions League action when repeatedly waiting for calls to be made.

‘This is one of those things I don’t like being asked, when we play in Midtjylland it was freezing cold, we had three or four decisions and together it was for sure 10 or 12 minutes [to decide] and it’s really cold,’ said Klopp.

‘Of course with all the things and how we deal with it here in the country, and in the Champions League was not much better to be honest, why would anybody say “it’s brilliant let’s stay like this.” 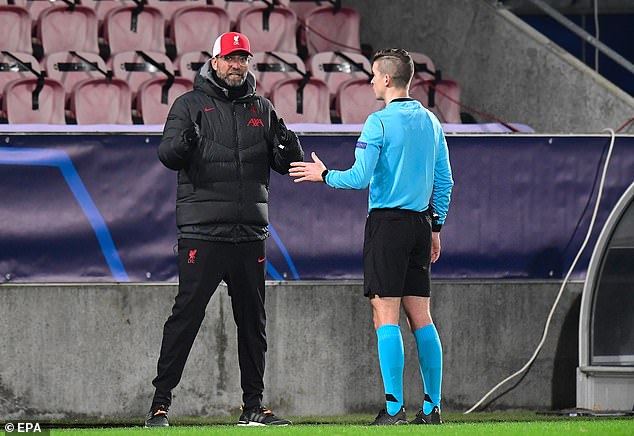 ‘We stop celebrating after goals and wait constantly, we have less than millimetre offside decisions and things like this, a lot of things are not like they were before that’s the truth.

‘When it first came up the idea of VAR I was rather in favour of it to be honest, I thought right decisions would be nice if it could have right decisions, but I’m not sure we’ve all thought it through properly, and how long will it take to get a right decision?

‘How much will that take away from the game we loved before? So it’s all true but I don’t have expectations about it.’

The Liverpool boss is now calling for more voices across sport and the media in general to speak out and air their views on VAR, in hope of helping the system be successfully fine-tuned as rapidly as possible.

Klopp added: ‘It would be really nice if other people have an opinion about it and write it down, don’t make the stories with only what we [managers] say.

‘I’ve said things before and I might have been wrong. It’s nothing to do with the tight decisions against us it’s in general. 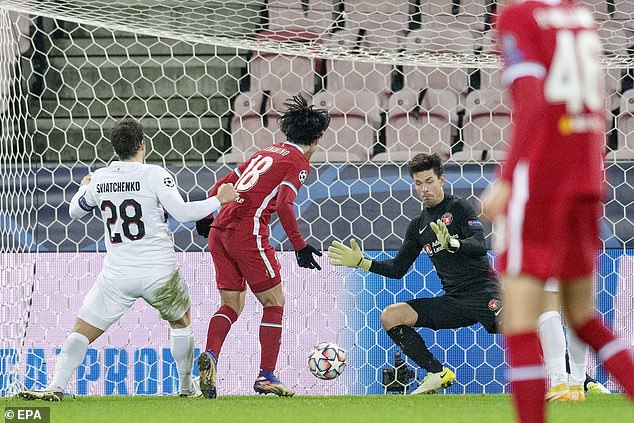 On Wednesday Liverpool conceded a penalty via VAR, before the system ruled out a Takumi Minamino goal in the second half of the match 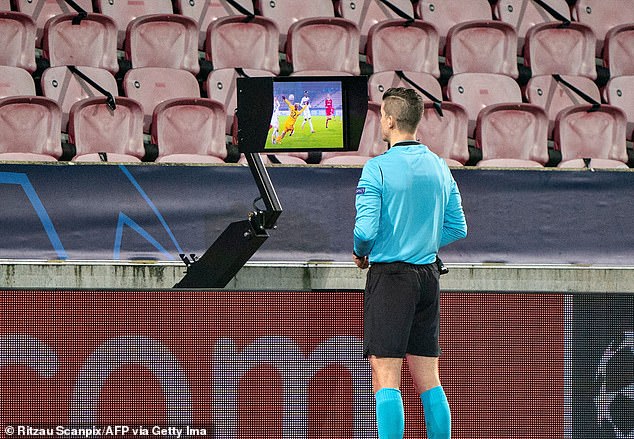 Klopp insist his issue is not just the ‘tight decisions’ against his team, but the system generally

‘A few things are not like they were before and there were better before. I think if you change something there should be just improvement and that’s for sure not the case.’

Klopp also offered an injury update ahead of his side’s trip to Fulham, confirming that Alex Oxlade-Chamberlain has returned to full training and will be in contention for Sunday’s squad.

Goalkeeper Alisson Becker also returned to training on Friday, and will face a late fitness test before the Reds determine whether he is able to feature in the match.

Klopp also confirmed both Kostas Tsimikas and the in-form Diogo Jota are being assessed after picking up knocks during midweek European action.