Jurgen Klopp smiles for the camera as Liverpool land in Munich

Jurgen Klopp smiles for the camera as Liverpool land in Munich ahead of Bayern test and declares: ‘We have a chance and that is all we need’

Liverpool arrived in Munich on Tuesday night with Jurgen Klopp in a bullish mood ahead of the second leg against Bayern in the Allianz Arena.

After a goalless stalemate at Anfield last month there is everything to play for in the return match in Bavaria.

And the German manager insists that he sees it as an opportunity amid growing calls from pundits for his side to forego European competition and concentrate on their title challenge. 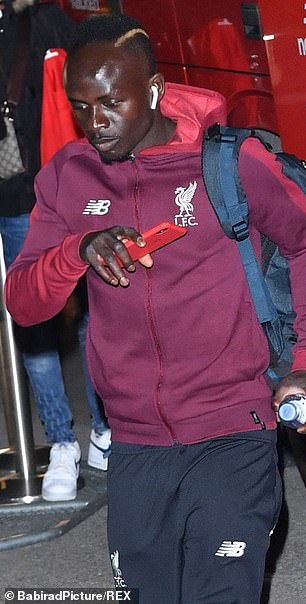 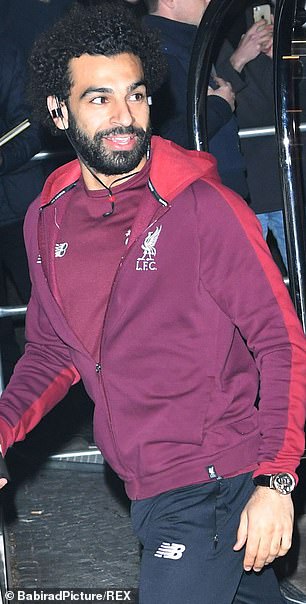 ‘We see it only as an opportunity,’ said Klopp, when asked what pressure he felt. ‘Win it or go out. Everyone knows you can go out against Bayern and no one will say, “How could that happen?” That’s how we see it. Clear. We wanted and we still want to prove our value again in Europe.

‘It is really important for the club to show we are a proper threat in that competition. With all the things we did in the last few years, that is exactly what happened. We are back on track but that doesn’t mean we now go through against Bayern.

‘We are in the race and we have a chance and that is all we need. We are not like kids thinking if we do not win it in the first leg we have no chance.

‘We have a chance and that is all we need. We are not out or through, but we are in it. That is what we have to use.’ 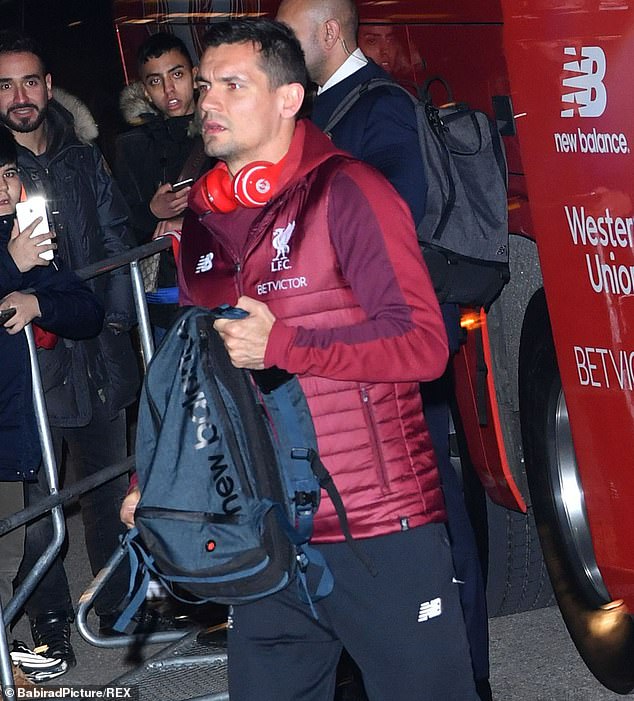 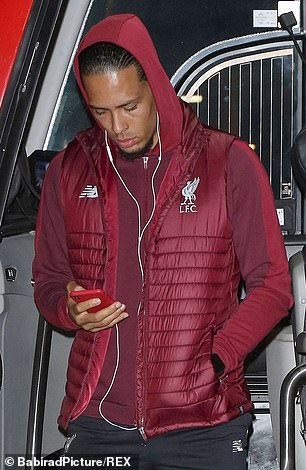 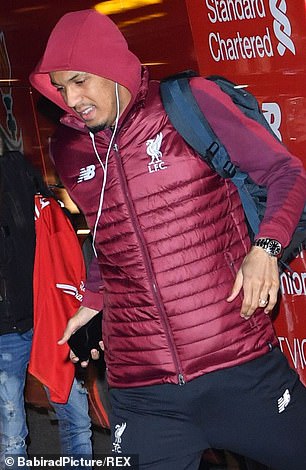 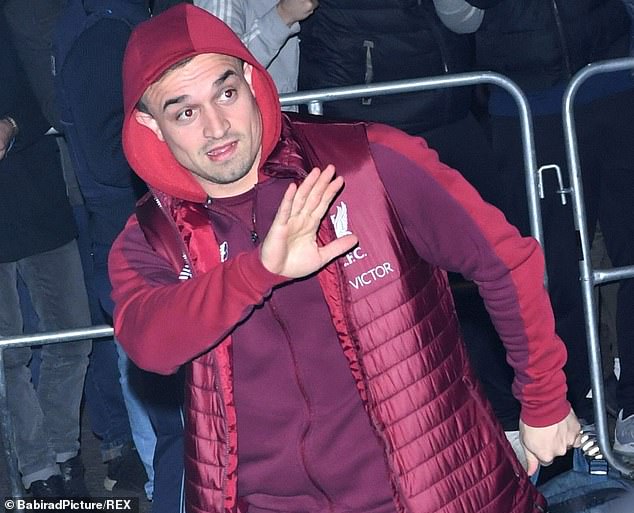 Gary Neville has led the calls for Liverpool to focus on their title bid, saying: ‘I’m going to say it: go out against Bayern Munich. That sounds like madness.

‘Of course, you’d never play to lose a game but it will be in Liverpool’s favour if they have a clean run as they can get everyone fresh.’

Mohamed Salah, Sadio Mane and Virgil van Dijk were among the first-team stars pictured arriving at the Hilton Hotel in Munich ahead of Wednesday’s clash.

Naby Keita stayed at home due to injury while Trent Alexander-Arnold’s fitness is being monitored due to a back strain.