Jurgen Klopp has warned his players not to be distracted by future assignments and demanded they make no errors as Liverpool aim to reach the Champions League last 16.

Liverpool are on the cusp of the knockout stages, having won three consecutive games against Genk and Red Bull Salzburg after they began their Champions League defence by losing 1-0 to tomorrow night’s opponents Napoli.

If Klopp’s side win again at Anfield, they would have the luxury of being able to travel to Salzburg in two weeks without anything riding on the game – three points would enable Liverpool to win Group E. 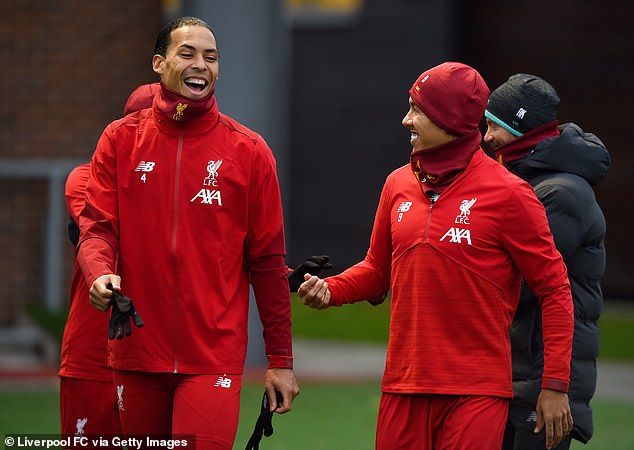 The spin-off of that would be Klopp having the opportunity to rest key players ahead of Liverpool’s attempt to win the Club World Cup in Qatar but Klopp has warned against the peril of looking too far ahead.

Napoli’s fortunes have tailed off since the two teams first met in September – Carlo Ancelotti’s side were successful with two late goals – but Liverpool’s manager is not taking anything for granted.

‘The biggest mistake we could make would be to think about what would happen if we win it,’ said Klopp, who says Mohamed Salah is ‘in good shape’ after sitting out Saturday’s 2-1 win at Crystal Palace.

‘But it is the same for Napoli. That is how it is. All these things are not really in our mind. There are two weeks between tomorrow and Salzburg and three games in between so why should I think about Salzburg? Of course we try and win the game which would be massive for different reasons.

‘Especially after the start we had to the group. Napoli is a very very dangerous opponent, very strong. They won last year against in Napoli when we were really bad and this year when we were not bad and they gave a real fight last year in Anfield.’ 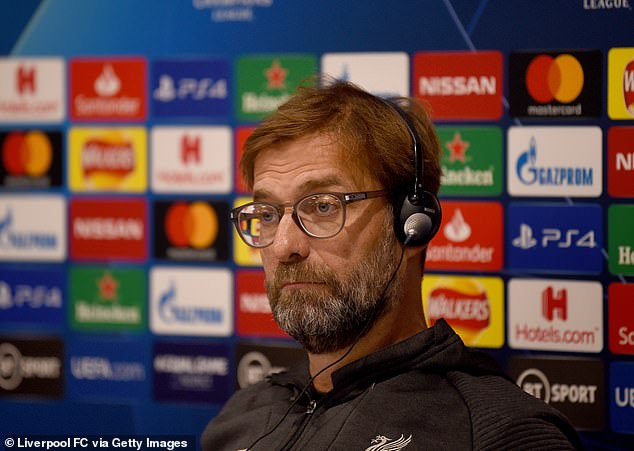 Klopp is not convinced Napoli are vulnerable due to the internal politics that have attracted headlines and he added: ‘What we expect it is will make them stronger. We have to expect that. I have no proper idea about what happened but if I was part of the team as a player I would try and bring the group together.

‘Carlo is the most experienced manager in world football and is used to dealing with difficult situations so he will make the best of it 100 percent. We are here. We are v ambitious. We want to go as far as possible in the Champions League and that means we have to win football games and tomorrow is a football game.

Andrew Robertson, who is managing an ankle issue but should face Napoli, echoed Klopp’s sentiments and said: ‘We just think we want to qualify for the last 16. I don’t think anyone is thinking win tomorrow and I don’t have to go to Salzburg. Since I have been here it has always gone down to the last game so it would be nice to qualify with a game to go.’