Jurgen Klopp has warned Liverpool’s players they will get eaten by Atletico Madrid if they repeat the performance that saw them lose their European crown.

The Wanda Metropolitano stadium holds special memories for Klopp, whose team won the Champions League here in June 2019, but their most recent visit in February 2020 was abject and ended in a 1-0 defeat in the last 16; Atletico completed the job at Anfield a month later, winning 3-2.

Klopp has never overseen a Liverpool win in Spain during his six years in charge – he has lost four and drawn one of five matches – and believes that sequence will be extended if there is any kind of drop from the blistering form they have shown in the Premier League. 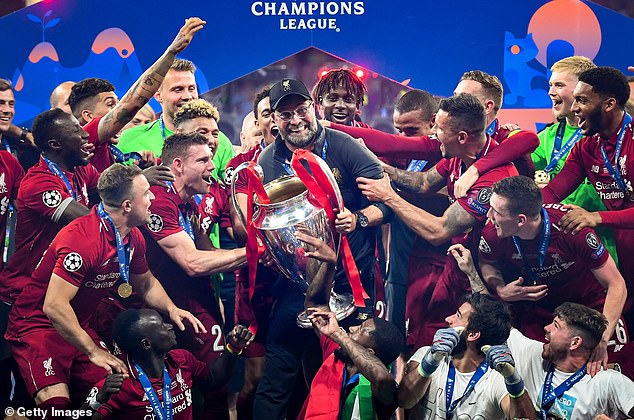 When asked whether a match with Diego Simeone’s side was the equivalent of a ‘football war’, Klopp said: ‘It is. Atleti are the best of them (those sorts of teams) because they have the best players. If you play Sevilla it was always similar atmosphere and fight, it’s a proper, proper fight.

‘The problem with Atletico is the quality they have and the desire they show. Would it be the style I wanted to play? No. I couldn’t, I’m not the person for it, but we are all different and that is why it is fine. We will face it.

‘It is all about winning football games but we played an an absolutely exceptional game at home against Atletico. 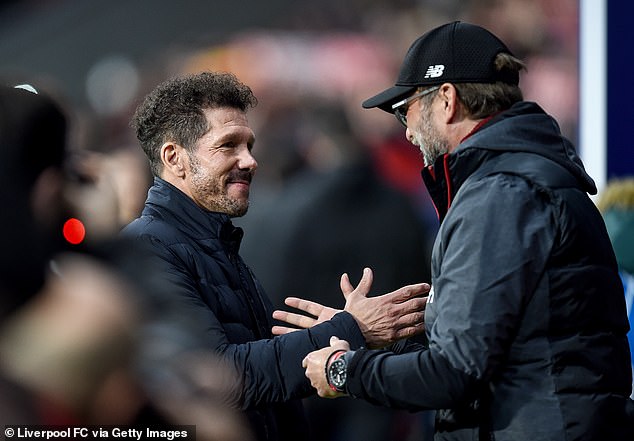 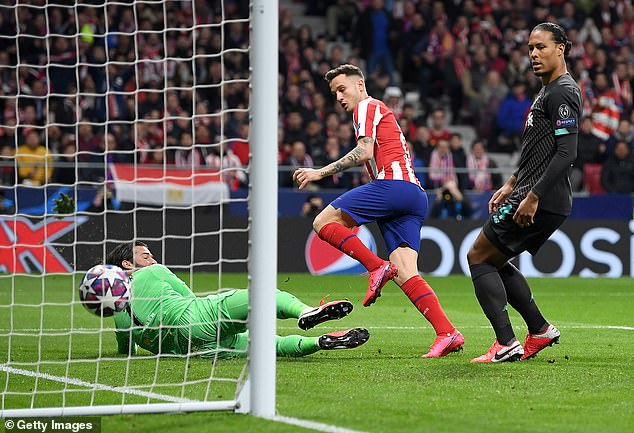 Liverpool couldn’t repeat their final success at the Wanda Metroplitano in 2020,  losing 1-0

‘We didn’t forget how bad we were there and I’m pretty sure Diego hasn’t forgotten how good we were at home so I am pretty sure there is a way of causing them problems but you have to play a top-class game and be incredibly brave. If you don’t do that, they eat you.’

Liverpool, though, boast Mohamed Salah in a run of outstanding form and Simeone described him as being ‘extraordinary’ yesterday when asked about his threat.

Klopp, having called him the best in the world on Saturday, now claimed he could be a potential Ballon d’Or winner – though there is no update on his contract talks despite the Egyptian’s agent, Ramy Abbas, being in England last weekend.

‘I have no idea how exactly you win the Ballon d’Or,’ said Klopp. ‘If it’s about being in the Champions League final, scoring the most goals, then it could be slightly difficult but if it’s about performances over the last two years then he has a chance from my point of view but I’m not involved in the competition.

‘Does he get the recognition finally? Internally he always got it, externally I don’t know. After two goals he scored now people think all of a sudden because of that he could be the best player in the world is a bit strange.’