Liverpool boss Jurgen Klopp said he was not surprised by the ‘mature’ performance delivered by Harvey Elliott in the 2-0 win over Burnley.

The 18-year-old midfielder, who was on loan at Blackburn last season, was handed his first Premier League start by Klopp at Anfield on Saturday.

His eye-catching display included playing a part in the creation of the second goal, scored by Sadio Mane in the 69th minute, having earlier set up a Mohamed Salah effort that was ruled out for offside following a VAR check.

Klopp, whose side took the lead via Diogo Jota’s 18th-minute header, said: ‘Everybody wants to speak to me about Harvey and I understand absolutely, when an 18-year-old boy plays such a mature game, I can understand that everybody is asking.

‘But I was not surprised he played like this. That is exactly how he trained now for six or seven weeks since we are back, since he is back from loan. Yes, it was good.’

Klopp also praised his full-backs Kostas Tsimikas and Trent Alexander-Arnold, who each registered an assist. 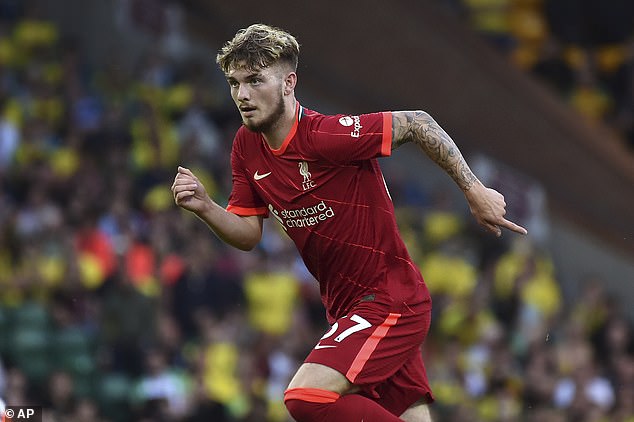 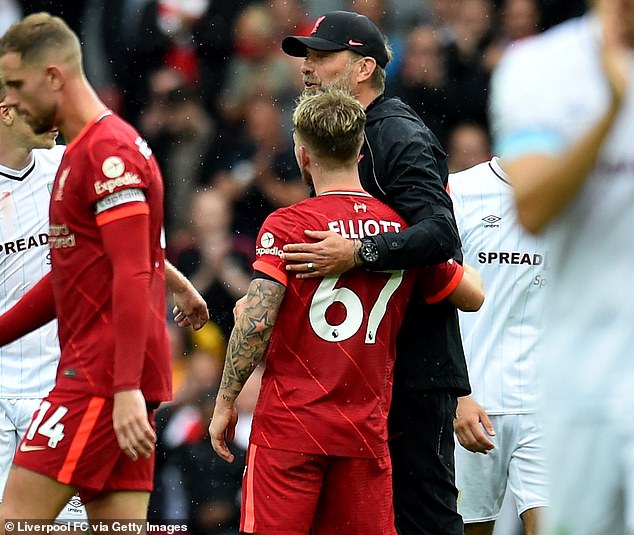 ‘Both full-backs had a really good game. Both spectacular, if you want, with two nice (assists) – Kostas with the cross (headed in by Jota) and Trent with the little cheeky curve ball or whatever for Sadio,’ Klopp said.

‘I think everybody thinks both full-backs played a good game in this situation – that means they were defensively good as well.’

While Liverpool, with fans at Anfield en masse for a Premier League game for the first time since March 2020, made it back-to-back victories at the start of their campaign, having won 3-0 at Norwich last weekend, it was a second defeat from two for Burnley. The Clarets had been beaten 2-1 at Turf Moor by Brighton in their opener a week earlier.

The club have made two signings since the end of last season in defender Nathan Collins and goalkeeper Wayne Hennessey, unused substitutes in both of the games so far. 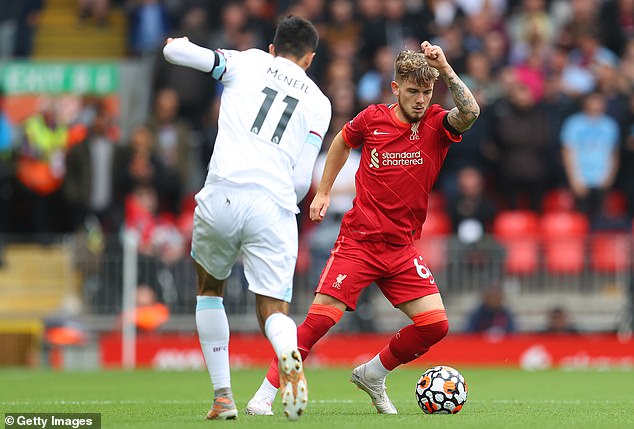 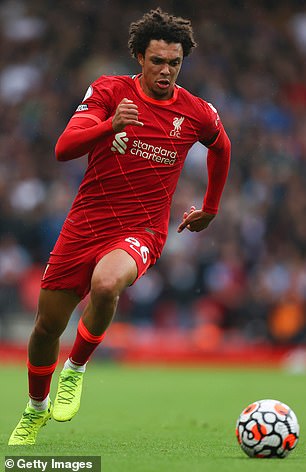 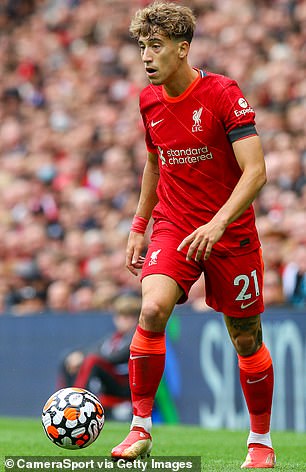 Boss Sean Dyche was asked after the Liverpool match how disappointing or challenging it will be if no further addition is made to his squad before the end of the transfer window.

Dyche said: ‘It is not necessarily disappointing because it has been life at Burnley ever since I have been here. That has always been a challenge.

‘There is some financial situation that I think is slightly more open-minded, but we’ll see. It still has to be the right players, I’ve said all along. The model is what it is. I don’t think the new ownership (Burnley were taken over by ALK Capital midway through last season) is going to rip it up.

‘I think it is more a case of can we stretch a little bit, but within that you’ve still got to find the right players. There is only so many out there that fit in our model. 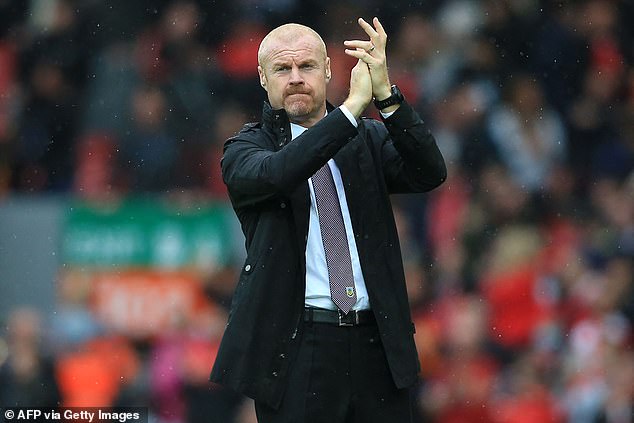 ‘The market doesn’t care for our model. Ours is a very good one in the Premier League, as a business it has been very good – very challenging, but very good. But football doesn’t care for that, doesn’t judge you on whether your business model is good. It judges you on getting players out there who can win games.

‘We have to keep working hard to find that balance and therefore get the players in when we can, and the ones who can help us.’

Dyche also said regarding Ashley Westwood and Matej Vydra, absent on Saturday due to a toe problem and knock respectively: ‘We don’t think they are too serious.’