Just stuff it in! TSA says it’s OK to pack a whole cooked turkey in your carry-on luggage

Just stuff it in! TSA says it’s OK to pack a whole cooked turkey in your carry-on luggage this Thanksgiving

While air passengers are still banned from travelling with bottled water in their hand luggage, the Transportation Security Administration say its perfectly fine to put a Thanksgiving turkey in your carry-on bag.

‘Who are we kidding, we know you always travel with extra room in your carry-on just in case you need to transport the Thanksgiving piece-de-resistance,’ the TSA said on its website in a seasonally creative and humorous post.

‘So fear not, the cooked avian creature can tag along in your carry-on at the airport.’ 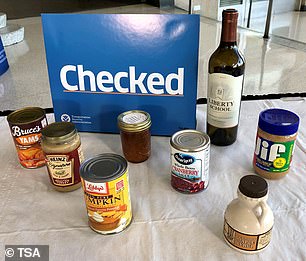 The TSA has released tips to help travelers make it to their Thanksgiving dinners Along with a cooked turkey, stuffing, and side dishes, desserts are also allowed in carry-on luggage. Any holiday wine must go in your checked luggage 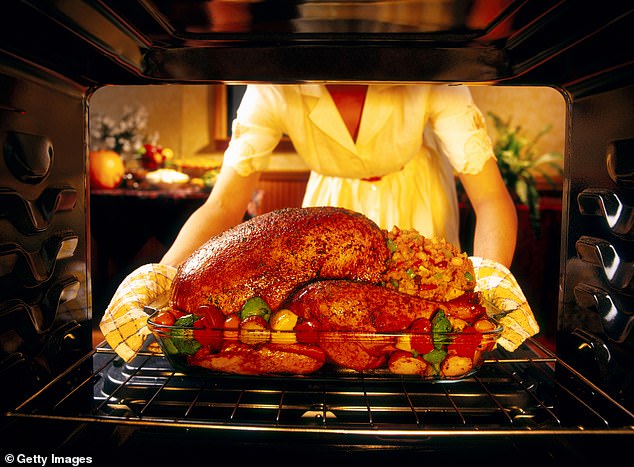 The average Thanksgiving turkey is 15lbs, but it might just squeeze into a carry-on bag (file)

The average turkey for the Thanksgiving festivities usually weighs around 15lbs which is rather a lot to carry around around and stick into the overhead bin.

But the TSA appears to be actively encouraging such meals and suggests bringing along side dishes including stuffing, mashed potatoes, mac n’ cheese, green bean casserole and candied yams – all of which are able to be brought on board.

‘Super foods got nothin’ on Thanksgiving stuffing! Whether it’s pineapple cranberry stuffing, vegetarian blueberry stuffing, or whatever other gourmet powerhouse stuffing concoctions you’ve created, these are welcome guests in your carry-on bags. Pack it up and to grandma’s house you go!’

‘Whether it’s homemade (booyah!), or straight from the superb aluminum can itself, cranberry sauce is good to go in your checked bags,’ the agency stipulates in a special Thanksgiving memorandum. 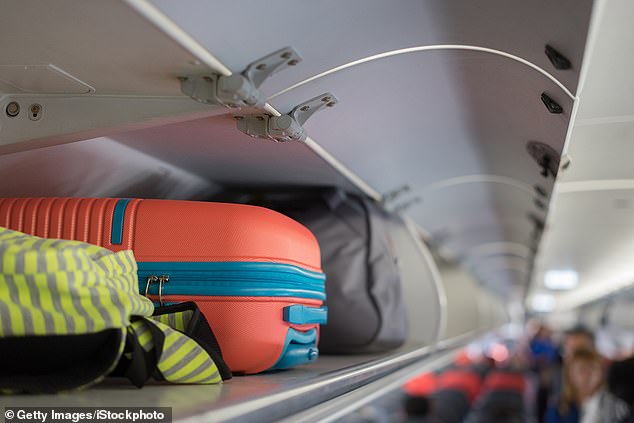 ‘Just make sure that any dishes containing liquids follow the 3-1-1 rule,’ the TSA reminds travelers.

The agency recommends packing deserts and cranberry sauce in dry ice to keep them cool.

The only thing that’s not allowed to be brought in hand baggage are bottles of wine.

‘Check yo’ bottles, in yo’ checked bags,’ the TSA reminds passengers in a festive reminder.

The TSA said it expects to screen 26.8 million air passengers and crew members from November 22 through December 2 – a four per cent increase over 2018.