As Special Counsel Robert Mueller prepares to take the stand to testify on the Russia probe, the Justice Department has told him that his testimony ‘must remain within the boundaries’ of the public, redacted version of his report.

Mueller received a letter from the Office of the Deputy Attorney General on Monday offering strict guidelines on his testimonial subpoenas from the House Judiciary Committee and House Permanent Select Committee on Intelligence.

The Special Counsel’s highly anticipated testimony will take place Wednesday where he will discuss the findings of his intensive two-year investigation into Russian meddling in the 2016 presidential election.

The letter from the Justice Department said: ‘Please note that there should be not testimony concerning the redacted portions of the public version of your report’.

The Justice Department issued guidelines for Special Counsel Robert Mueller’s testimony on Monday saying his account must ‘must remain within the boundaries’ of the public, redacted version of his report 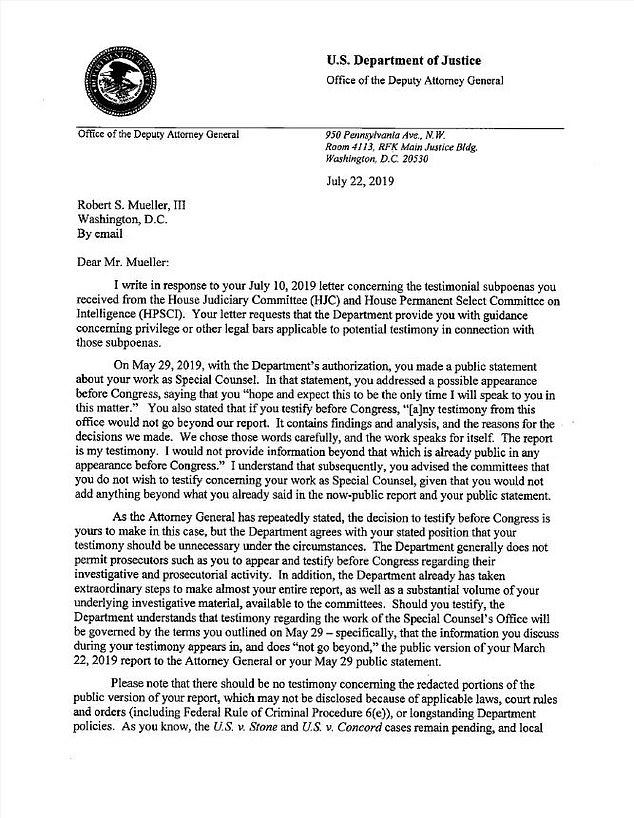 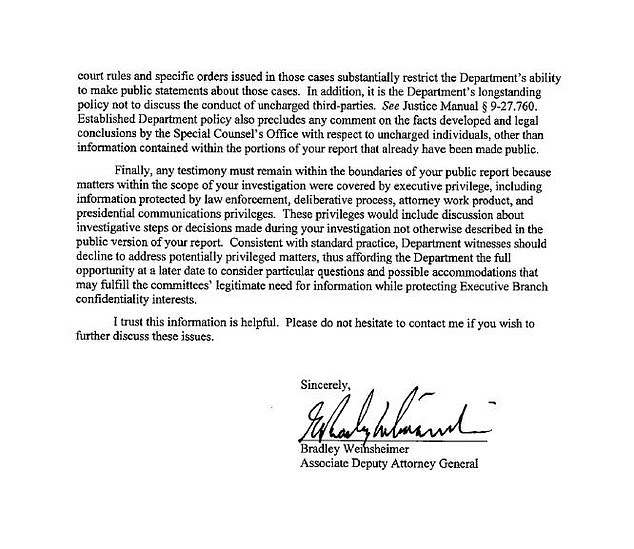 ‘The Department agrees with your stated position that your testimony should be unnecessary under the circumstances. The Department generally does not permit prosecutors such as you to appear and testify before Congress regarding their investigative and prosecutorial activity,’ the letter obtained by Fox said.

‘Should you testify, the Department understands that testimony regarding the work of the Special Counsel’s Office will be governed by the terms you outlined on May 29 — specifically, that the information you discuss during your testimony appears in, and does “not go beyond,” the public version of your March 22, 2019 report to the Attorney General or your May 29 public statement.

‘Finally, any testimony must remain within the boundaries of your public report because matters within the scope of your investigation were covered by executive privilege, including information protected by law enforcement, deliberative process, attorney work product, and presidential communications privileges, the letter added. 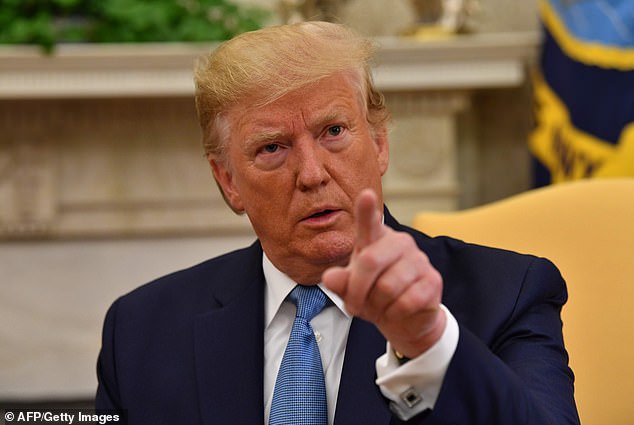 Mueller has remained tight-lipped about the investigation, only speaking publicly about the probe in May where he failed to say if Trump obstructed justice

Mueller was originally scheduled to testify on July 17 but it was pushed back at his request.

Mueller has remained tight-lipped about the investigation, only speaking publicly about the probe in May where he failed to say if Trump obstructed justice.

He said he did not find evidence that any Americans ‘knowingly or intentionally coordinated with’ Russia’s efforts to interfere in the 2016 election.

‘Charging the president with a crime was not an option we could consider,’ he said at the time.

He also stated in May that if he did testify before Congress, it would not be to reveal any new information.

‘There has been discussion about an appearance before Congress. Any testimony from this office would not go beyond our report. It contains our findings and analysis, and the reasons for the decisions we made. We chose those words carefully, and the work speaks for itself. And the report is my testimony. I would not provide information beyond that which is already public in any appearance before Congress,’ he said.

The probe resulted in charges against three businesses and 34 people including former Trump aides, senior advisers, and Russian agents, however no Americans were indicted in connection to interfering in the 2016 presidential election.