Justin Bieber wrapped up what was likely a trying week with some golf.

The Canadian crooner, 24, was snapped at Sherwood Golf Club in Thousand Oaks, California amid a new report that his engagement and subsequent marriage to Hailey Baldwin, 21, had an impact on his ex Selena Gomez, 26.

Bieber was seen headed to a burger joint on the grounds of the golf course wearing a grey polo shirt with khaki shorts, grey socks and white golf shoes.

Out and about: Justin Bieber, 24, was snapped at Sherwood Golf Club in Thousand Oaks, California amid a new report that his engagement and subsequent marriage to Hailey Baldwin, 21, had an impact on his ex Selena Gomez, 26, amid her hospitalization

The Love Yourself performer sported some facial hair and kept his shaggy blonde mane under a black ballcap with the logo of the NHL’s Toronto Maple Leafs.

Gomez was hospitalized earlier this week as sources told TMZ she suffered an emotional breakdown amid a number of stressors, with one source telling Page Six that ‘Justin Bieber’s engagement would undoubtedly have an effect on her.’

The source noted that Bieber’s engagement was one in a number of factors leading to the hospital stint, alongside her health battle with Lupus, her kidney transplant last year and the follow-up, and professional obligations.

‘Selena has had a lot on her plate – too much,’ the source said of Gomez, who had dated Bieber on and off the past seven years before their most recent split this past spring. (He wed Baldwin in a New York courthouse last month.) 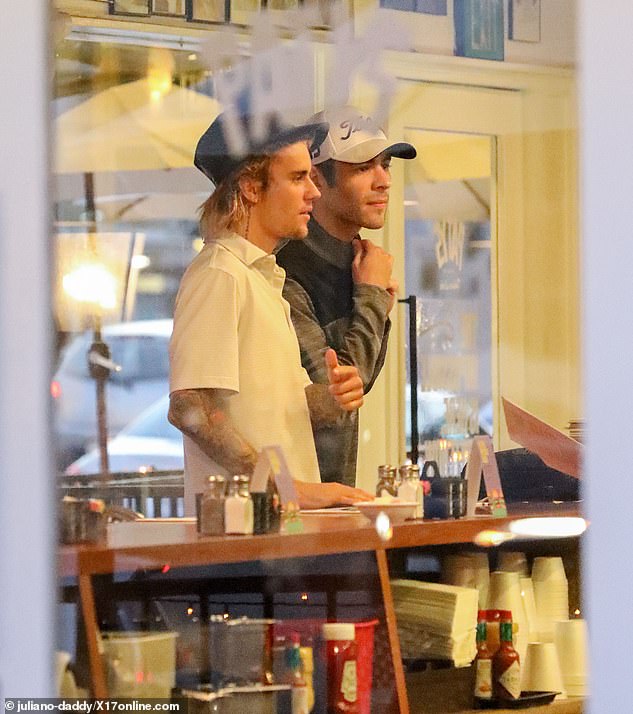 Grabbing a bite: Justin and a pal ventured for a snack on the golf outing 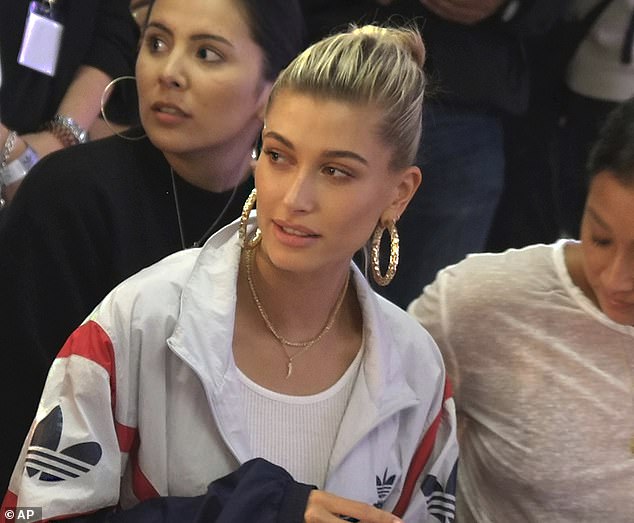 A source on Friday told E! that while ‘Justin and Selena are not in touch … him hearing the news about Selena definitely upsets him.

‘He feels sad and remorse for Selena and knows how it is to go through a difficult time,’ the source said. ‘Justin also feels guilty. He wants to help everyone.

‘He truly wants Selena to be happy, and it’s upsetting to know she’s battling health issues.’

Bieber has been overwhelmed since his recent marriage to Hailey, ‘and he’s not good at handling his emotions,’ a source told the outlet. ‘He’s been very emotional, but he always means well and is coming from a good place.’