He has been keeping active ever since returning from Canada with wife Hailey Baldwin earlier in the month.

And Justin Bieber did just that on Saturday, shooting a round of hoops while outside his Beverly Hills mansion.

The 26-year-old dressed in his custom Drew gear and appeared to be solo for the outdoor activity.

He teamed the look with cargo shorts, blue Nike sneakers and accessorised with a yellow beanie.

The Sorry singer has been spending the past few days perfecting his basketball skills outside his Los Angeles home. 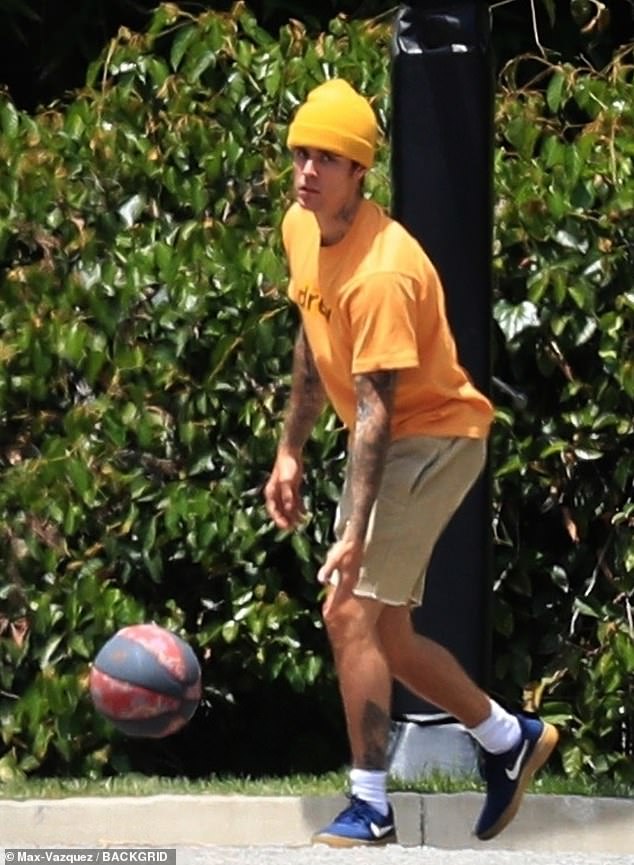 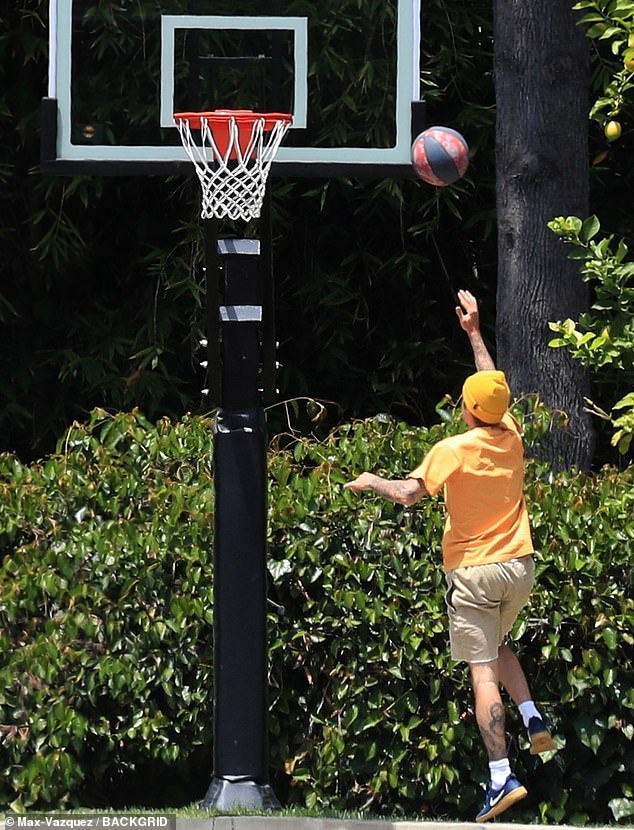 He’s got skills! Justin showcased his basketball skills on Saturday

The Canadian native also kept busy when his tour bus pulled up to his property. The arrival will likely spark talk that his Changes Tour may soon be rescheduled and up and running.

It was canceled back on April 1 amid the coronavirus crisis that had already reached a fever pitch at the time. 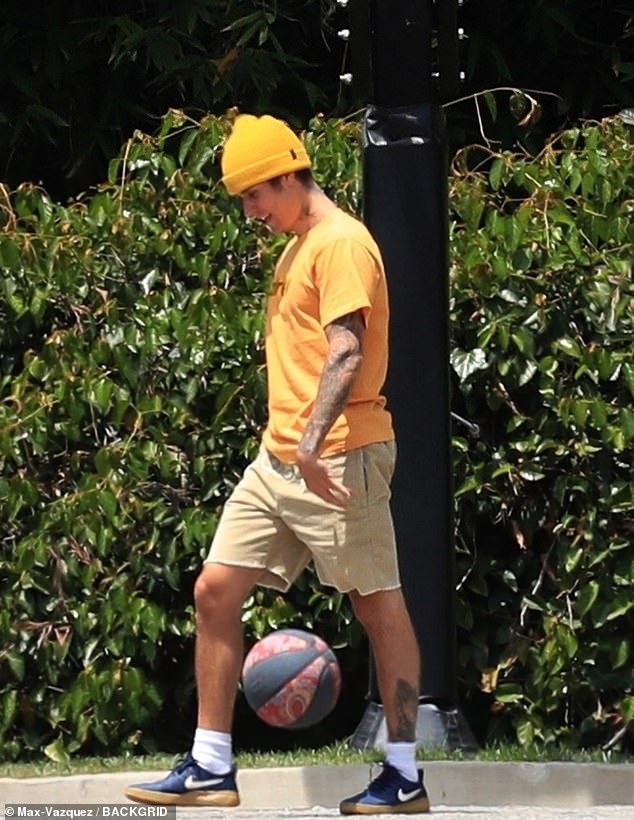 Free time: Justin has had some extra time at home after his Changes tour was pushed back amid the COVID-19 pandemic 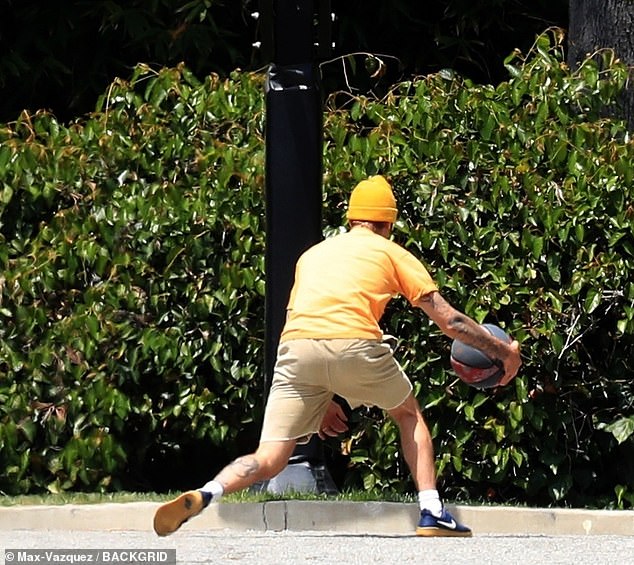 Up in the air: So far there’s no word on when the first leg of his Changes Tour will be rescheduled

The 45-date trek through North America was set to kick-off on May 14 in Seattle, Washington and go until September 26 in East Rutherford, New Jersey.

So far there’s no word on when the first leg of his Changes Tour will be rescheduled.

Justin and Hailey returned to Los Angeles two weeks ago after quarantining at their Canadian mansion in the countryside.

The pair rekindled their love in the summer of 2018 and got engaged a few weeks later.

They married in a New York City courthouse in September of that year before holding their reception ceremony one year later. 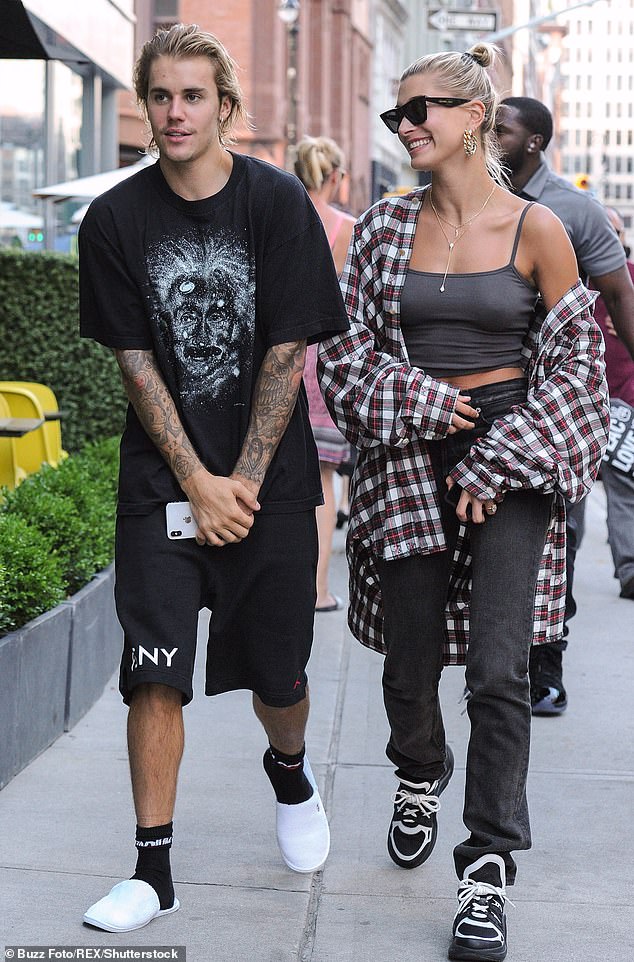 Forever love: Justin and Hailey rekindled their love in the summer of 2018 (pictured August) and got engaged a few weeks later