Justin Bieber was the worst guest in the history of Saturday Night Live, according to Bill Hader.

The American comedian has claimed that of all the big-name stars who have appeared on the iconic TV show over the years, Justin stands out as the worst.

During an appearance on ‘Watch What Happens Live with Andy Cohen’, Bill was asked who he considers to be the worst-behaved celebrity during his time on the show, and he replied: ‘It was Bieber.’

Not a Belieber: Bill Hader (right) revealed Justin Bieber was the worst guest in the history of Saturday Night Live. Hader appeared on Watch What Happens Live on Thursday with Jay Pharoah 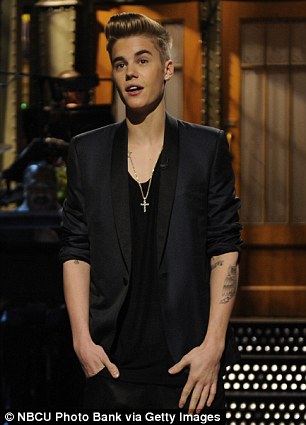 ‘Rough’: The chart-topping singer was ‘in a bad place’ in his life when he appeared on the show in 2013, according to Hader

Bill, 39, subsequently revealed that the chart-topping singer was ‘in a bad place’ in his life when he appeared on the show and that his personal troubles manifested themselves in his bad behaviour.

He explained: ‘He just was in a bad place … Maybe he’s in a better place, but back then he was in a very … it was rough.’

He said: ‘I saw Kanye [West] yank somebody. That was pretty hilarious. Kanye went like this and got the dude in place. I was like, ‘Ha! Ha! Ha!”

Justin appeared as the host and a musical guest on ‘Saturday Night Live’ in February 2013.

But Bill explained that, for the most part, the celebrity guests are well behaved.

He said: ‘Everybody’s usually on great behaviour. Bieber is the only one in my experience … he just seemed like exhausted or just at the end of a rope.’ 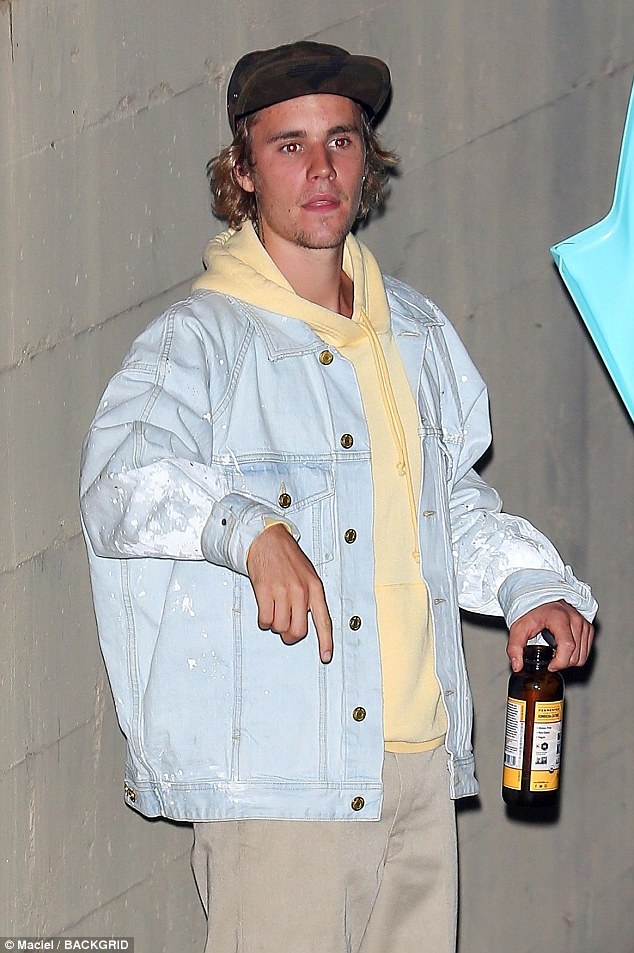 Bad boy: Justin, in LA this week at church, has developed a reputation over the years for his behavior

During an interview in 2013, Bill hinted at having had issues with Justin and his sizeable entourage.

He explained: ‘Justin Bieber showed up with like 20 guys.

‘He had a guy holding a slice of pizza. A guy holding a Diet Coke … You’re trying to fight through all these people to get dressed.’

However, he also claimed to have shared some enjoyable moments with the singer.

Bill recalled: ‘I had nice chats with him when he was doing the scenes … he was a nice guy. He would try to do the best that he can.’