In 2018 Justin Bieber raised a few eyebrows when he stepped out onto the streets of New York wearing hotel slippers.

The businessman assembled a well connected team of partners that included professional skateboarder-turned-entrepreneur, Rob Dyrdek, and created Lusso Cloud, (“Lusso” means “luxury” in Italian) a collection of footwear designed around the concept of cozy slip-on shoes meant to withstand the outdoors.

In 2018 Justin Bieber raised a few eyebrows when he stepped out onto the streets of New York during Fashion Week wearing hotel slippers. But for sneaker purveyor, Jon Buscemi, Justin’s sartorial choice was an AHA moment 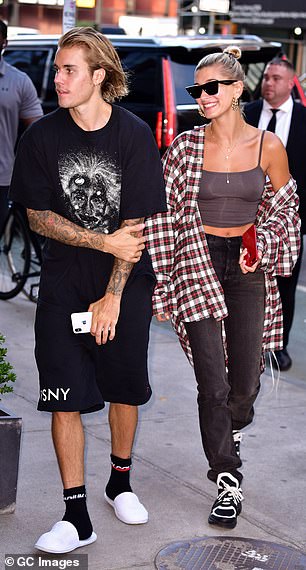 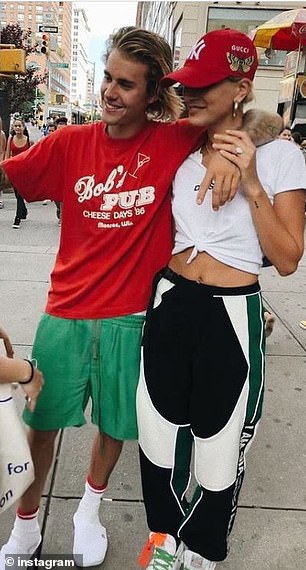 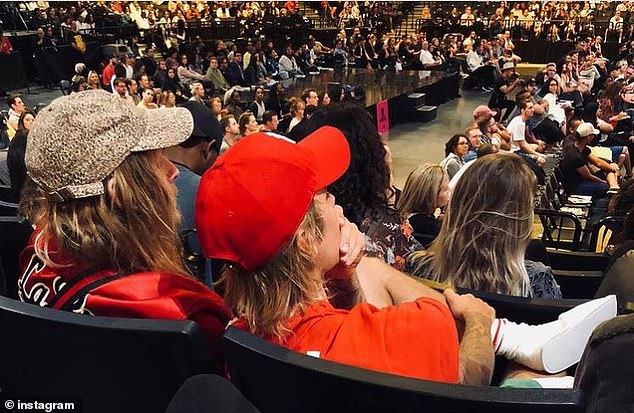 ‘If you wear a hotel slipper out in Soho for like an hour its going to fall apart,’ said Jon.

‘We took the spirit of the slipper and put a sneaker sole on it making it super sturdy but still massively comfortable with the waffle knit fabric and foot bed.’

For Jon, being comfortable everywhere, anywhere and at any time is of top priority.

‘I’ve been wearing shoes like this for decades, but being in the fashion world, having comfort shoes on was always a faux paus.’

Sales of high-heeled shoes fell 45% in 2020 while customers allocated upwards of 75% of their footwear purchases to athleisure styles in the first quarter for 2021.

Even Crocs (once shunned by the fashion industry) saw revenue climb 16% from 2019 to a record of $362 million. 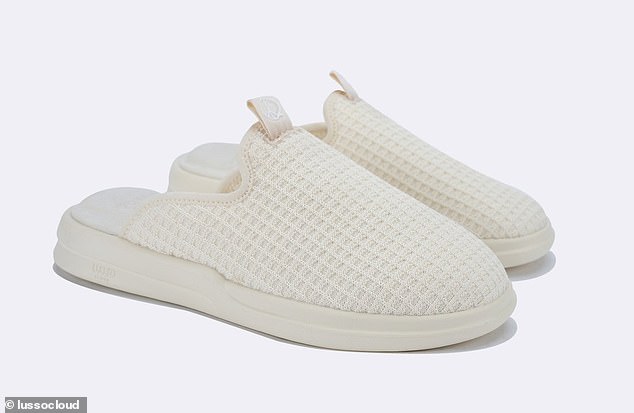 Lusso Cloud’s footwear features a hotel-esque waffle knit upper made from partially recycled bamboo and a soft layer of memory foam in the lining.

The bottom of the shoes include an exclusive Triple Stack Technology consisting of three layers of comfort: memory foam, molded rubber and EVA foam.

An IP EVA outsole makes them anti-slip, highly elastic and waterproof so they can withstand the outdoors, unlike Justin’s slippers. 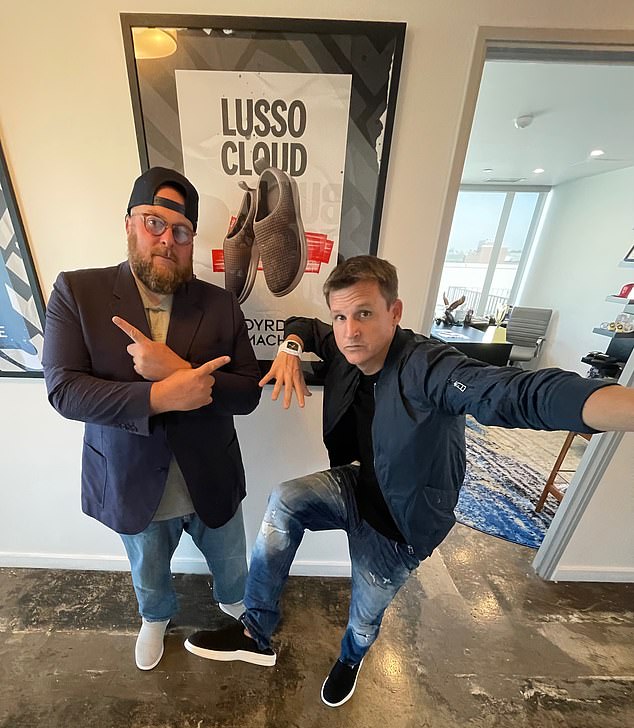 Few aspects of life have been untouched by the coronavirus pandemic.

But long before lockdowns, brands from low to high-end have been capitalizing on hands-free footwear.

‘The wave exploded by the time we got to market,’ said founder of Dyrdek Machine and host of “Ridiculousness” Rob Dyrdek.

‘We’re super proud of what Lusso evolved into. It’s landed in the magical space of this new premium comfort brand that sits next to the three classics that is Crocs, Uggs and Birkinstock.’

While Rob believes that Birkenstock, Crocs and Uggs are limiting, he wears his Lussos everywhere.

‘We wanted to build the brand in a way that it goes one step further in its versatility.

‘I do it all in them. I most recently went golfing in them,’ he admitted.

‘Those Birkenstocks are going to send a weird message. Why are you in your go-to-get-your-mail shoes in your Uggs,’ he jokes.

‘It perfectly lands – from the style, silhouette and presentation – you can wear them with jeans or a suit, you can literally wear them anywhere, so I do.’

Everyone can enjoy Lusso shoes because they are 100% unisex.

‘We’re getting a lot of feedback from customers that they are the most comfortable shoes in their closet,’ shared Jon.

‘We’re trying to achieve comfort nirvana on your feet. This could be the most comfortable shoe in the world in many respects.’

Continuing to evolve and grow, the brand will soon be partnering with a notable chef on non-slip styles featuring hard-toe applications, and tackling the world of golf and jujitsu, all without abandoning their signature look.

‘We like to have a consistent aesthetic when to comes to materials, so you’ll see the waffle upper running through forever but in different materials (i.e. leather, suede, cotton, canvas),’ Jon said.

We’ll be sure to follow them every comfortable step of the way!