The Canadian billionaire found hanging from poolside railings along with his wife in their multi-million dollar home was embroiled in a feud with members of his own family, one of whom wanted ‘vengeance’ for what he claimed was ‘extortion’ by the dead man, DailyMail.com can disclose.

Barry, 75, and Honey Sherman, 70, were found Friday morning half-seated and hanging, slumped at the edge of their indoor pool in their Toronto home. The couple had recently put their home on the market for $6.9million and it was their realtor who discovered their bodies.

Police initially said they believed it was a murder-suicide but their four adult children reacted with horror and issued a statement denying that their parents would do such a thing.

Honey had been due to fly to their winter home in Miami on Tuesday, one of their daughters had just had a baby and another is soon to be married.

Then the autopsies gave cause of death as ‘ligature neck compression’ and Toronto Homicide Division took over the investigation.

Canada’s Prime Minister Justin Trudeau was seen at Barry and Honey Sherman’s memorial service in Toronto on Thursday morning. Trudeau had offered public condolences and commended their ‘vision and spirit,’ after their death 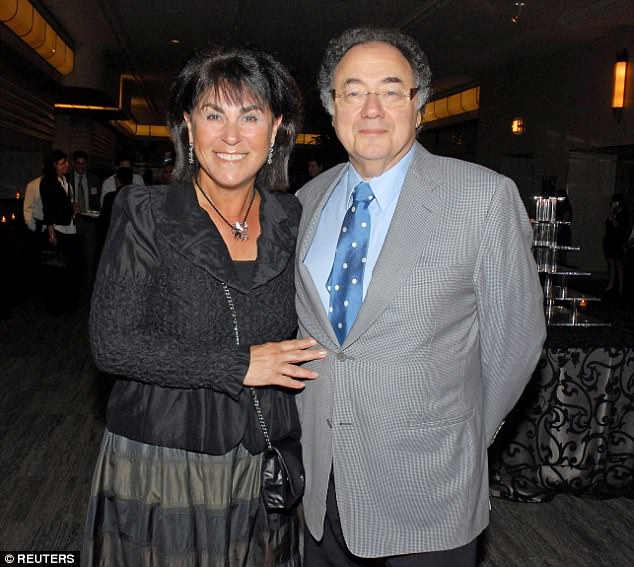 Barry, 75, and Honey, 70, were found dead Friday morning half-seated and hanging, slumped at the edge of their indoor pool in their Toronto home

On Wednesday officers went door-to-door canvassing neighbors in the wealthy Forest Hills section in which the Shermans lived, late into the evening.

Forensic officers continue to comb through the property and police have appealed to neighbors to hand over footage from their security cameras in a sign that they are taking the possibility of murder extremely seriously.

Now, as the investigation into the couple’s suspicious deaths is stepped up, DailyMail.com can disclose the full details of a case which saw Sherman fight in court for years with his four cousins who claimed he came into their home like a cuckoo in the nest and took what was theirs.

Their fight was built on a series of family tragedies in the 1950s and 1960s, but is still going on.

As founder and former CEO of Apotex Inc – one of Canada’s largest pharmaceuticals company producing more than 300 generic drugs in 115 countries – Sherman had an estimated fortune of more than $3billion and was last year ranked Canada’s fifth richest individual.

The couple gave $50million to the United Jewish Appeal alone and just two weeks ago Honey was presented with the Senate Medal for the couple’s charitable works for the Jewish community and broader Toronto. 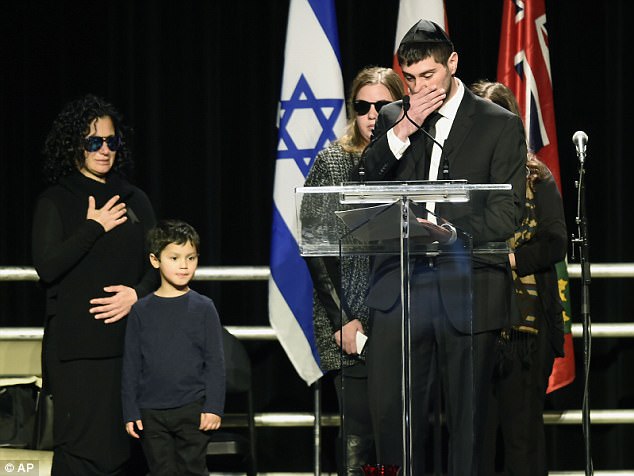 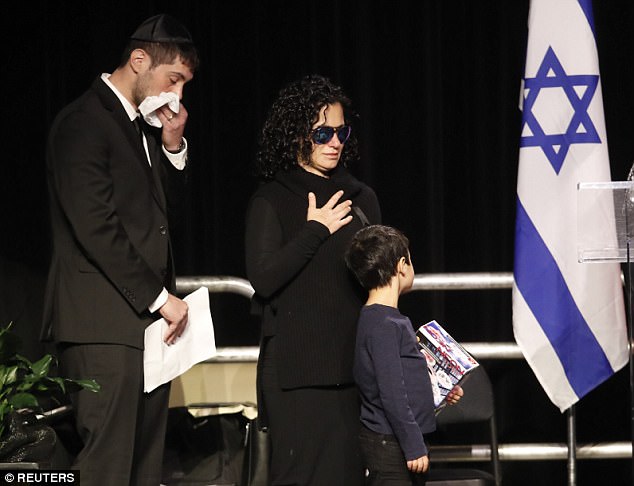 Authorities believed their deaths could have been a murder-suicide, but the couple’s children insisted their parents would never do such a thing 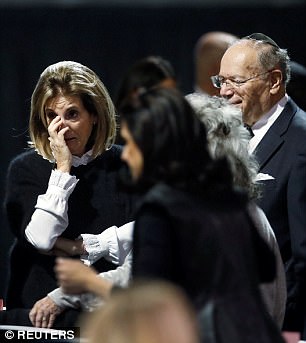 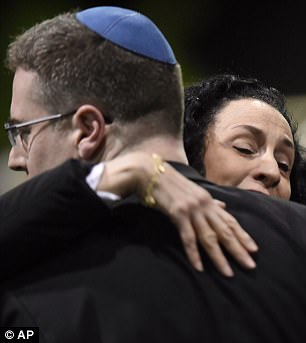 But legal documents seen by DailyMail.com suggest he showed a very different face in private.

They bare a narrative of betrayal, abandonment, and bad faith alleged by Sherman’s four cousins, brothers Kerry Winter, Paul Barkin, and Jeffery Barkin and Julia Winter, the widow of a fourth brother, Dana.

The seeds were sown long ago when Sherman’s father, Herbert, died from a heart attack at the age of just 46 in the mid-1950s.

In his absence Sherman’s maternal uncle Louis Lloyd Winter took Sherman under his wing and became a ‘surrogate father’ and mentor to the academically promising teen.

In 1960 Winter, a biochemist, brought his 18-year-old nephew into the business he had founded, Empire Laboratories a manufacturer of generic drugs.

Winter and wife Beverly had thought they couldn’t have children. They made Sherman their legal heir and in 1958 adopted a son, Tim. 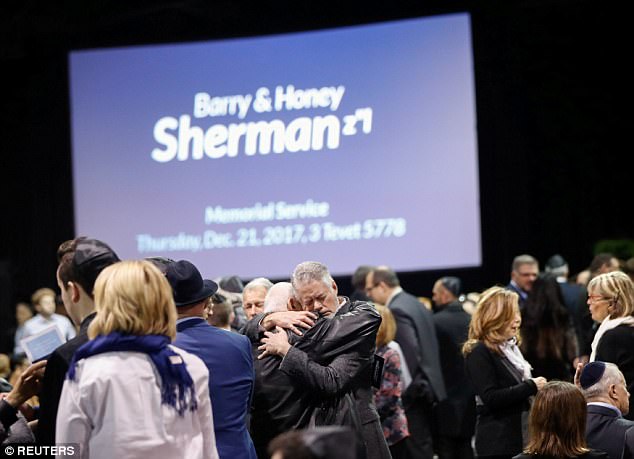 Barry, the billionaire head of Apotex pharmaceutical company, and his wife Honey were known for their philanthropic efforts 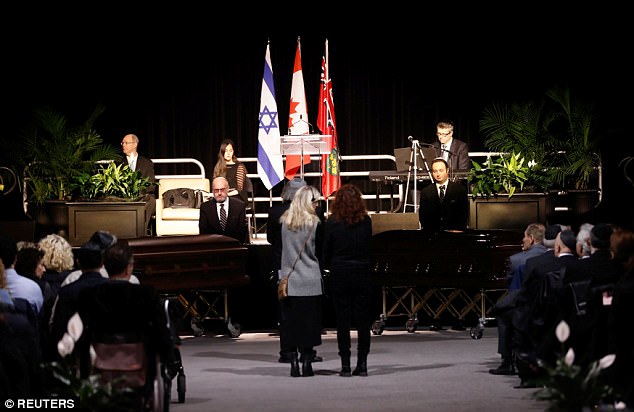 The couple gave $50million to the United Jewish Appeal alone and just two weeks ago, Honey was presented with the Senate Medal for the couple’s charitable works for the Jewish community and broader Toronto

Then, two years later, Beverly fell pregnant with Jeffery. In 1961 Kerry was born and in 1962 Dana followed.

Not long after Dana’s birth Beverly was diagnosed with leukemia. The family braced themselves for her death but it was Winter who died first and suddenly, in 1965, possibly from an aneurysm.

Before her death Sherman had discussed with his aunt what might happen to Winter’s business and soon after her death he made an unsuccessful bid to purchase Empire.

He pressed on. An undated letter written from Sherman’s representative to Royal Trust, executors of the Winters’ estate, and quoted in documents seen by DailyMail.com states: ‘We ask that the vendors take note of the fact that Dr Sherman is the nephew of the late Lou and Beverly Winter, and that Beverly Winter expressed to her lawyer, Martin O’Brien, the wish that Dr Sherman be given an opportunity to meet this highest offer. Please also note that the agreement includes options for the children of Louis and Beverly Winter to become responsible senior employees of the business and to buy back shares in the business.’

This was particularly important as Winter ‘often expressed the hope that one or more of [his children] would come into the business when they come of age’, the letter said.

Attorneys for the Winter siblings tracked down O’Brien who recalled that providing for the children was ‘Barry’s mantra’ during the negotiations that resulted in him and former his high school friend turned business partner, Joel Ulster, beating another firm to purchase Empire in 1969. 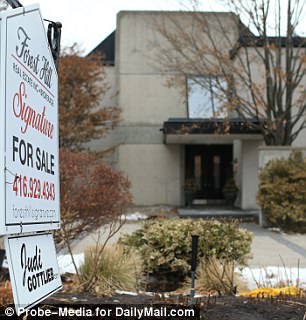 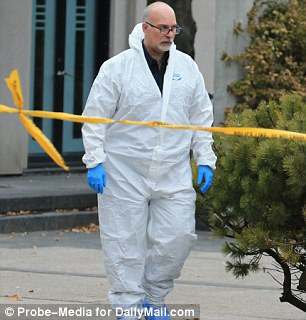 Police initially believed the incident was a murder-suicide, but now have reason to believe the pair were murdered after the couple’s children issued a statement denying that their parents would do such a thing 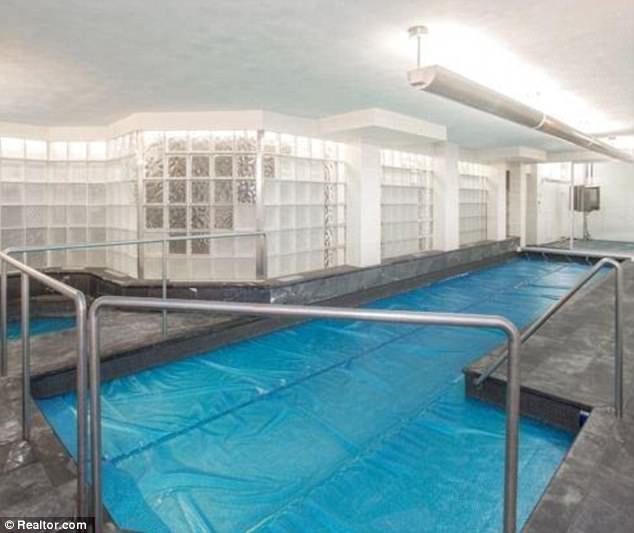 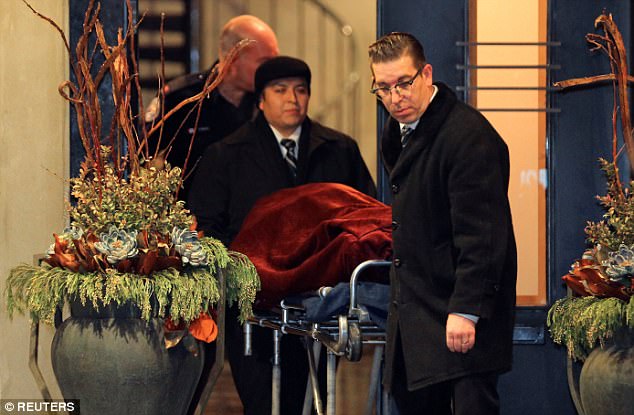 They had recently put ther home on the market for $6.9million and it was their realtor who discovered their bodies

In his own sworn affidavit Kerry Winter, now 55, stated: ‘Mr O’Brien said that it was because Barry was our cousin, had been very close to my father and his repeated assurances that he was going to act in our best interests, that they had a level of comfort that he would honor his promises.’

He added: ‘I know that Mr O’Brien never contemplated that he would turn around five years later and sell Empire and abandon us. But that is exactly what happened.’

A Toronto couple – the Barkins – adopted the cousins but it was not a happy fit. Both Dana and Kerry ultimately fell into drug addiction and, in Dana’s case crime.

Jeffery struggled with mental health issues and has been diagnosed as bi-polar.

Meanwhile, with the orphans oblivious to any options promised on the sale of their father’s company, Sherman went onto make a share deal that ceded control of the family business and activated an expiration clause on the promises he had made them.

In 1972 he sold Empire and parlayed the proceeds of that sale into his new company Apotex. Two years later he incorporated Apotex and, as far as he was concerned, completely divested himself of any notion of ‘fiduciary duty’ to his orphaned cousins.

He disappeared from their lives – though once they had been so close that, when Sherman’s sister, Sandra, married it was Louis Winter who walked her down the aisle. 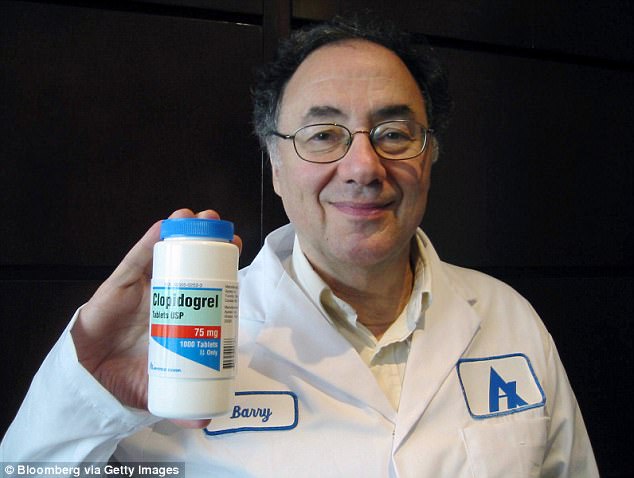 Sherman’s uncle, Louis Lloyd Winter is responsible for introducing Barry to his pharmaceutical industry when he was a teen. Winter later named his nephew as his legal heir when he thought he couldn’t have children of his own 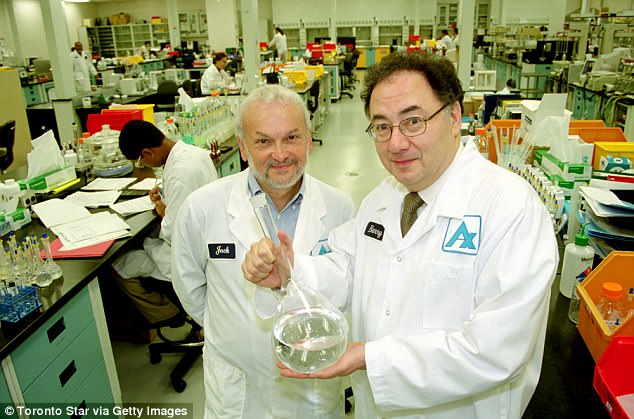 Barry (pictured in his lab) grew to be a billionaire after he sold his uncle’s business and started his own. He allegedly cut his cousins out of their parents’ wealth

According to court documents it was only a chance that saw the cousins reconnect with Sherman when an old friend of their mother’s suggested they reach out around 1989.

The cousins maintain that they did not re-connect seeking financial assistance.

But Sherman, by then a wealthy businessman, gave every appearance of being a selfless benefactor. He bankrolled three of the brothers in business ventures – Dana in a jewelry business, Jeff first in a travel then in a CD company, and Kerry in a construction company. (Tim, a chef, never asked for help).

He paid credit cards, allowances, bought them homes, and cottages.

But the family members bringing legal action against Barry Sherman point to the fact that these ‘gifts’ were, in fact, loans – with a seven per cent interest rate, and using as security of the remainder of the cousins’ inheritance from their dead parents.

They knew nothing about the provisions for their future that had originally been part of Sherman’s purchase of their father’s business. 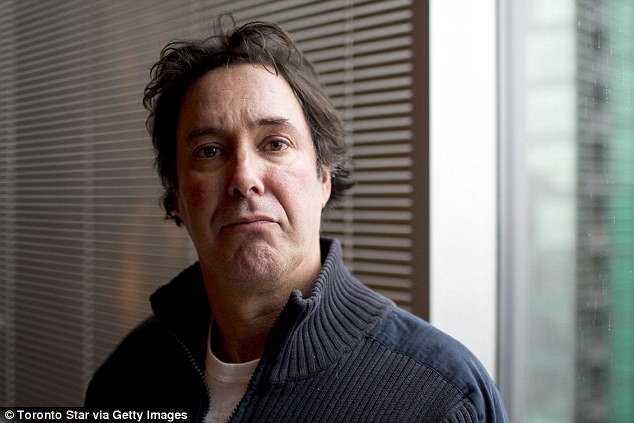 Sherman’s cousin, Kerry Winter, has claimed Barry willfully cut him and his siblings out of their parents’ fortune and extorted them

In 1995 Dana died of a heroin overdose. He was 33 years old. Kerry, also an addict, was heading towards divorce.

Then, in 1999, Jeffery began looking into the terms of the sale of their father’s company and the cousins’ relationship with Sherman rapidly crumbled.

In his affidavit Kerry Winter has stated that he first learned of the option for them to buy back shares contained within that original sale in 2001.

And when he did, he said, ‘Barry denied that it had ever even existed.’

The siblings claimed that attempts to obtain full records were first obstructed and then: ‘finally once we were able to obtain an executed copy of the Option…[Barry] claimed that he had forgotten all about it and that it never meant anything anyway and that he did now owe us a fiduciary duty.

‘Barry made this comment about not owing us a fiduciary duty even though we had never mentioned the term ‘fiduciary’ to him and in fact had never heard the term.’

Attorney Brad Teplitsky pointed out that this was not the only time Sherman claimed to have forgotten significant facts during litigation.

As CEO of Apotex he was involved in hundreds of suits and during one the frustrated judge noted: ‘Dr. Sherman’s poor memory [was such an] issue throughout his testimony [that] I did not find Dr. Sherman to be a credible witness.’ 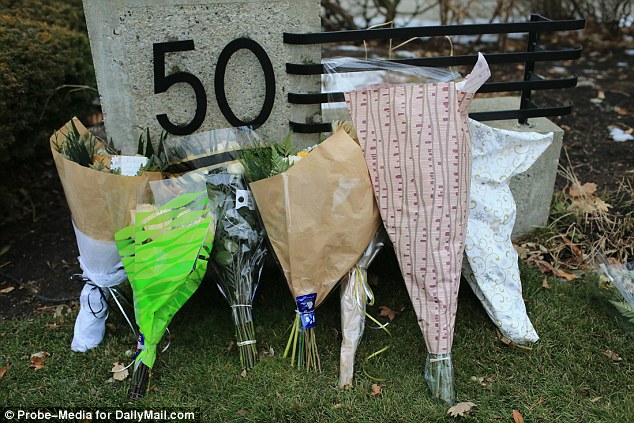 When the siblings first threatened to sue, legal documents show, that Sherman’s ‘generosity’ quickly dried up.

He tried to use the sums owed to him by them as leverage. According to Kerry Winter: ‘If it was not Barry’s intention at the time he made the loans to intimidate us in the event we discovered the Option and the Letters, he certainly did subsequently use them as a method of pressuring us into not suing him when we did find out.’

And when they did sue, first for $500million in 2006, then one year later for $1billion Winter stated, ‘Barry of course called the loans, sold our properties, and tried to put some of us out on the street (literally).’

He tried to recoup a total of $8million from Kerry alone.

According to Winter’s attorney Brad Keplitsky the facts of the case are, for the most part, undisputed; what it all really comes down to is the thorny notion of ‘duty’ and whether or not Barry Sherman fulfilled his to his orphaned cousins back in the early 1970s.

A Superior Court judge dismissed the $1billion lawsuit in September and they lodged an appeal just last month.

Kerry Winter has offered his condolences to the Sherman family. His attorney Teplitsky but confirmed that there were no plans to drop the appeal.

He added that his client – who has spoken in the past of wanting ‘vengeance’ and to make Sherman ‘accountable’ for the past – has not been questioned by police.