Canadian Prime Minister Justin Trudeau has been hailed one of the most stylish men in the world.

But his followers might want to think twice before copying this particular trend. 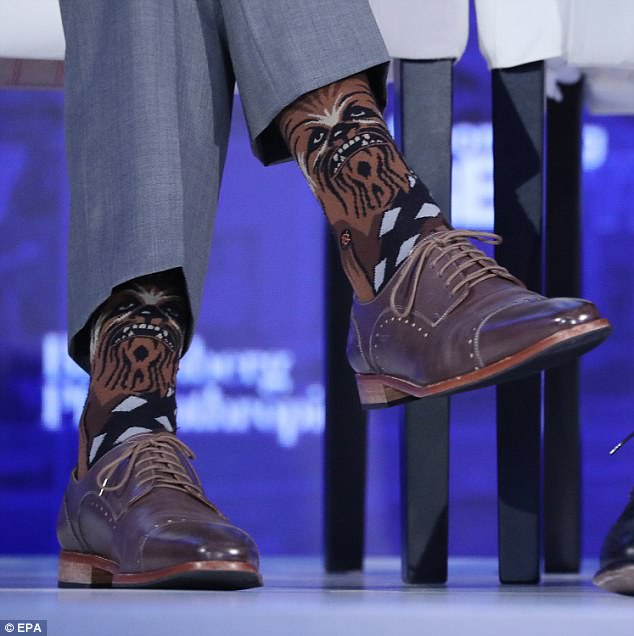 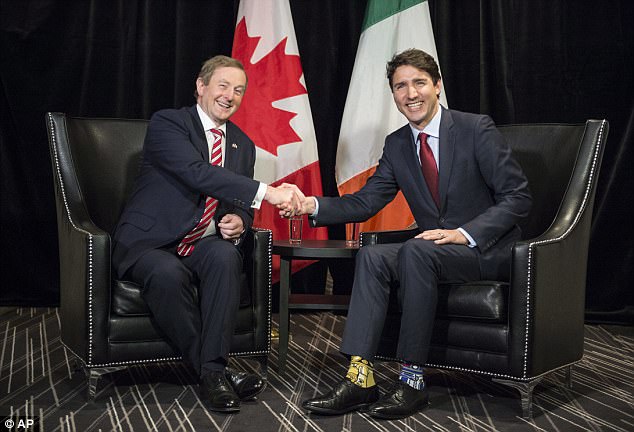 The wacky pair featured a large print of the beloved character Chewbacca and could be seen in all their glory in the gap between Mr Trudeau’s suit trouser leg and his brown leather brogues.

It is not the first time the Canadian PM has finished off his ensemble with a pair of wacky socks while making a public appearance. 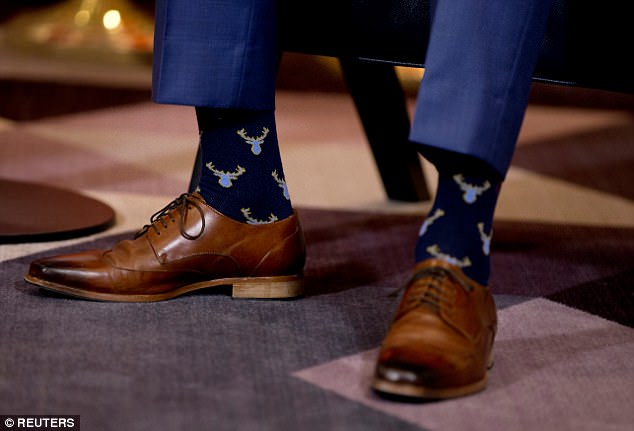 Proud: The Canadian PM flashed a pair of moose-print socks as he welcomed his Irish counterpart Taoiseach Leo Varadkar in Montreal in August 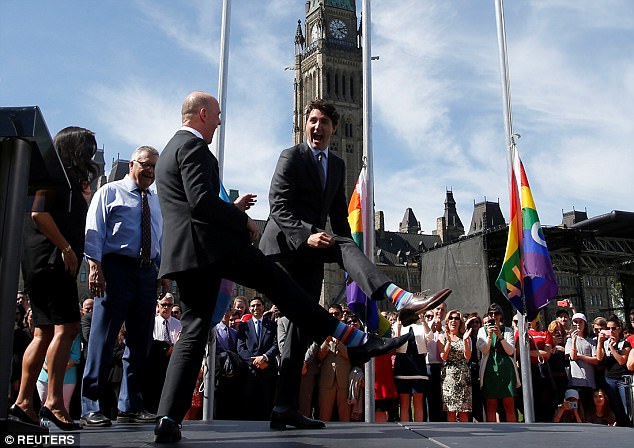 Making a statement: Trudeau in rainbow coloured socks during a pride ceremony in June

In May this year the politician made headlines when he wore mismatched R2D2 socks to meet the then Irish Prime Minister Enda Kenny.

The pair met on May 4, which has  become a day to celebrate all things Star Wars due to the film’s ‘may the force be with you’ tagline.

Showing support for his own nation, Trudeau has also been spotted wearing red socks with a white maple leaf print. 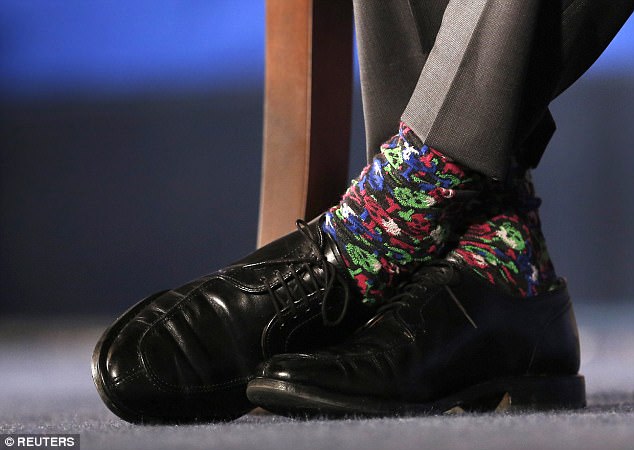 Lighthearted touch: The socks he wore during a question and answer session after his speech at the U.S. Chamber of Commerce in Washington DC in March last year 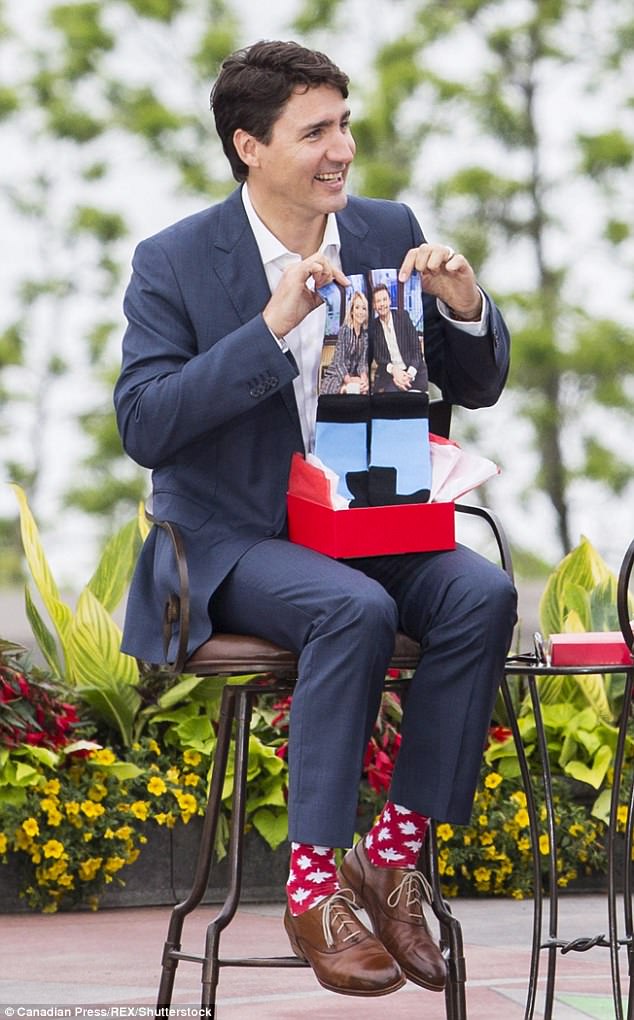 He also owns a pair with a moose print.

Meanwhile his outfit for a pride parade appearance was completed with a rainbow coloured pair.

He has also worn Eid-themed socks to a pro-Pride church service.