Employers should shun Old Etonians and give jobs to state school candidates with the same grades, a Tory former education secretary has said.

Conservative MP Justine Greening urged bosses to do more to give under privileged youngsters a hand up.

She said where applicants have the same grades employers should give the job to the candidate from the struggling state school because they are more ‘impressive’.

Ms Greening, the Tory MP for Putney in London, went to a comprehensive and her remark will be seen as a barb against some of her former Cabinet colleagues.

Foreign Secretary Boris Johnson went to Eton where he was two years above his future Prime Minister and boss David Cameron.

Speaking made her case at a summit on social mobility organised by the Sutton Trust in New York, according to the TES.

She said: ‘Contextual recruitment basically says when you’re looking at someone’s grades who’s applied for a job to you, look at in the context of the school they went to.

‘You can easily do this, there’s software to help you as a company.

‘That needs to be much more sophisticatedly used by companies to start looking at the quality of candidates and the potential candidates that are applying to them for careers and jobs.’ 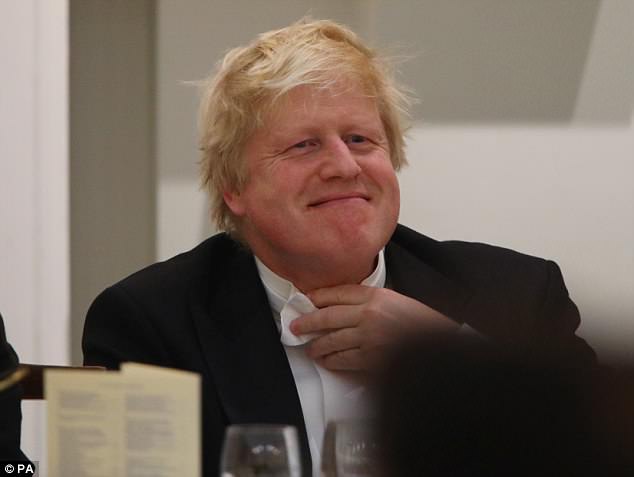 She said that disadvantaged applicants were 50 per cent more likely to be hired using contextual recruitment than they otherwise would have been.

She said this is ‘because the companies are looking more sophisticatedly at their future potential, not just looking at grades as a bit of a rearview mirror on where the child and the young person began’.

Ms Greening quit Theresa May’s frontbench in January after Mrs May tried to move her from the education brief.

She had clashed with Mrs May over her plans to introduce a new generation of grammar schools.

The Prime Minister later dropped the plan after the Tory election disaster robbed her of her overall majority.

Julie Robinson, general secretary of the Independent Schools Council, which represents over 1,200 private schools, hit back at Ms Greening’s suggestion.

She told Tes: ‘It is important to understand that school type is not of itself an indicator of socio-economic advantage.

‘Therefore, wherever ‘contextual recruitment’ is used, the process must take a range of factors into account in order to recruit the best person for the job.’