Former Juventus midfielder Andrea Pirlo could be set to rejoin the club in a coaching capacity once the Italian giants confirm Maurizio Sarri as their new boss, according to Tuttosport.

The 116-cap former Italy international spent four years with the Turin giants, winning the Scudetto in every season and reaching the 2015 Champions League final.

His return, with either the Under 23s or Primavera side, is likely to coincide with the arrival of Maurizio Sarri. 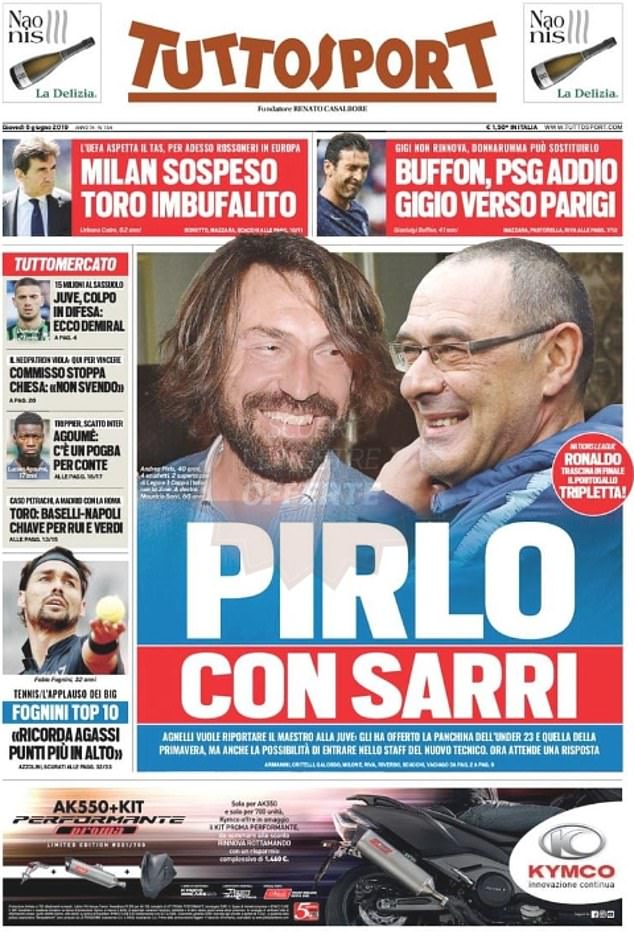 The Chelsea boss is set to leave Stamford Bridge and return to Italy with the Serie A champions after the departure of Massimiliano Allegri.

Despite finishing third, reaching the Carabao Cup final and winning the Europa League, discontent remains between Sarri and club fans, meaning a departure is likely.

After joining on a free transfer from Milan in 2011, Pirlo went on to play 164 games and score 19 goals for Juventus.

He also accumulated 116 caps and 13 goals over 13 years with his international side, winning the World Cup in 2006 and helping them to the final of Euro 2012 where they lost to Spain.