Juventus coach Massimiliano Allegri was delighted with side’s defensive display and the clean sheet it secured against Barcelona.

Allegri had become alarmed at the way his team’s previously impregnable defence had been shipping goals after last Sunday’s 3-2 defeat by Sampdoria in Serie A.

But Wednesday’s 0-0 stalemate at home to Barcelona in the Champions League, though dull to the neutrals, had the pragmatic coach purring, especially as he had to field an improvised defence after Giorgio Chiellini pulled out with a thigh injury. 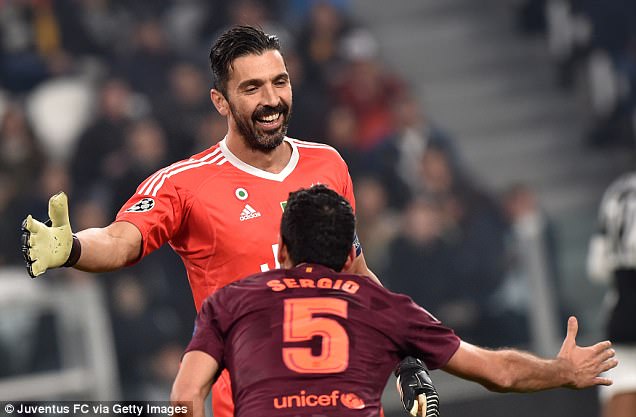 ‘I told the players that I was not interested in the result, but in the performance,’ said Allegri. ‘I saw the right spirit and heart, as when Juve defend in the right way, all together, it’s tough for us to concede goals.’

It was only the second time in their last 10 games that Juventus had kept a clean sheet, a worrying statistic for a team who last term made a habit of grinding out 1-0 and 2-0 wins and conceded only 27 goals in 38 Serie A games.

There was always a risk they would struggle this term after the breakup of the so-called BBC defence – Andrea Barzagli, Giorgio Chiellini and Leonardo Bonucci – which had been together since 2010 and helped Juve win the last six Serie A titles.

Bonucci, one of Europe’s top defenders, left for AC Milan in the close season, leaving Allegri to reshuffle the pieces. 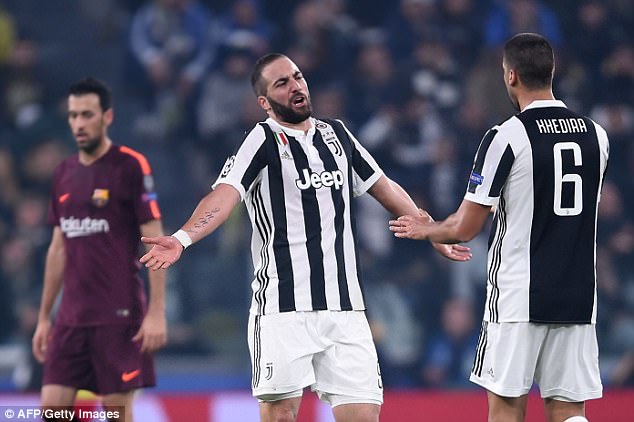 Juventus, third in Serie A, are four points behind leaders Napoli, though they could cut the gap as they host lowly Crotone on Sunday while their rivals have a tougher match at Genoa.

Also important for Allegri is that Juve have no midweek game next week and can prepare for the Napoli showdown on December 1.

They have been playing two matches a week since the start of the season while in the two international breaks nearly the entire squad has departed to play for their national teams.

‘In the last three months, we haven’t been able to train because of all the matches,’ said Allegri. ‘We want to improve the quality of the football and our scoring opportunities, but we have improved the defence and I am glad about that.’

‘We are maybe less good to watch but we are becoming more solid. The more you go without conceding, the more confidence you have and the more chances you will create.’