K Pop star Goo Hara has been found dead at her apartment in Seoul just two weeks after launching her comeback tour following a suicide attempt six months ago.

The 28-year-old was discovered at her home in the affluent Cheongdam-dong area at around 6pm local time on Sunday and Gangnam police said investigations are ongoing.

She is not the first K Pop megastar to feel the intense pressures of the limelight in the controversial industry. Last month Sulli, 25, another former girl band member and close friend of Hara’s, was found dead at her apartment after battling ‘severe depression.’

Just days ago Hara had staged a comeback in Japan, touring the country from November 14 to 19, to promote her new solo single.

It followed an apology to her fans earlier this year for causing a ‘commotion’ after she was discovered unconscious in her apartment in the South Korean capital. 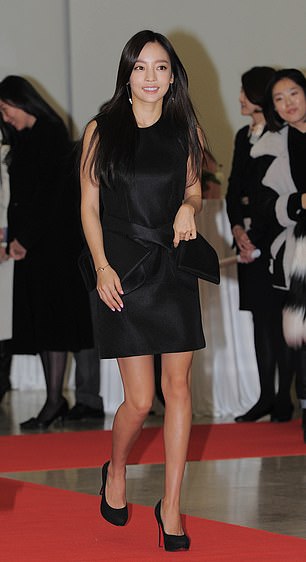 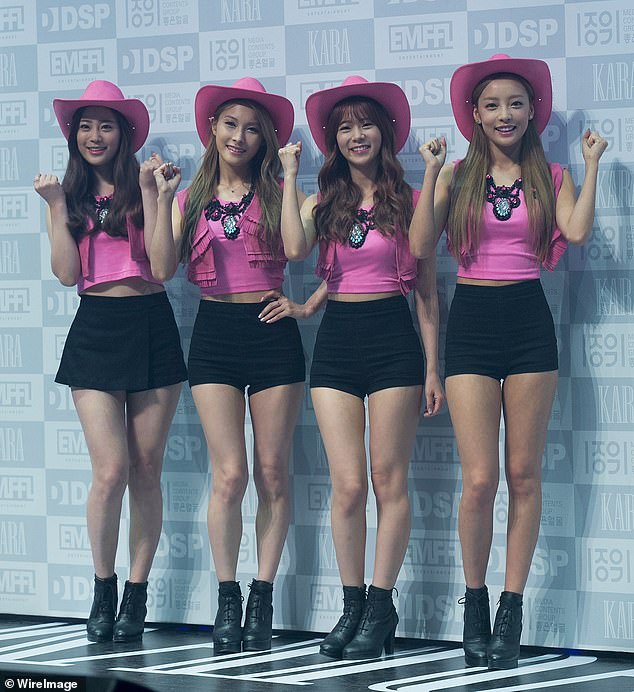 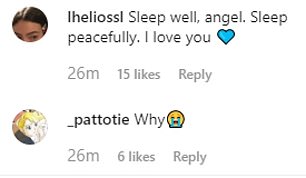 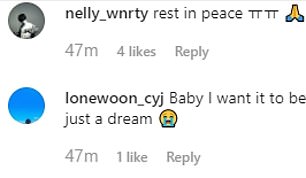 There has been an outpouring of grief among fans today after news of Hara’s death broke, ‘Sleep well, angel,’ one commented on the star’s final Instagram post

Hara, formerly of girl band Kara, had sparked a frenzy amongst her fans when she wrote, ‘Goodbye,’ on her Instagram.

She was found unresponsive by the police at her apartment in the exclusive Gangnam area of Seoul just after midnight on May 30 and was sped to hospital.

‘I am sorry for causing concerns and a commotion,’ Hara told Sankei Sports days after her suicide attempt, ‘In terms of health, I am recovering … I had been in agony over a number of overlapping issues.’

Hara, who had spoken out against cyber bullying in the past, pleaded with the public for more positive comments on social media.

Since last September the singer and actress had hit headlines in a public row with her ex-boyfriend Choi Jong-Bum, who she accused of blackmailing her with sex tapes the pair had made.

She had also been questioned by police after she allegedly assaulted Choi.

The Korean public had been largely sympathetic towards Hara and her tumultuous break-up with Choi garnered support from the #MeToo sexual equality movement.

On October 14, Hara’s fellow K Pop star Sulli was found dead at her home in Seongnam, Seoul, a month after she sparked controversy by accidentally revealing a nipple on Instagram.

Sulli had previously suffered a huge amount of online abuse in what became known as the ‘no-bra’ scandal after she repeatedly showed her nipples on social media.

It is reported that the pop singer then suspended her music career due to the abuse she had received in conservative South Korea.

Sulli was found by her manager at her home and police said at the time they were working on the assumption that she may have committed suicide.

Hara had posted a tearful message on her Instagram shortly after Sulli’s death, grieving the passing of her friend. 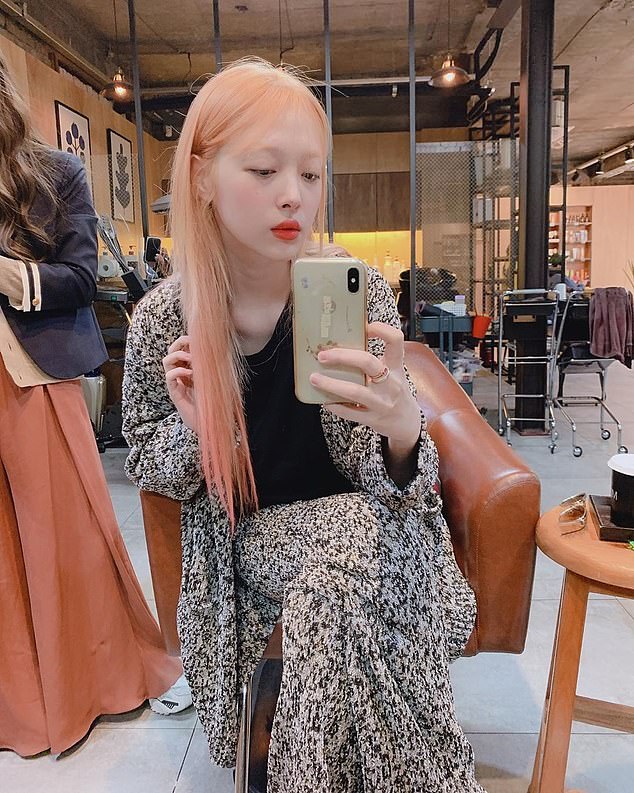 On October 14, Hara’s fellow K Pop star Sulli was found dead at her home in Seongnam, Seoul, a month after she sparked controversy by accidentally revealing a nipple on Instagram 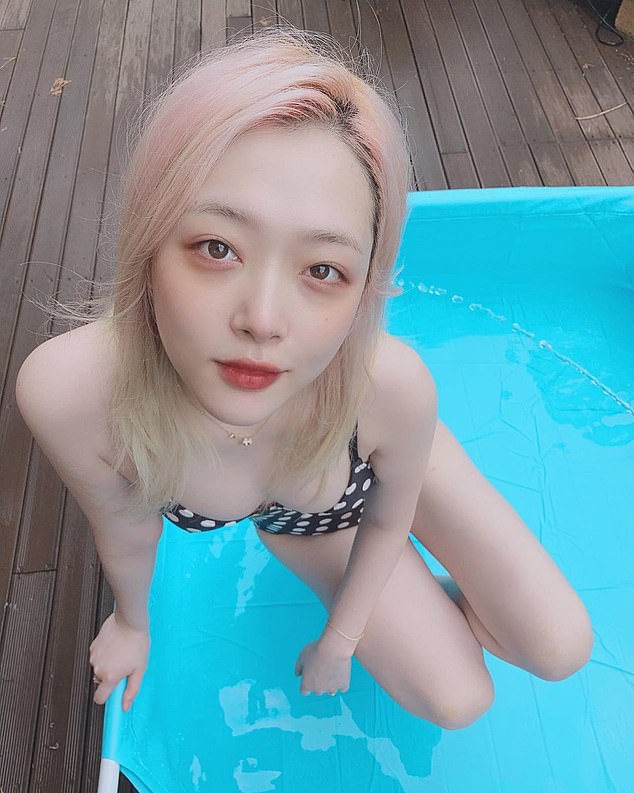 Sulli, 25, had previously suffered a huge amount of online abuse in what became known as the ‘no-bra’ scandal after she repeatedly showed her nipples on social media

K-pop stars like Hara and Sulli are picked up by agencies at a young age – usually in their early or mid-teens – and their lives then taken over by gruelling singing and dancing training.

Sulli’s death echoes that of fellow K-pop star Jonghyun, who took his life in 2017 after battling with depression. 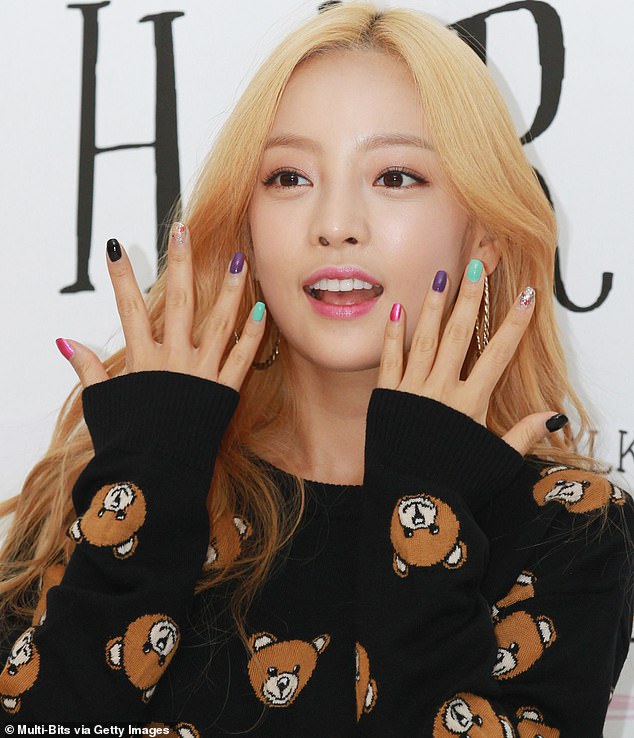 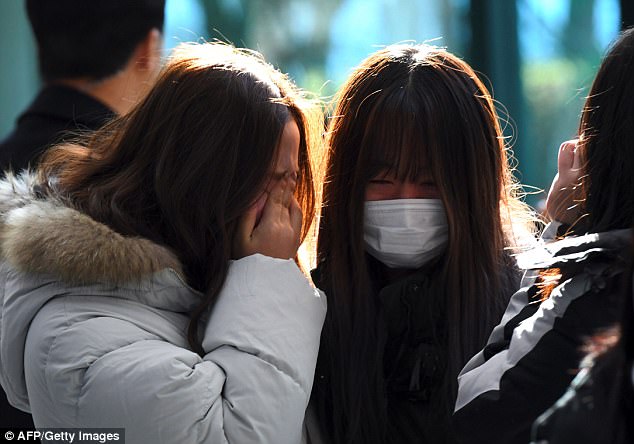