Kai Havertz has revealed how Chelsea’s ambition persuaded him to make the £89million move from Bayer Leverkusen this summer.

Chelsea won the race for the highly-coveted Havertz after his breakthrough 18-goal season for Leverkusen, and the Germany international pointed to the club’s project as the deciding factor.

‘To me, it was important to have a club with a vision,’ he told Sport Bild.

‘The club is on the move. We are a young team with a lot of great players. We think aggressively.

‘We want to build something here and attack. This motivates me. And then, a title with Chelsea is just worth more.

‘A transfer like this doesn’t happen overnight. I had to go through all options and things which are important to me. 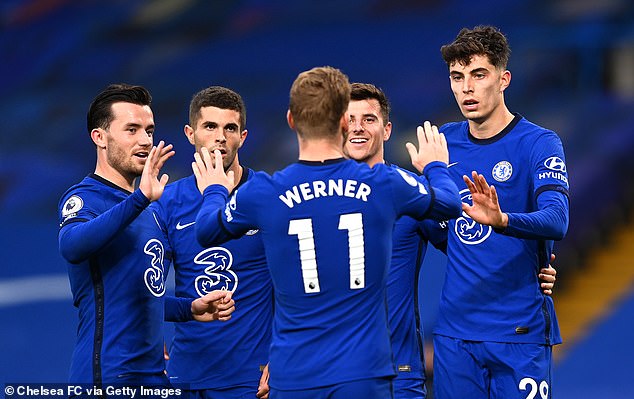 ‘I was watching a lot of Premier League on TV anyhow and knew Chelsea really well.’

Havertz has impressed in flashes since arriving at Stamford Bridge and is currently self-isolating after testing positive for coronavirus last week.

He scored his first Premier League goal in the 3-3 draw with Southampton, but after the game former Blues defender Frank Leboeuf said he was unsure about the £89m signing and the rest of the team.

‘I’m not convinced about Havertz, I’m not that optimistic,’ he said, speaking to ESPN.

‘I’m not convinced at all about Chelsea right now.

‘It’s like they don’t know each other, they’re not fit enough, I’m very worried. 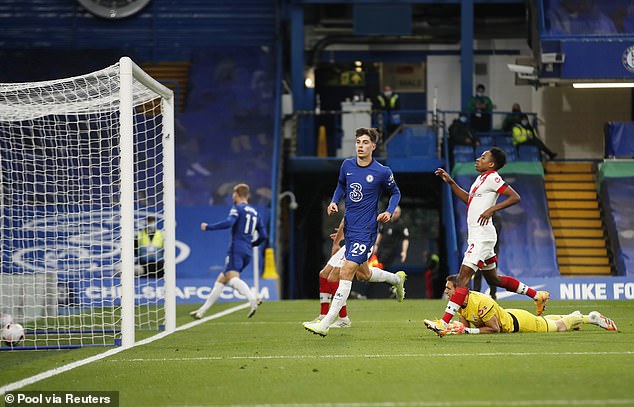 ‘I’m going to give them the benefit of the doubt because I don’t know what they’re worth, but, really, if they keep on performing like that, for sure they’re not going to finish in the top four.’

Havertz was one of several high-profile signings Chelsea made in the summer along with the likes of fellow Germany international Timo Werner, Hakim Ziyech and Thiago Silva.

Frank Lampard’s new-look forward line took time to gel but his frontmen appear to be hitting their stride with four consecutive wins in all competitions in which they have scored 14 times.

They appear to be silencing their critics now, and the 20 goals they have scored this season is more than any Premier League side has managed so far.