Kanye West professed his love for Donald Trump and defended his support of conservative mouthpiece Candace Owens at the weekend, a radio host has said.

Ebro Darden, host of Hot 97, said he spoke with the rapper on Sunday after he voiced his approval of Owens on Twitter the day before, sparking an uproar.

During that conversation, Darden claims Kanye said ‘I love Donald Trump’ while complaining that he ‘couldn’t get anything done’ with Obama.

Kanye West professed his love for Donald Trump during an interview with radio host Ebro Darden at the weekend (pictured, the pair meet at Trump Tower in 2016) 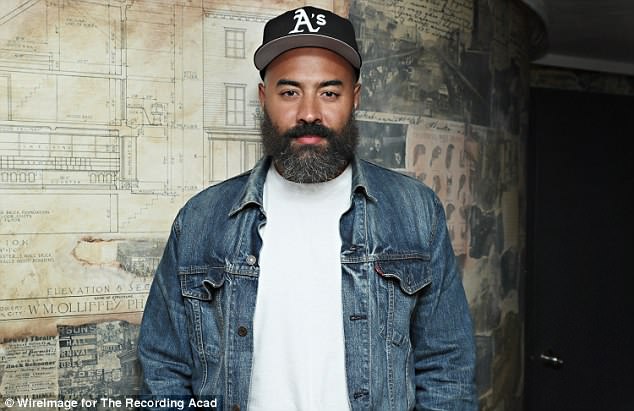 Darden said Kanye told him that his goal is to ‘deprogram’ people by ‘challenging conventional black thought’, and he feels he is being demonized for doing so

‘I reached out to Obama for years and couldn’t get anything done, but Trump gave me a meeting,’ Darden claimed Kanye said during his Monday morning show.

Obama was famously caught on a hot mic calling Kanye a ‘jacka**’ after he interrupted Taylor Swift’s MTV awards speech in 2009, then stood by the comment in an interview in 2012.

Darden said he challenged Kanye, suggesting that Trump merely used him for a quick photo opportunity, but the singer retorted that Trump is a busy man.

Kanye also explained to Darden that his philosophy is to ‘deprogram people’ and ‘have them think differently than they did before’, Darden said.

The singer also said that he felt ‘demonized’ for ‘challenging conventional black thought’, according to the radio host.

Kanye’s comments come ahead of his new album, which he said is due to be released on June 1.

It also comes after Kanye tweeted on Saturday morning: ‘I love the way Candace Owens thinks.’ 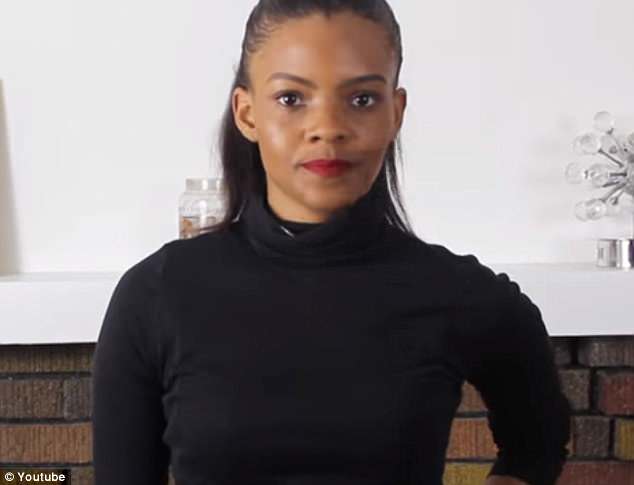 Kanye’s tweet caused a huge amount of controversy when it was posted on Saturday, both from pro and anti-Trump supporters

I’m freaking out. @kanyewest ….please take a meeting with me. I tell every single person that everything that I have been inspired to do, was written in your music,’ Owens said on Twitter sharing West’s post.

‘I am my own biggest fan, because you made it okay. I need you to help wake up the black community.’

Owens is a known conservative, who is known for proudly bashing Black Lives Matter while singing praises of President Donald Trump.

An ardent opponent to ‘social justice warriors’, she has gained million of followers for her videos on Facebook.

She was recently tapped to be far-right group Turning Point USA’s director of urban engagement.

Kanye has been quite vocal of his support for controversial conservatives.

Soon after Donald Trump Presidential election, West shared with a Californian audience that he would have voted for Trump.

In December of 2016, he met with President Donald Trump but soon after deleted all his post about the President after he was hit with a wave of criticism.