Kardashians HAVE watched Caitlyn Jenner on I’m A Celebrity

Since Caitlyn Jenner entered the I’m A Celebrity… Get Me Out Of Here! jungle 11 days ago her famous family have remained rather muted.

Yet MailOnline can reveal that the clan have been tuning in to watch her from home, and were left devastated when she broke down in tears at the start of her journey.

The Olympian, 70, left her family, and her partner Sophia Hutchins, 23, distraught when she broke down and threatened to quit on the first night, and are delighted to see that she’s since turned things around.

Supported: Caitlyn Jenner’s famous family have been watching her I’m A Celebrity and were left devastated when she broke down in tears at the start of her journey

A source told MailOnline: ‘When she first went in it was really hard for them to see her upset, just because she is normally the complete opposite, so upbeat and positive.

‘Caitlyn is being completely herself in the jungle and that is why the public are loving her. She is extremely kind and generous so it’s no surprise that she isn’t involved with any of the arguments in the jungle!’

Revealing why the reality star chose to appear on I’m A Celebrity, they continued: ‘Caitlyn wanted to represent who she is and the journey she has been on.

‘Whilst of course she adores her family and will reference them in the jungle occasionally, she is there as herself so that the British public can see who Caitlyn really is and not the person in the TV shows and magazines.’ 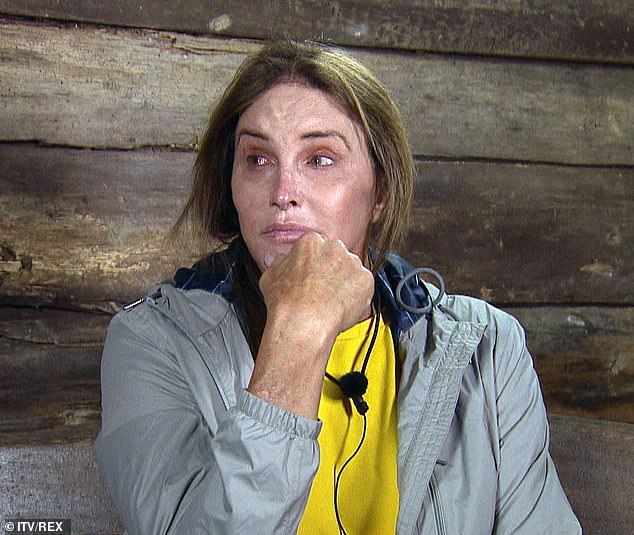 Emotional: The Olympian, 70, left her family, and her partner Sophia Hutchins, 23, distraught when she broke down and threatened to quit on the first night 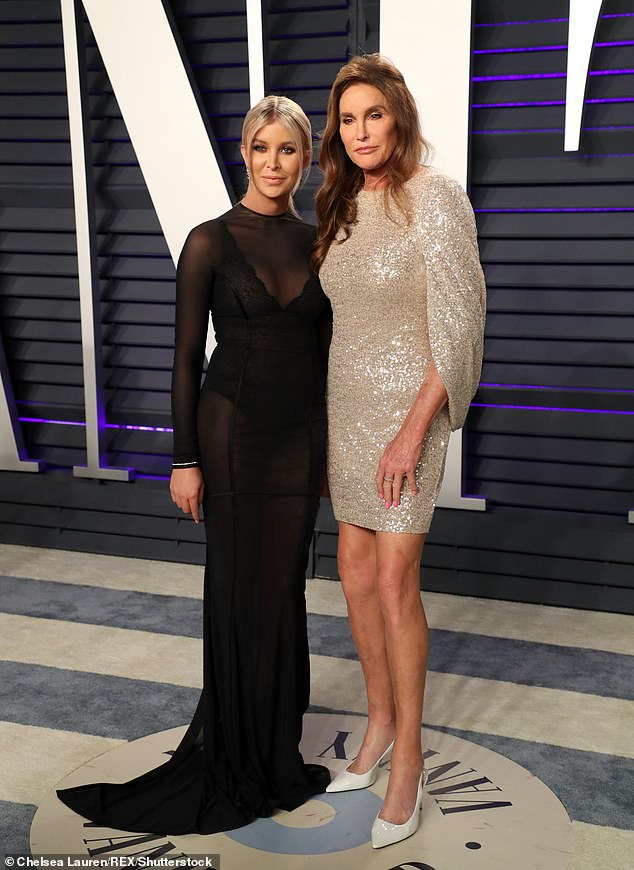 Backing her: Sophia has been a vocal support for Caitlyn during her time in the jungle, and whilst her family have kept slightly quieter, they too have been watching

Caitlyn, who shares daughters Kendall and Kylie with ex-wife Kris Jenner, achieved worldwide fame when Keeping Up With The Kardashians launched in 2007.

The decathlete starred on the series alongside stepchildren Kourtney, Kimberley, Khloé, and Rob Kardashian.

After transitioning from Bruce to Caitlyn, the transgender athlete starred in I Am Cait, which documented her life as a woman. Meanwhile, Kendall finally broke her silence on Caitlyn’s I’m A Celebrity stint with an Instagram post on Wednesday.

After two weeks of silence the supermodel threw her support behind her father as she shared an image of Caitlyn with campmates Nadine Coyle and Jacqueline Jossa, she wrote: ‘Always rooting for you! Strongest person in the world.’

Referencing circulating claims of an ongoing family silence regarding her participation on the show, Kendall added: ‘Just cuz I’m not posting doesn’t mean I’m not supporting. I love my dad! Everyone chill.’ 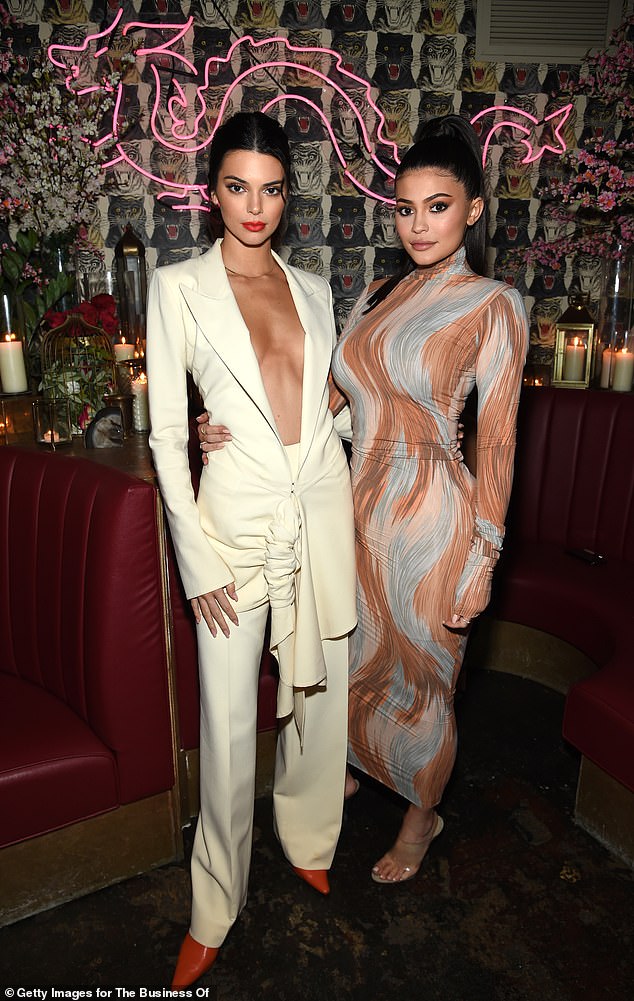 Keeping quiet: Caitlyn, shares daughters Kendall and Kylie with ex-wife Kris Jenner. Kylie has yet to speak out on her father’s appearance in the jungle 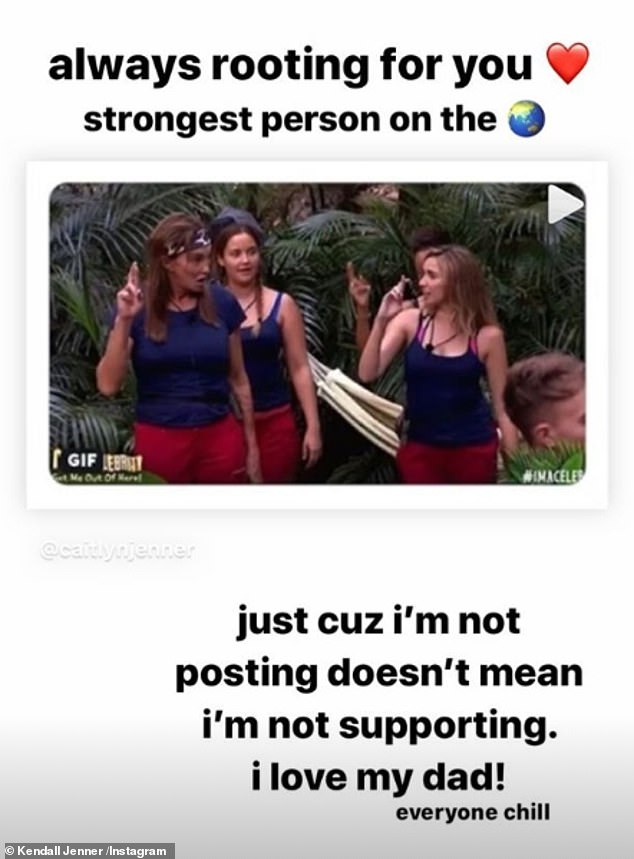 Well done: After two weeks of silence, Kendall threw her support behind Caitlyn in an Instagram post, shared with followers on Wednesday evening

The week before, Kim Kardashian became the first member of the clan to speak out about Caitlyn’s jungle stint last week.

The reality starlet, 39, shared a video of Caitlyn giving a rousing speech to her fellow campmates to Twitter on Saturday.

She added: ‘Rise and shine!’ which appeared to be a nod to Kylie’s viral greeting to daughter Stormi, 21 months.

Showing her approval for Caitlyn, Kim wrote to her 62.3m followers: ‘I literally recorded this and set this as my alarm a few weeks ago!’ 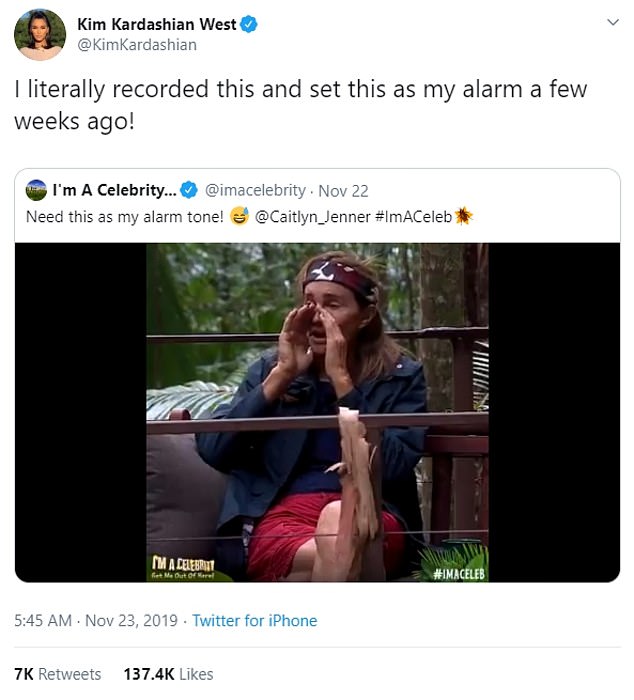 Supportive: The week before, Kim Kardashian became the first member of the clan to speak out about Caitlyn’s jungle stint last week