The Kardashians have been left ‘shocked beyond words’ after Kanye West revealed that he and his wife considered having an abortion when she was pregnant with their first child North West.

The 43-year-old rapper took to the stage at North Charleston’s Exquis Event Center in South Carolina on Sunday to reveal that he and Kim Kardashian, 39, considered aborting their daughter, who is now seven, before he got a ‘message from God’.

However his unscripted speech, which came two weeks after he announced his unlikely bid for president, has since left his wife and her family upset and alarmed, according to TMZ.

Sources told the news site that members of the family have been left ‘shocked beyond words’ by the Grammy-award winner’s comments and feel he is in ‘desperate need of professional help’. 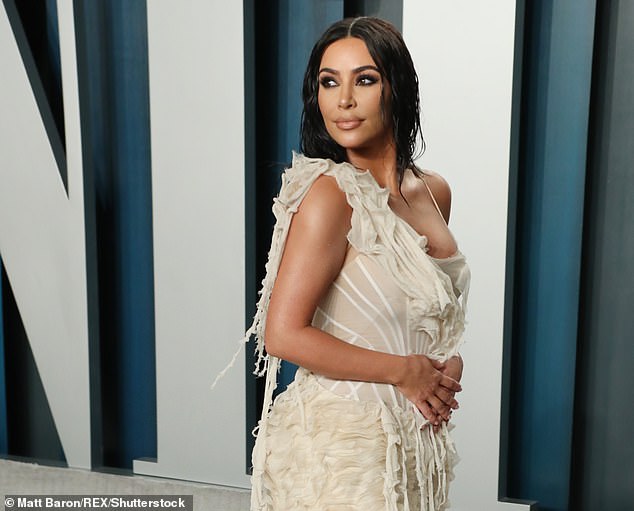 Following Kanye’s rally speech, Real Housewives of Potomac star Candiace Dillard blasted the Kardashians and claimed they did not care for the rapper’s wellbeing.

In an Instagram post Dillard said: ‘If my husband was out in the public eye having a manic episode because that is what this is. Having a mental breakdowns because that is what is happening and making a complete mockery of our political system, I would be gearing up to enter him into a conservatorship.

‘Kanye West needs to be committed temporarily. He is not well and that fact that his family the people that he leans on and depends on to take care of him are allowing him to be out in the world, allowing him to make a compete a** of himself. He is making a complete fool of himself.’

She added: ‘Where are you? Where is anyone in that family? Because at the point where he is breaking down crying, screaming like a child at a campaign rally. If I’m your wife I’m going to get you and we’re going to get you some help.

The frustrated reality star later urged viewers to not let the rapper’s display deter them from voting for ‘viable candidates’ in the election.

Dillard added: ‘Please don’t allow this to deter you from voting for viable candidates who actually have the experience and the marbles and the mental stability to be able to do the job that needs to be done to get out country back to a place that makes sense.’

During his rally on Sunday, the rapper, who was dressed in a bullet-proof vest, shared that in 2013 Kim ‘had the pills in her hand’ to have an abortion before he was inspired by God to have the child.

He said: ‘My girlfriend called me screaming, crying. I’m a rapper. And she said I’m pregnant. She was crying.’ 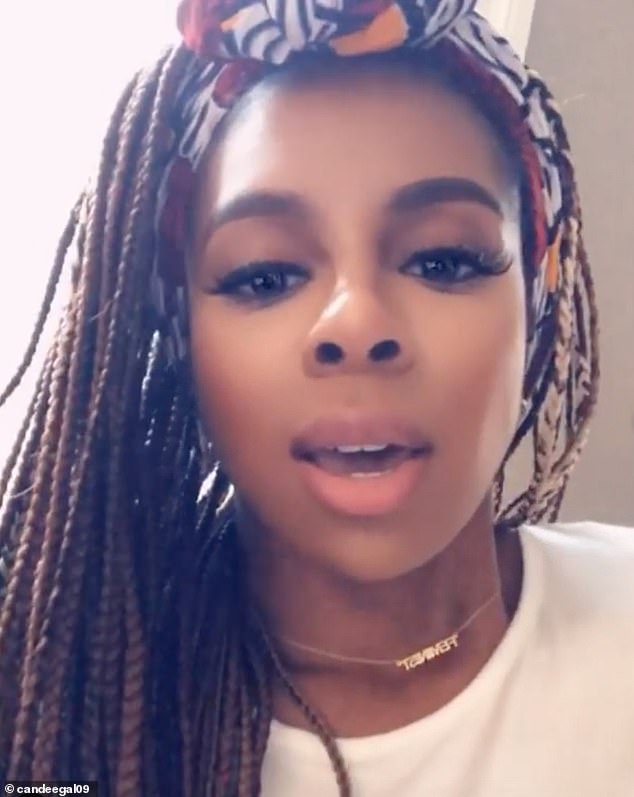 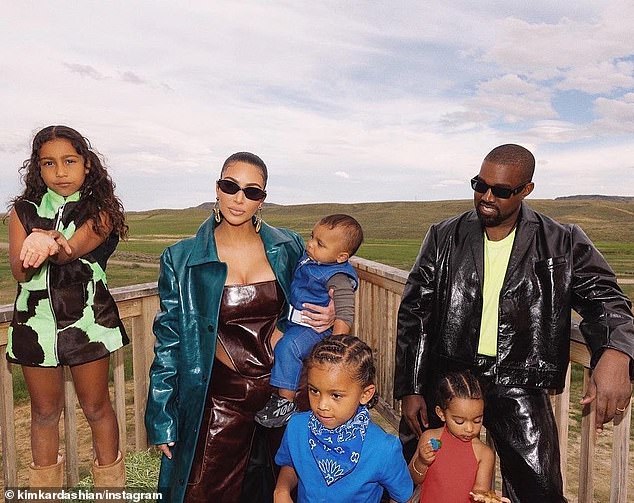 Kanye West pictured  with wife Kim Kardashian and their children North, Saint, Chicago, and Psalm, in a photo posted on Father’s Day  on June 21, 2020 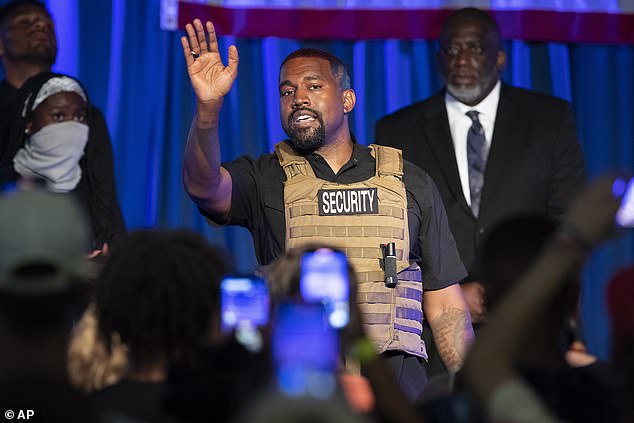 Kanye said he was weighing up what to do, when he received what he interpreted as a sign from God while he was working on his laptop in Paris.

‘And I called my girlfriend and said we’re going to have this child.

‘Even if my wife were to divorce me after this speech, she brought North into this world, when I did not want to.’

The rapper went on to break down in tears as he shouted: ‘She had the pills in her hand! I almost killed my daughter!’

During his speech, Kanye also revealed that his father wanted to abort him but his mother Donda ‘saved his life’.

Kanye spent much of the rally discussing abortion, and announced that he wanted women to be given money by the government for bearing children, to discourage abortion.

‘Abortion should be legal but the option of maximum increase should be available,’ he said.

‘Everybody who has a baby gets a million dollars or something.’ 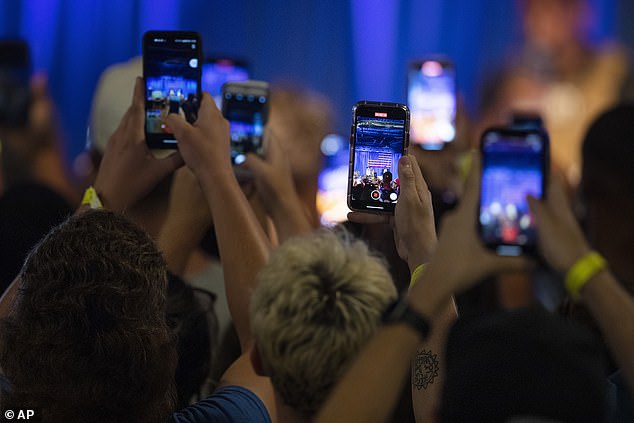 The rapper  spent much of the rally discussing abortion, and announced that he wanted women to be given money by the government for bearing children

The Bound 2 singer went explain that he wanted all mothers to be free from the worries of child care before pointing out that Steve Jobs was adopted.

‘Steve Jobs was adopted,’ he said.

‘It takes a village to raise a child. No matter how much money you have. Society is set up for single women to not have a village.

‘So I moved to a small town, in Cody, Wyoming.’

She also shares sons Saint, 4, Psalm, 1, and two-year-old daughter Chicago with the musician, who she married in 2014.