A mother-of-eight has been given the devastating news she has just weeks to live after discovering a small cancerous lump on her upper thigh.

Karen Gillingham, from the Central Coast of New South Wales, was diagnosed with pleomorphic rhabdomyosarcoma, a rare and aggressive form of soft tissue cancer, in March 2020.

Despite undergoing surgery to remove the 3.5cm tumour from her upper left thigh, the 44-year-old was told the cancer had spread throughout her body.

To fight the disease, the grandmother-of-eight underwent four surgeries, radiotherapy and a gruelling round of chemotherapy – but has recently been told by doctors to get her ‘affairs in order’ due to the aggressive nature of the cancer.

‘We take every day as it comes, there has been a lot of tears. Telling the children she has just weeks to live was an ordeal. She’s been saying her goodbyes,’ her husband of 14 years Glen Gillingham told Daily Mail Australia.

Mr Gillingham shared heartbreaking photographs of his wife, taken one year apart, showing just how much her health has rapidly deteriorated. 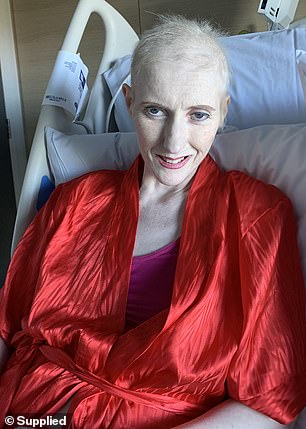 Karen Gillingham (pictured left in 2020 and right in 2021) has been given the devastating news she has just weeks to live after discovering a small cancerous lump on her upper thigh. Her husband Glen shared heartbreaking photographs of his wife, taken one year apart, showing just how much her health has rapidly deteriorated 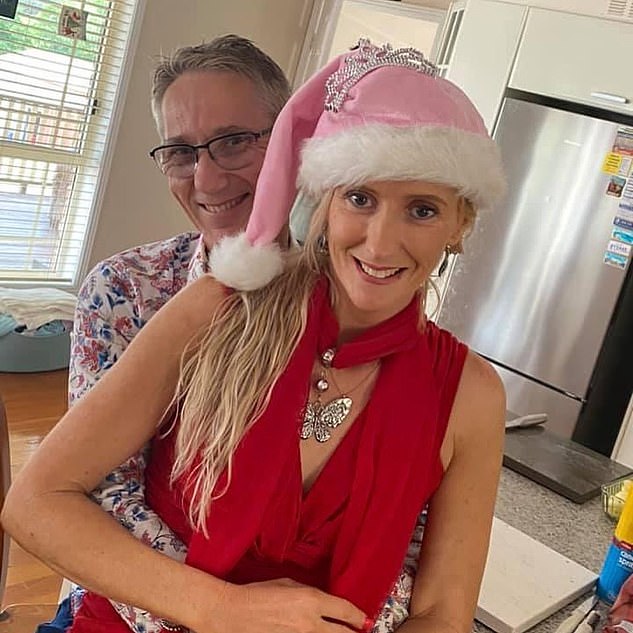 Before her diagnosis, Mrs Gillingham – who moved from Ireland to Australia at the age of six – first noticed a strange lump on her left thigh in late February last year.

‘The first sign she noticed was just a lump, it wasn’t painful at all. She could press on it and there would be no pain associated at all,’ Mr Gillingham recalled.

As a precaution, the mother had the 3.5cm tumour removed, along with a tennis ball-sized amount of tissue.

But after undergoing a second procedure to remove more tissue, the tumour led to her cancer diagnosis.

‘We were shocked, absolutely shocked. But at that state, we thought it was only in her left thigh so there was a great chance for resistive by the end of it,’ he said.

‘Even though we were shocked, we remained hopeful.’ 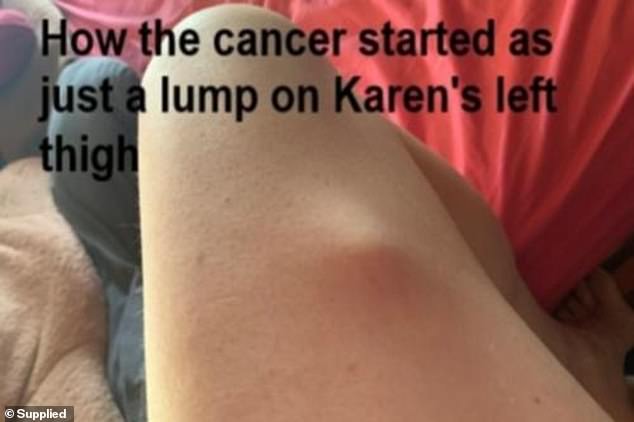 Before her diagnosis, Mrs Gillingham first noticed a strange lump (pictured) on her left thigh in late February last year

But despite undergoing her first round of chemotherapy on December 15, the cancer has since spread to her liver, lung, right thigh, chest and bicep.

‘It was quite an aggressive form of chemotherapy. We were told it worked best for her condition. After the surgery, she had very few side effects, she lost all her hair,’ her husband said.

‘But the surgery actually didn’t do anything to her cancer. Her cancer grew rather than shrink… The tumour in Karen’s left chest is now over 25cm in size and is pressing on her heart.’

Far from getting better, Karen was told by her doctor in early January they were ceasing all active forms of her treatment.

‘She’s too weak to have any further chemotherapy and in any event the cancer was not responding to chemotherapy,’ Mr Gillingham said.

On January 6, the family were told to prepare for the worst as she only has a ‘life expectancy’ of two to three weeks.

‘There has been nothing left unsaid between us,’ her husband said, as he broke down in tears, adding: ‘The reality is, life will go on, I have children to look after.’ 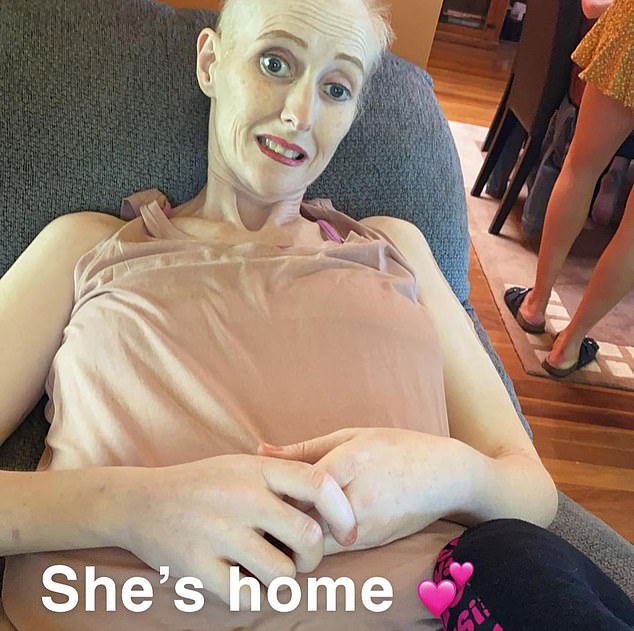 Refusing to give up on hope, the determined mother plans on trialling expensive non-subsidised treatments in a last ditch effort to survive 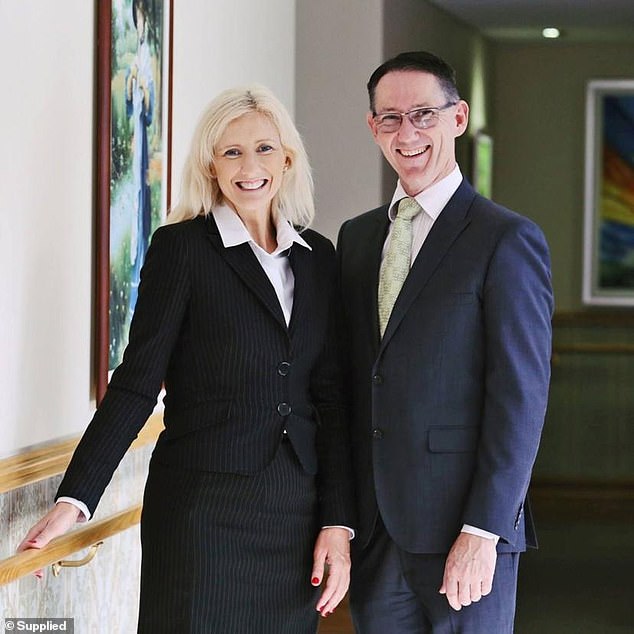 Refusing to give up on hope, the determined mother plans on trialling expensive non-subsidised treatments in a last ditch effort to survive.

The family has set up a GoFundMe page to raise money for her medical expenses, with immunotherapy alone costing as much as $150,000.

‘These cancer treatments, when (if) successful are not just for Karen. Karen and her family will tell her story far and wide, spreading the word to other cancer sufferers to try, and try and never ever give up,’ the family wrote.

‘Please help Karen to live, to survive to see her kids grow up. Please help with as much as you are able.

‘Please help Karen and all cancer sufferers who have been told by their medical team that there is no hope for them.

‘This is real time cancer research with a living person. Please assist us to make this happen. Please give now… time is limited and urgency is required.’