Karim Benzema insists another trophy with Real Madrid would be more meaningful than any personal milestone.

The French striker grabbed his 200th goal for the club against Viktoria Plzen on Wednesday night, before going on to grab number 201 in a 5-0 demolition of their Champions League Group G rivals.

The holders are now in complete control of their own knockout stage destiny, and the 30-year-old insists his focus is on the next winner’s medal, as opposed to any achievement of his own.

‘I play football to rewrite the history books and sometimes people don’t understand what I do out on the pitch,’ he told the club’s official website.

‘I’m there to help my team-mates and give my all. I sometimes score and other times I don’t. But the important thing is that we win silverware.

‘I’m 30 now and that’s always been the case. I’m very proud of my goals, it’s a big tally and that gives me the confidence to go on and score more. However, it’s not just all about the goals, you’ve got to be a good footballer to be a good striker.

‘When I take to the pitch I want to score goals, but am also keen to provide assists, defend, attack… do the job that a forward does.’

The simple victory against the Czech outfit makes a welcome change from the struggles the club have had so far this season, with manager Julen Lopetegui already being shown the door despite only taking the job in the summer. 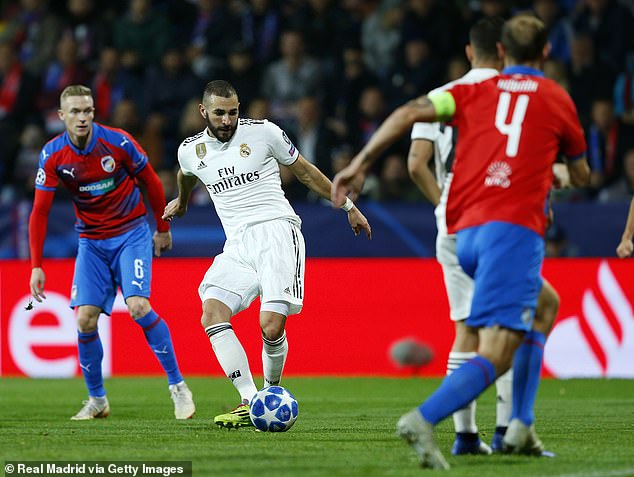 That has left Real Madrid Castilla coach Santiago Solari in temporary charge, and Benzema insists the squad are behind the former Argentina international.

‘Solari was also a Real Madrid player and he knows a lot about the game. The team’s fortunes have changed and let’s hope that continues,’ he said.

‘Why wouldn’t we back Solari? He’s doing a good job.’ 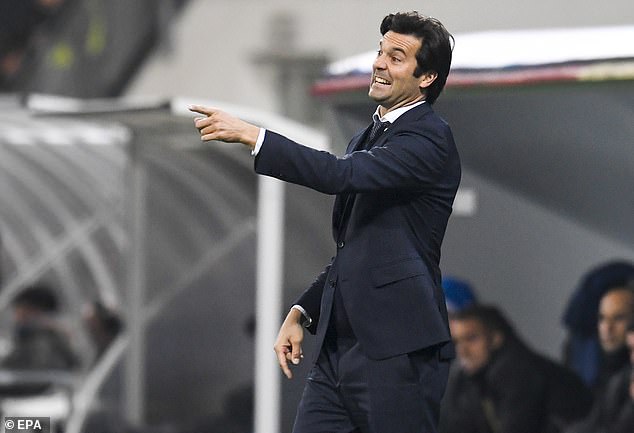