France have been given an injury scare just days before the Euros kick off after Karim Benzema was forced off in the friendly against Bulgaria.

Just three days before Euro 2020 gets underway and a week ahead of France’s opening fixture against Germany, Real Madrid striker Benzema went down injured in the first half against Bulgaria.

After sustaining the injury, Benzema immediately signalled to the bench to be replaced, before dropping to the ground at the Stade de France. 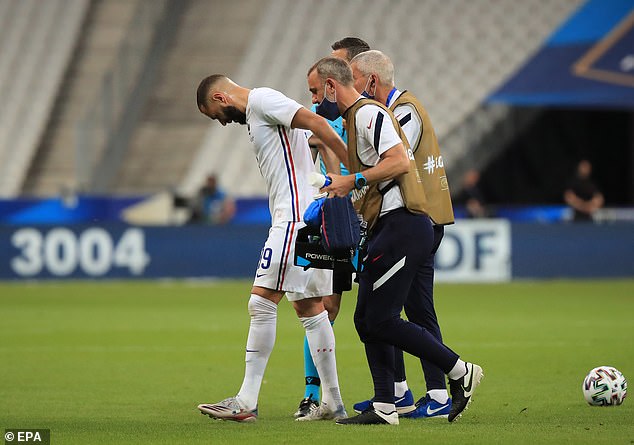 After treatment on the pitch, Benzema was eventually replaced by Olivier Giroud with just minutes remaining in the opening period on Tuesday night.

It was a hugely worrying sign for France, but according to Get French Football News, the country’s coaching staff reportedly told a pitchside reporter that Benzema received a ‘knock’ and nothing more serious.

Further reports from French television channel TF1 claim that Benzema limped down the tunnel at half-time, but was able to move without any assistance. 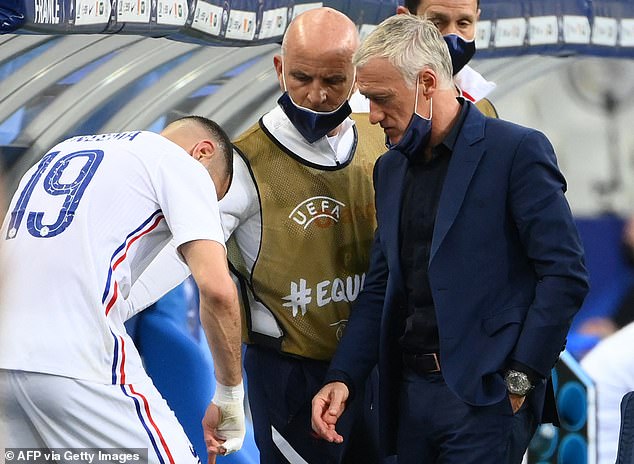