Deputy White House Press Secretary Karine Jean-Pierre made some history when she took the White House podium Wednesday, as the first black woman to conduct the briefing since 1991.

The longtime Democratic operative was filling in for Press Secretary Jen Psaki, who congratulated her on her ‘big day’ before she faced the press.

She fielded questions for more than 50 minutes, occasionally reading from pre-prepared talking points. She also displayed a knack for tactics her predecessors used for not providing much new information in response to questions.

‘I don’t have that information to share with you right now,’ she said in response to a direct question about the U.S. Intelligence Community and China.

Several reporters acknowledged her debut at the podium, although she has also held less formal ‘gaggles’ with the press on prior trips aboard Air Force One.

When one asked her to share her thoughts on the moment, she responded: ‘It’s a real honor just to be standing here today. I appreciate the historic nature, I really do. But, I believe being behind this podium, being in this room, being in this building, is not about one person. It’s about what we do on behalf of the American people.’

‘Clearly the president believes that representation matters, and I appreciate him giving me this opportunity,’ she added.

She also made history in other ways. She is the first openly gay woman to brief the press from the podium. She is married to CNN reporter Suzanne Malveaux. 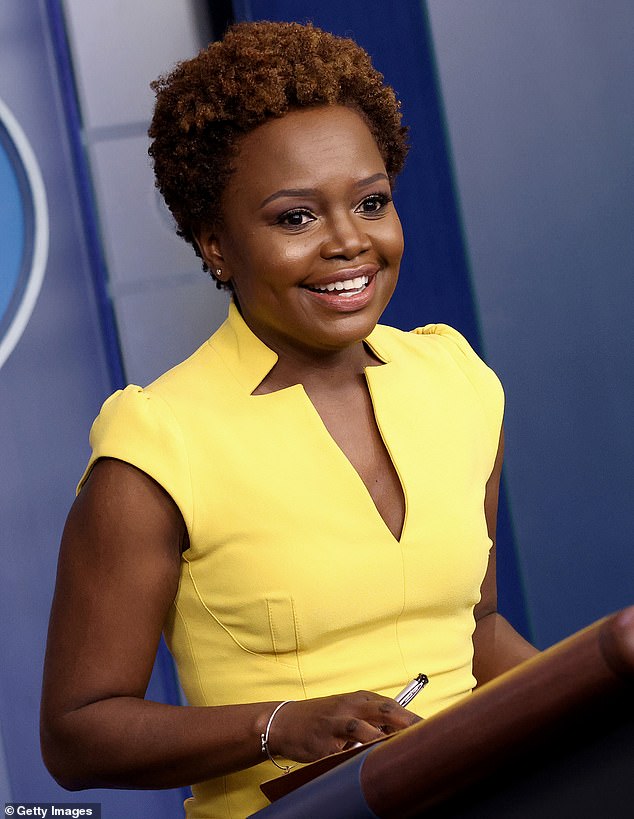 Jean-Pierre is the child of immigrants, and is the first openly gay woman to brief the press in the role 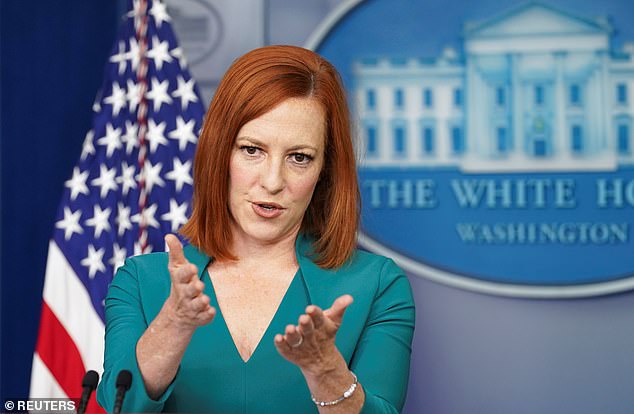 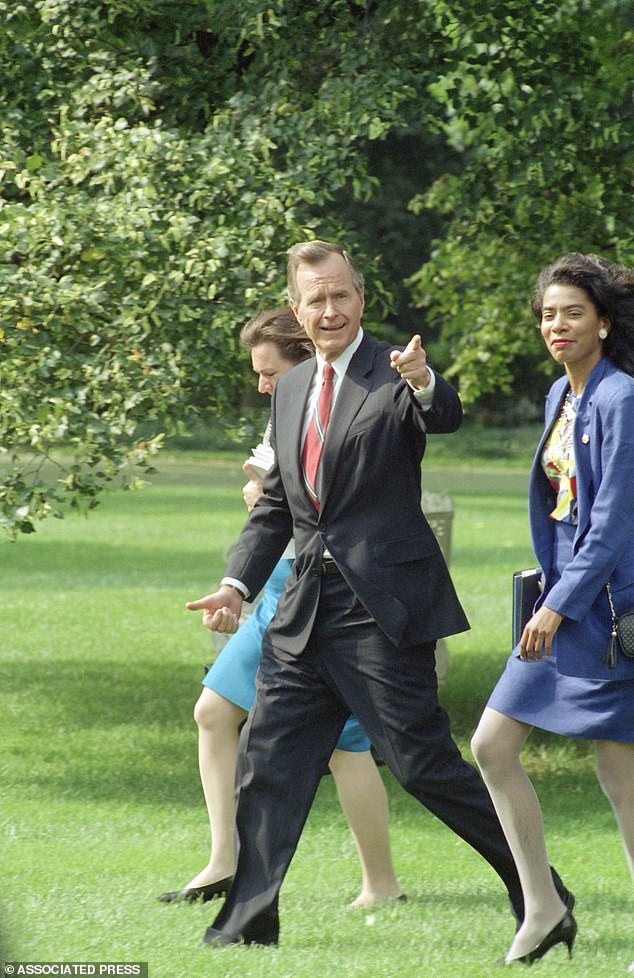 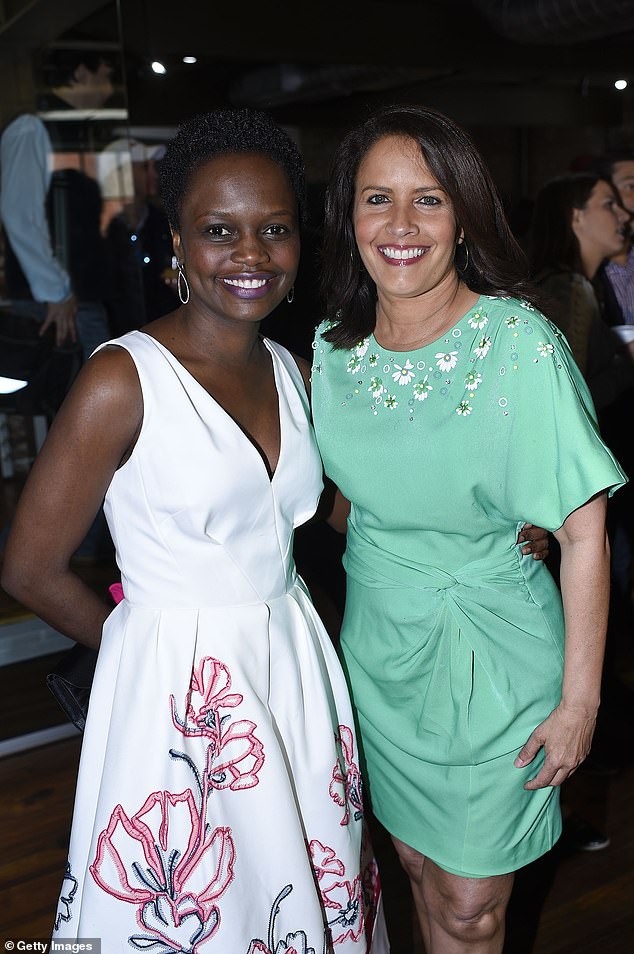 Karine Jean Pierre and Suzanne Malveaux attend the CNN Correspondents’ Brunch at Toolbox Studio on April 26, 2015 in Washington, DC. Jean-Pierre is the first openly gay woman to conduct the briefing 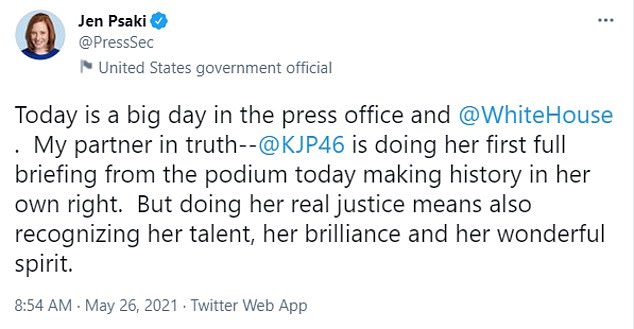 The 43-year-old was born in Martinique and is the child of Haitian immigrants who later moved to New York.

Predecessor Judy Smith, who served as deputy press secretary in the George H.W. Bush administration in 1991, was the first Black woman to brief the press in the role. 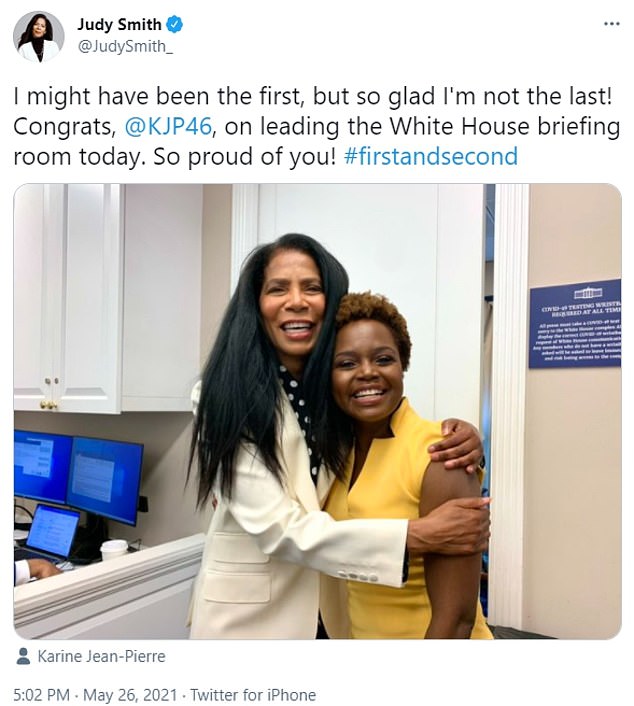 Other black women, including National Security Advisor Susan Rice, occasionally spoke to reporters from the briefing room in their different roles.

Jean-Pierre is considered a likely successor to Psaki, who has said she expects to fill her role for about a year.

Psaki hyped the moment on Twitter earlier Wednesday. ‘”Today is a big day in the press office and @WhiteHouse. My partner in truth–@KJP46 is doing her first full briefing from the podium today making history in her own right. But doing her real justice means also recognizing her talent, her brilliance and her wonderful spirit.’

Like Psaki, Jean-Pierre pledged to provide ‘transparency’ from the podium.

She succeeded in at least one capacity: she failed to make major news.