The 65-year-old will bring forward his departure date in order to avoid next season’s executive leadership being split in two halves.

Former Bayern and Germany goalkeeper Oliver Kahn is now poised to replace Rummenigge from the start of July.

Karl-Heinz Rummenigge (right) will hand over to new CEO Oliver Khan (left) at the start of next month as opposed to the end of the year. They are pictured with Bayern’s supervisory board chairman Herbert Hainer 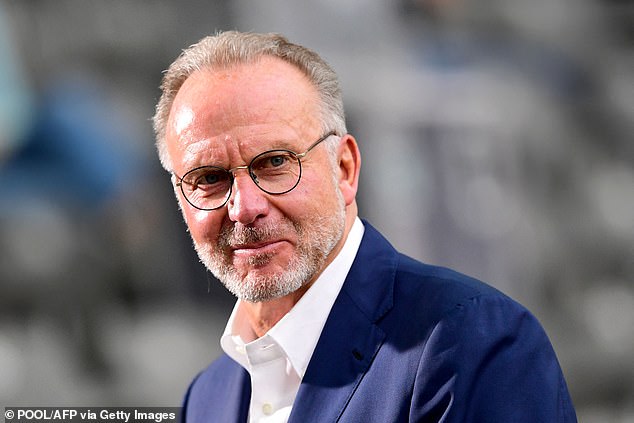 Rummenigge, who has been a Bayern executive for 30 years, was originally going to stay in post until December 31 with Kahn then replacing him.

But he has now decided a summer transfer of power would be easier to clarify decision-making ahead of next season.

‘It is the most strategically sensible and logical time,’ said Rummenigge. ‘We’re coming to the end of the financial year, and at the same time a new phase is beginning with a new coaching team.

‘The new season should be the responsibility of Oliver Kahn as the new CEO right from the start – also in the sense of the people involved and thus in terms of the future of FC Bayern.

‘I already said two years ago that we were planning a prudent transition, and it is finally being implemented now. That’s how it should be.’ 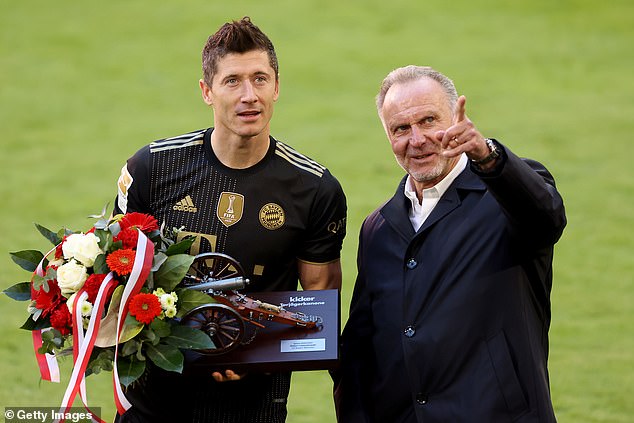 He added: ‘It’s a farewell filled with satisfaction and pride, I’m able to hand over a club that is completely intact in sporting, economic and structural terms. That was important to me.

‘I would like to thank so many people whose paths I have crossed at FC Bayern. First and foremost, of course, my colleagues on the board, President Herbert Hainer and our committees, especially the supervisory board.

‘But also all the employees of FC Bayern and, of course, our fantastic fans. I hope that they will soon be able to support our team in the stadium again.

‘I sincerely wish FC Bayern the greatest possible success, continued intact values and an unshakeable sense of unity. I never learned Bavarian – but let me say this as a farewell: Mia bleim mia (we stay who we are).’ 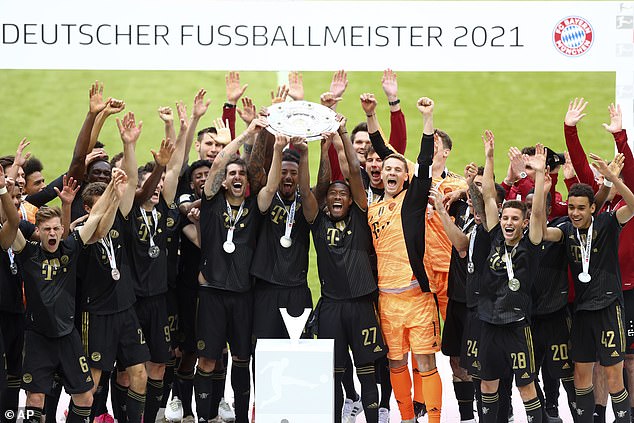 The transition process has already started, with Rummenigge playing a minor role in the negotiations to appoint new manger Julian Nagelsmann.

He will make a clean break with the club and won’t serve on their supervisory board or in any other role. Rummenigge will, however, sit on the UEFA Executive Committee until at least 2024.

Khan, only a member of the club’s board of directors since January last year, has enormous shoes to fill.

Rummenigge has overseen an extraordinary period of dominance which just saw the club win the Bundesliga for the ninth consecutive season. 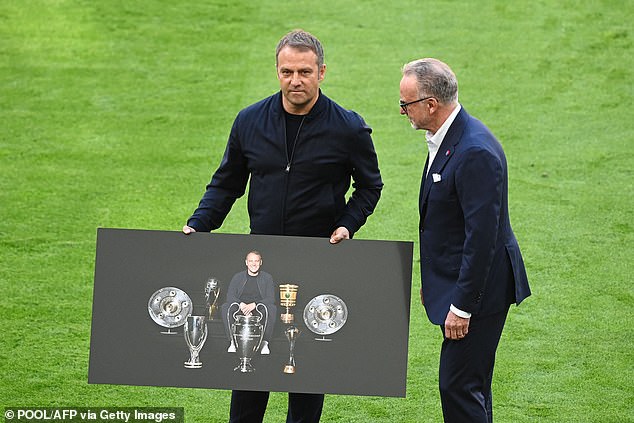 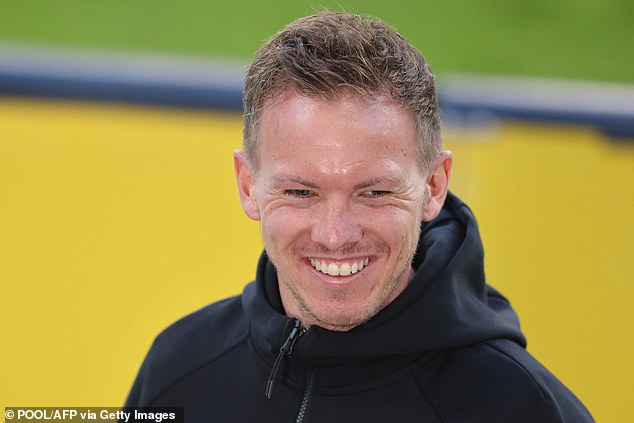 They won the Champions League in 2001, 2013 and 2020 as well as a host of other domestic and international honours.

Khan said: ‘Karl-Heinz Rummenigge has done a great job for FC Bayern as CEO for more than 20 years. During this time, the club has won everything there was to win, and his services to FC Bayern cannot be valued highly enough.

‘Now the time has come for me to take over responsibility at the helm of FC Bayern Munchen AG. In the past 18 months, I have become acquainted with all facets of the club and know very well how FC Bayern works and what challenges lie ahead.

‘I am aware of the task and the responsibility it entails and am very much looking forward to it.’