Today Show viewers may have been confused on Wednesday morning as Karl Stefanovic jokingly proclaimed Anthony Albanese as the Prime Minister.

The Nine Network host appeared to have been mucking around with co-hosts Allison Langdon, Brooke Boney and Alex Cullen while on an ad break before continuing on with gag as the show returned.

‘Welcome to 2024. The Prime Minister Anthony Albanese is in big trouble this morning after interest rates went down for the first time,’ Stefanovic said.

Scott Morrison is still the Prime Minister with the federal election not until May 21 where he is running against Mr Albanese.

‘Did you fall asleep and miss two years, it feels like it?’ Langdon laughed.

‘May the fourth be with you,’ a grinning Stefanovic then added.

He then introduced the next segment, a piece on the Reserve Bank raising the official interest rate to 0.35 per cent.

He then threw to a reporter making one final nod to the joke – saying the 2032 Brisbane Olympics were not too far away.

‘First to Jessica Millward in Brisbane. Good morning to you. Only eight years until the Olympics,’ he laughed. 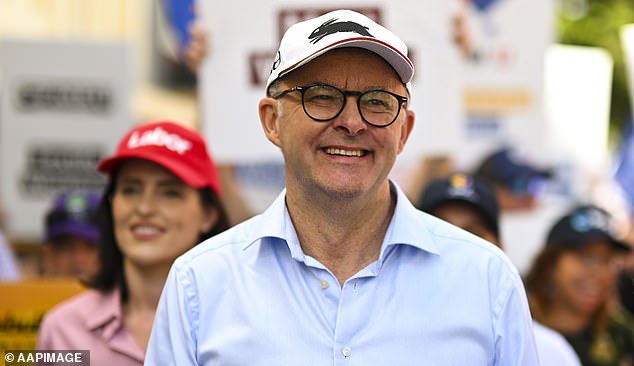 The RBA raised the cash rate from a record low 0.1 per cent to 0.35 per cent at Tuesday’s monthly board meeting, making mortgages more expensive.

The number is a larger increase than economists had been expecting after last week’s strong inflation numbers.

The annual rate of inflation surged to 5.1 per cent and underlying inflation hit 3.7 per cent, well above the RBA’s two to three per cent inflation target.

‘If interest rates were to remain unchanged, inflation would be higher than this, perhaps substantially higher,’ Dr Lowe told reporters in Sydney during a rare press conference following the board meeting. 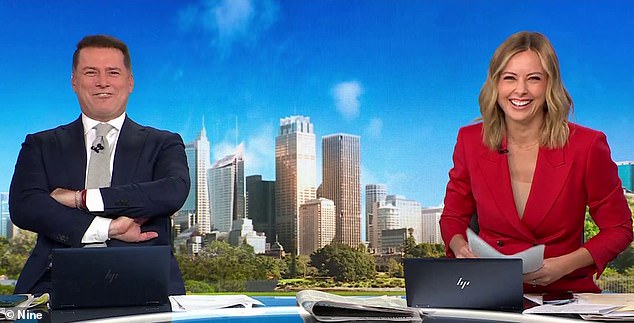 The Today show hosts thought the gag was hilarious (pictured)