The model, 26, and Kushner, 34 — the younger brother of Ivanka Trump’s husband, Jared Kushner — married during a surprise and intimate ceremony on October 18, 2018, in upstate New York, just three months after Kushner proposed.

Around that time, a Kloss spokesperson told People that the couple would throw a bigger party for friends and family in the spring, a plan which Kloss and Kushner have finally executed.

Karlie Kloss and Joshua Kushner’s friends revealed that the couple had thrown a Western-themed party in Wyoming to celebrate their wedding. They are seen here during the horah 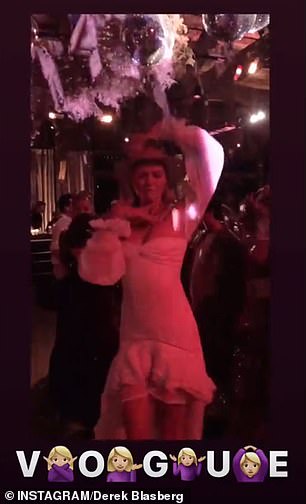 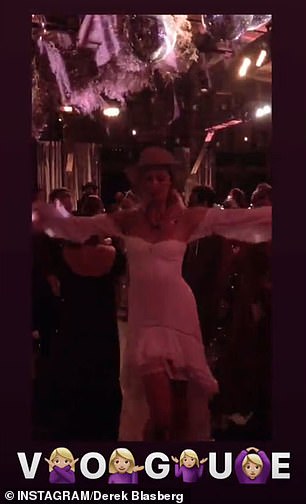 Kloss, wearing a white, off-the-shoulder dress, was shown dancing during the party

Pictures and videos posted by friends on social media Sunday revealed that the couple’s big party went down in Wyoming and involved an appropriately Western theme, with guests — including Diane Von Furstenberg, Orlando Bloom and Katy Perry — sporting prairie-chic and cowboy-inspired ensembles.

Kloss’ pal, Derek Blasberg, posted a series of pictures from the event, captioning them, ‘May your marriage be as intense and long lasting as my hangover from this weekend.’ 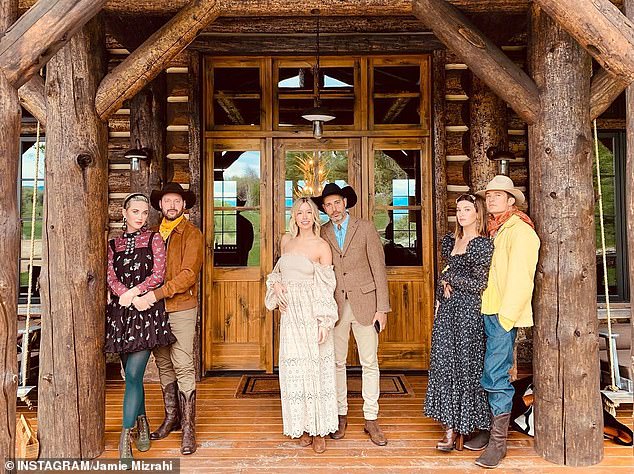 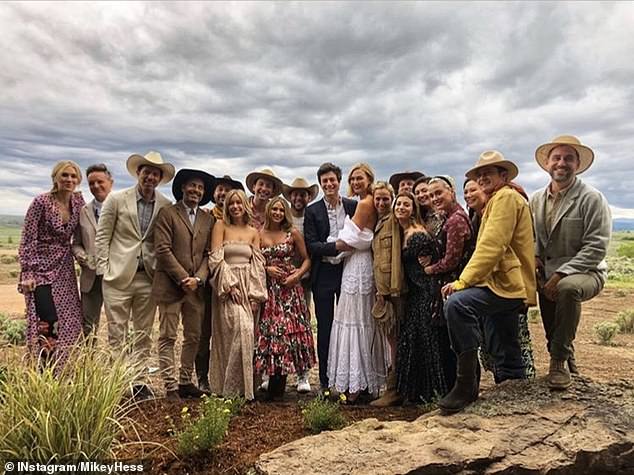 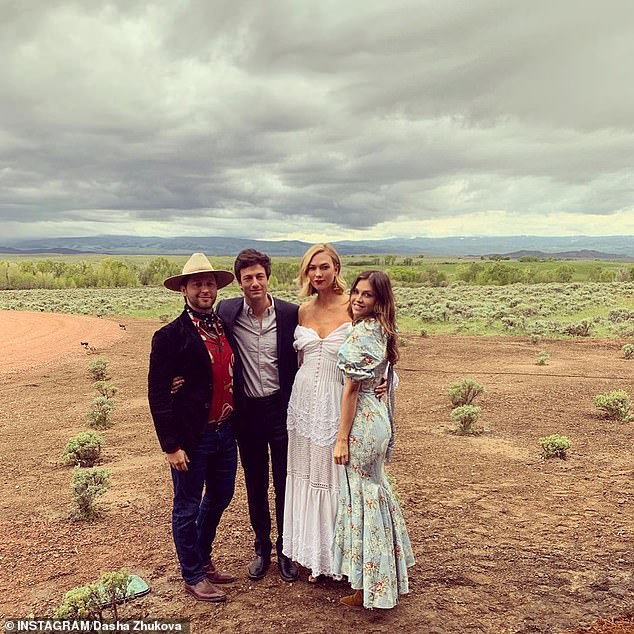 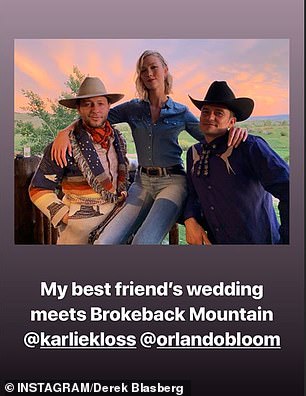 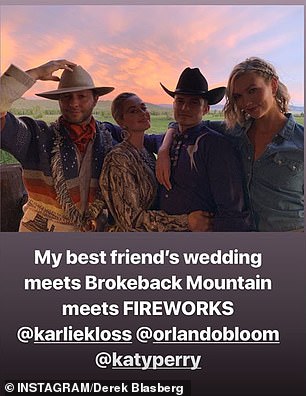 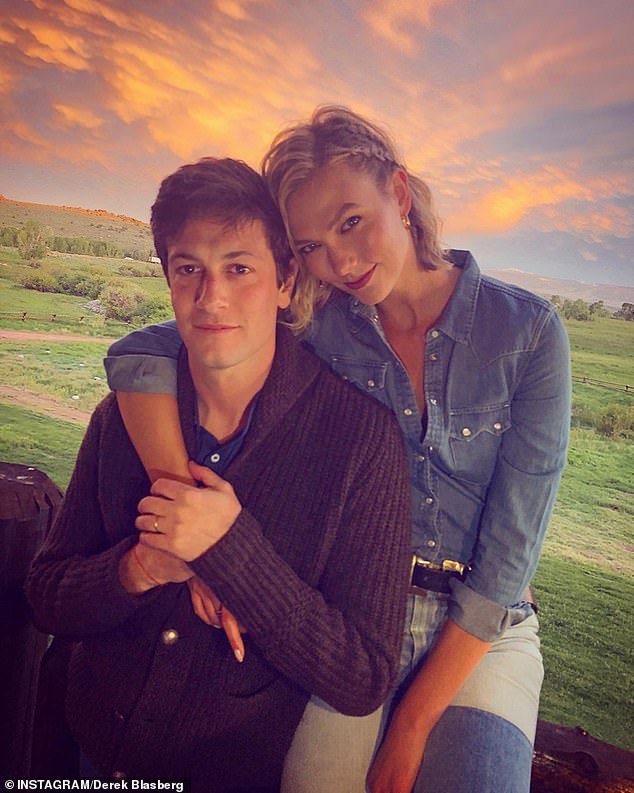 It’s unclear where in Wyoming the party was thrown and whether Kushner’s brother, Jared Kushner, and sister-in-law, Ivanka Trump, attended the celebration 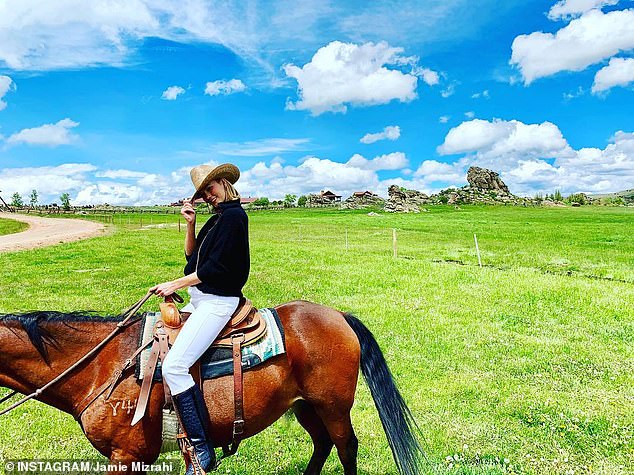 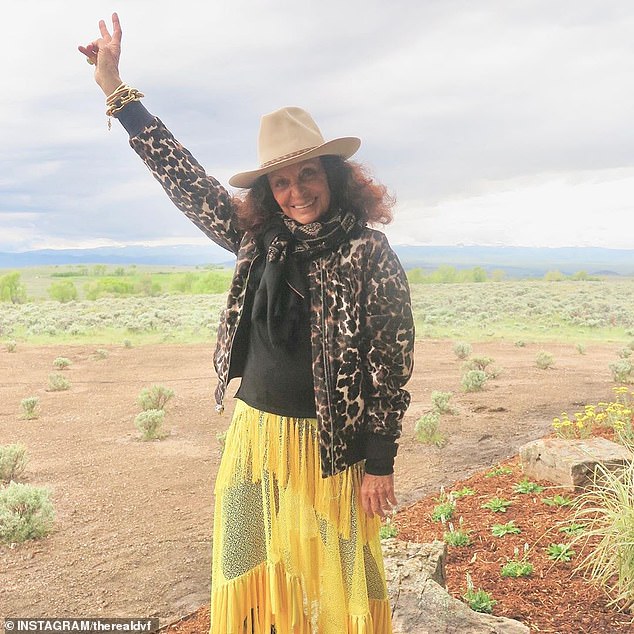 The images showed a denim-clad Kloss and Kushner against a sunset, the couple being held aloft on chairs during a horah dance beneath a disco ball, and a mini bottle of booze bearing the couple’s faces on a sticker.

Blasberg also posted a video of Kloss dancing along to the Madonna hit, Vogue.

Stylist Jamie Mizrahi posted pictures of Kloss on horseback and a shot of guests Perry and Bloom.

It’s unclear from the photos shared on social media where in Wyoming the party took place and whether Trump or Jared Kushner were in attendance.

Kloss and Kushner’s October wedding was attended by 80 guests, including his two sisters, Dara and Nicole and his parents, Charles and Seryl. Jared and Trump also attended with their three kids,Arabella, Joseph and Theodore.

Kloss’ parents, Tracy and Kurt, also attended, as did her three sisters, Kimberly, Kariann and Kristine, who acted as bridesmaids.

The Jewish Telegraphic Agency said the couple wed in a Jewish ceremony – Kloss reportedly converted in June 2018 before the couple became engaged.