After so much darkness, finally something that shines for Katarina Johnson-Thompson. It wasn’t the sort of performance to hint too loudly at resurrections, and it wasn’t close to the calibre of field she has beaten on her better days, but medal cabinets don’t ask difficult questions.

For that simpler, more tangible purpose, this was a success. This was a title defence. This was a return to the top step after 20 months of piecing together her body and mind after the traumas that came before, during and after the Tokyo Olympics.

Other interpretations will need to be more deeply caveated, because her total of 6377 points was more than 600 shy of the personal best she hit when she became world champion in 2019. That, as it happens, was her last victory in a heptathlon of any scale, and in turn followed her first big outdoor title, on this very stage at the 2018 Commonwealth Games. 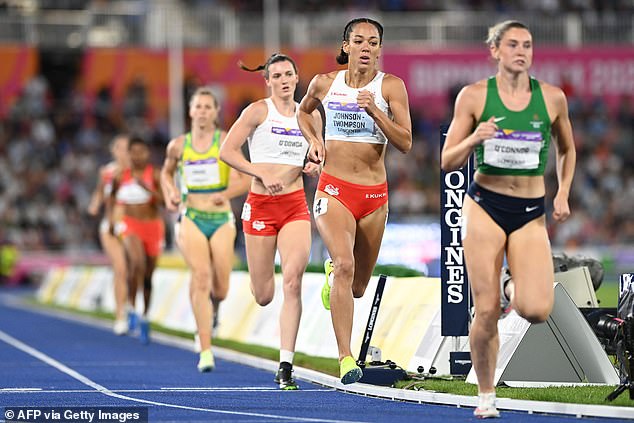 Her hope, as an immense talent prone to crises of confidence, will be that this gold medal inspires a similar trajectory to the one that followed her win on the Gold Coast.

At the very least it can serve as a form of psychological refuelling on her journey back to the top of her sport as she closes in on Paris 2024, and what surely will be her final chance to land an Olympic medal.

After finishing eighth at the Worlds last month, and in the midst of a search for another new coach, plainly that is a long path. 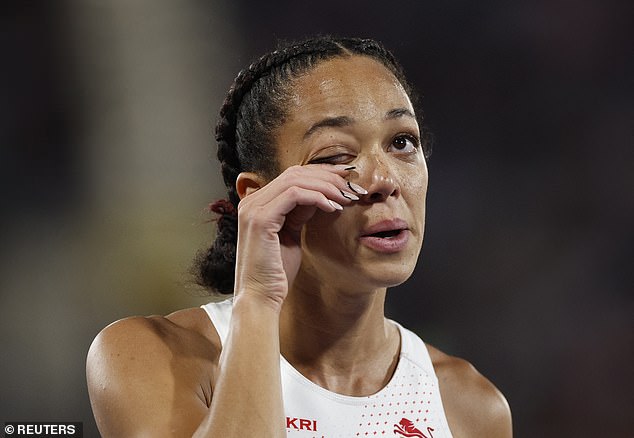 Partly that explained her beaming grin in victory, while her point to the sky as she finished the 800m was a reference to the passing on Monday of her grandmother, Mary Thompson.

‘This was for her,’ Johnson-Thompson said. ‘It’s been a tough week so I’m just happy to get through it.’ She added: ‘It feels incredible to win. Hopefully this’ll be a stepping stone for me like it was in 2018 for better things to come next year. It wasn’t about the points, it was about being competitive.

‘I hope the message I’ve shown is that no matter how down and out you might feel, it is possible to turn it around.’ 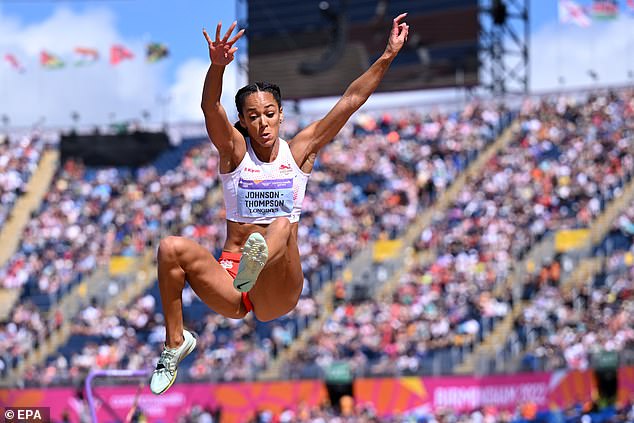 If there was a performance of note among the seven disciplines, it was in Johnson-Thompson’s javelin on Wednesday. Her throw of 44.33m was the best of her career and enabled a hefty 136-point cushion over what chasers there were going into the 800m. Ultimately silver went to Northern Ireland’s Kate O’Connor, 144 points behind, and England’s Jane O’Dowda won bronze.

Daryll Neita took bronze in the women’s 100m in 11.07sec, marking a considerable success in her breakthrough year. However, she will feel she short-changed herself with a slow start from the blocks which robbed her of a chance to beat the five-time Olympic champion Elaine Thompson-Herah, who won in 10.95sec.

The men’s 100m was won by Kenya’s Ferdinand Omanyala in 10.02sec. It continued the 26-year-old’s startling rise, having emerged from no great position of prominence to run a 9.77sec 100m last year. 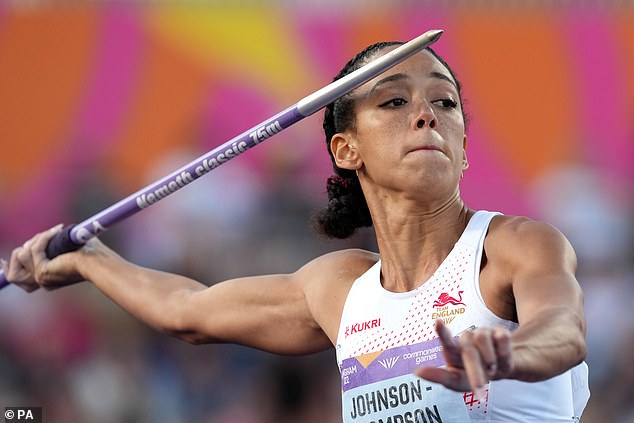 A stunning personal best of 44.33m in the javelin then left her on the verge of gold