Former TOWIE star Kate Ferdinand has shared a heartwarming family photograph hours after she opened up about the struggles she faced becoming a stepmother.

The 28-year-old, who lives in Cheshire with her husband Rio, 41, and the three children he shared with his late wife Rebecca, shared the sweet picture on Instagram with a quote from the Bible which states: ‘There is nothing love cannot face.’

Kate married the retired footballer in September 2019, becoming a stepmother to Lorenz, 13, Tate, 11, and Tia, eight. She spoke candidly about becoming a part of Rio and his children’s life in BBC’s Rio and Kate: Becoming a Stepfamily.

Alongside a photograph of the family, she cited a passage from 1 Corinthians 13 in the New Testament, authored by Paul the Apostle.

It read: ‘There is nothing love cannot face; there is not limit to its faith, its hope, and its endurance. In a word, there are three things that last forever: faith, hope, and love; but the greatest of them all is love.’

Kate Ferdinand, 28, (pictured) has revealed the importance of love for enduring any situation, hours after opening up about her struggles with being a step parent 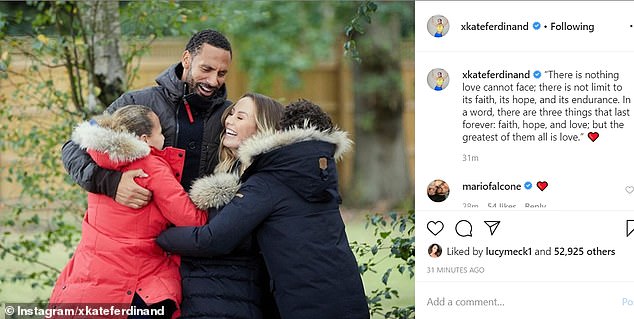 Kate posted a heartwarming family photo on Instagram, captioned: ‘There is nothing love cannot face; there is not limit to its faith, its hope, and its endurance. In a word, there are three things that last forever: faith, hope, and love; but the greatest of them all is love’

The thirteenth chapter of the First Epistle to the Corinthians covers the subject of love, and verses are often read during wedding ceremonies. Kate and Rio married last year.

Kate, who boasts over a million followers, received a flood of support on Instagram in response to her post, with many thanking her for sharing an experience they’ve also faced.

One person wrote: ‘You’re doing an amazing job. Think you will help lots of people doing this.’

Speaking of the couple’s BBC documentary, another added: ‘Absolutely amazing family. Any woman would be honoured to have you step in and take over their role as mum to those children, I’m sure Rebecca is watching down smiling on you all… such a happy ending.’

A third said: ‘Wow, how amazing that your family was so open. It’s heartbreaking but being open and communication so well will help you all. You are both doing a fantastic job and the children are lucky to have you both.’ 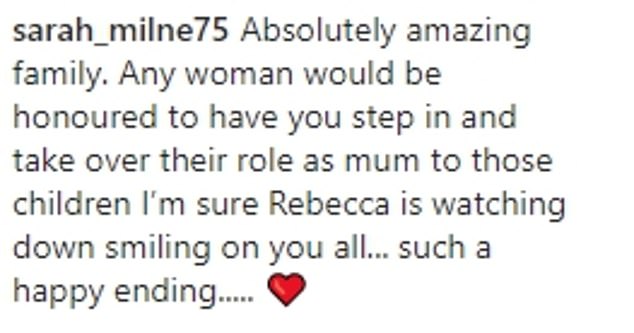 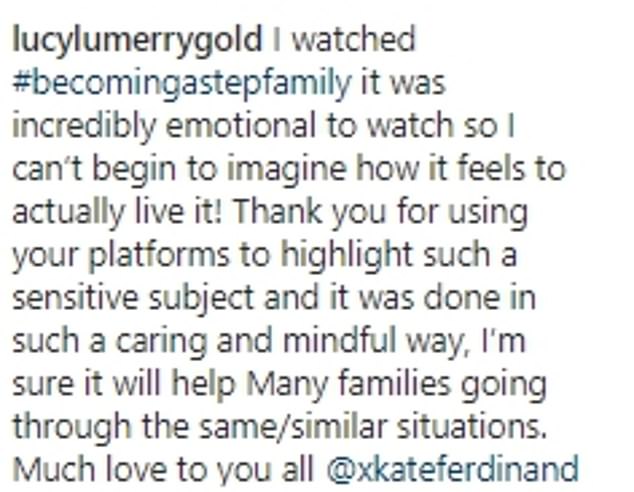 Kate and Rio have been together since early 2017, with his children present at their engagement during a family trip to Abu Dhabi.

During the documentary, Kate said she experienced feelings of guilt as she packed away items that once belonged to Rebecca, who died from cancer in 2015.

The couple agreed to move Rebecca’s items into a special room, where the children would be able to spend time remembering her.

Kate said getting to know the children and Rio as a unit was a ‘hard couple of years’ as the family had been already formed. 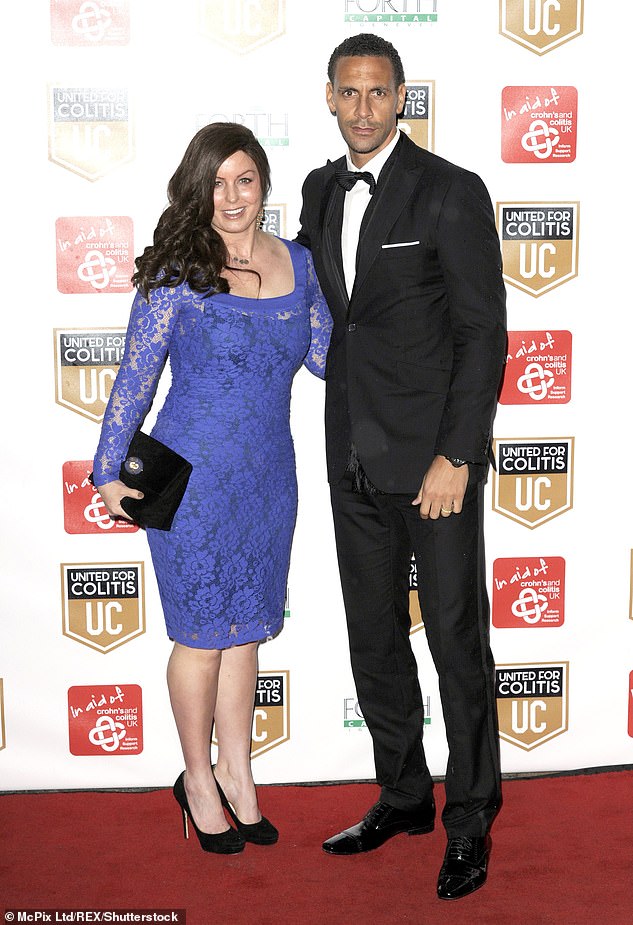 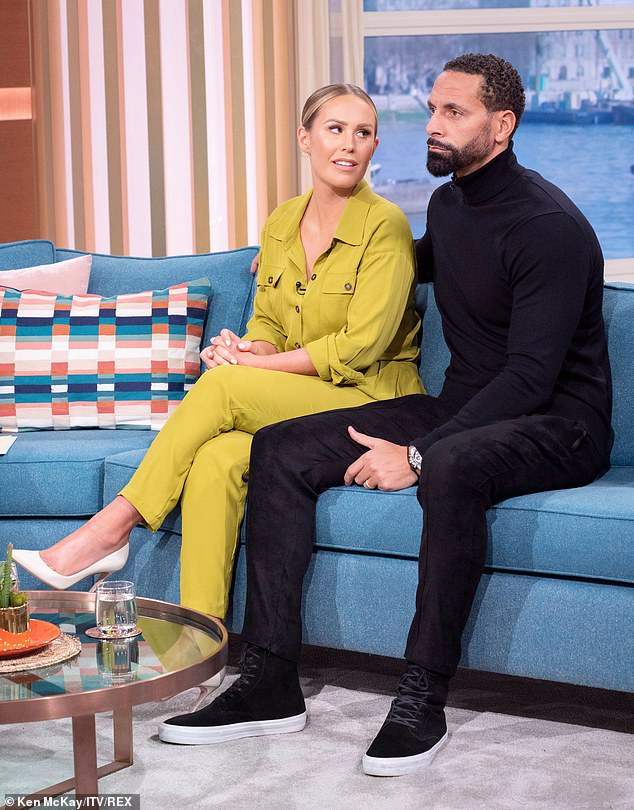 Kate revealed on This Morning that she struggled with every aspect of becoming a step-mother, from cooking to preparing the children for school

Speaking of becoming a stepmother, Kate admitted she feels like she’s ‘winging it’.

‘I can’t ring my friends and ask them what to do – no one has a partner with kids whose mum has died. No one really knows what to say. I know that I’m caring and hope that’s enough,’ she said.

‘We don’t want to wake up one day and think “we’ve done that wrong” and the kids are unhappy.’

She went on to admit that every part of being a stepparent was a challenge, from cooking to preparing the children for school. 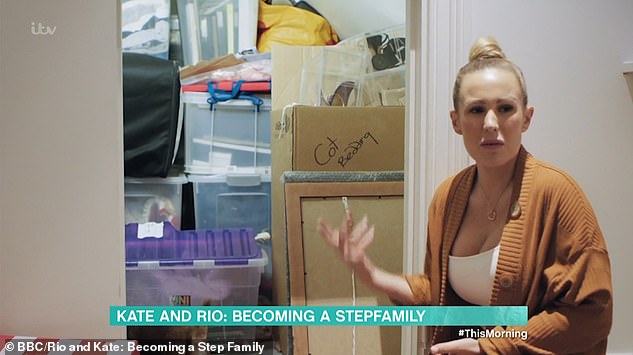 Another difficult situation the family faced was when Rio’s mother Janice passed away from cancer aged 58 in 2017.

In the emotional documentary, Kate revealed how she joins the children in writing cards for their Nan and Rebecca on Mother’s Day, breaking down into tears as she admits she feels as though she’s ‘grieving for someone she never knew’.

In the documentary, Rio admitted his dad Julian had reservations about Kate, and he had to have ‘words’ with him as it was making them both feel uncomfortable.

Recalling their journey, the ex-footballer said: ‘I thought I’d never be happy again, I was content with it just being me and the kids. I met Kate and we just got on. I couldn’t have envisaged myself going out with someone from a reality TV show and the kind of attention that would bring, given the situation I was in.’ 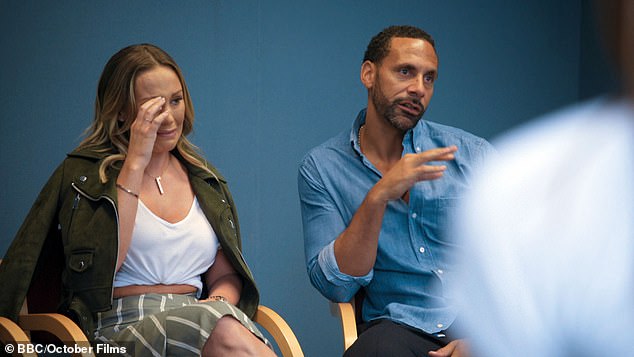