The philanthropist daughter of former Australian Prime Minister Paul Keating is back rubbing shoulders with New York’s elite, shrugging off being drawn into the Jeffrey Epstein saga.

Katherine Keating, 38, went into hiding in August after video emerged of her being shown out of the billionaire paedophile’s Manhattan unit by Prince Andrew in December 2010.

It is not suggested that Ms Keating was involved in, or had any knowledge of any improper or illegal conduct.

Unlike the Prince, who recently broke his silence in a disastrous TV interview that led to him stepping down from royal duties, Ms Keating is yet to comment on the intriguing footage of her leaving Epstein’s AUD$113million townhouse.

A close friend of Ms Keating told Daily Mail Australia that she hadn’t spoken at all about the Epstein controversy, not even with her inner circle.

‘Katherine being Katherine, if she wanted to say something she would, she’s that kind of person,’ the friend said.

‘We haven’t spoken about the photos or about Prince Andrew’s interview. I guess she just doesn’t want to and for that reason I haven’t raised it with her.’

But Ms Keating’s reluctance to speak has not stopped her from attending a string of fancy soires, mingling with top New York business people and Hollywood A-listers. 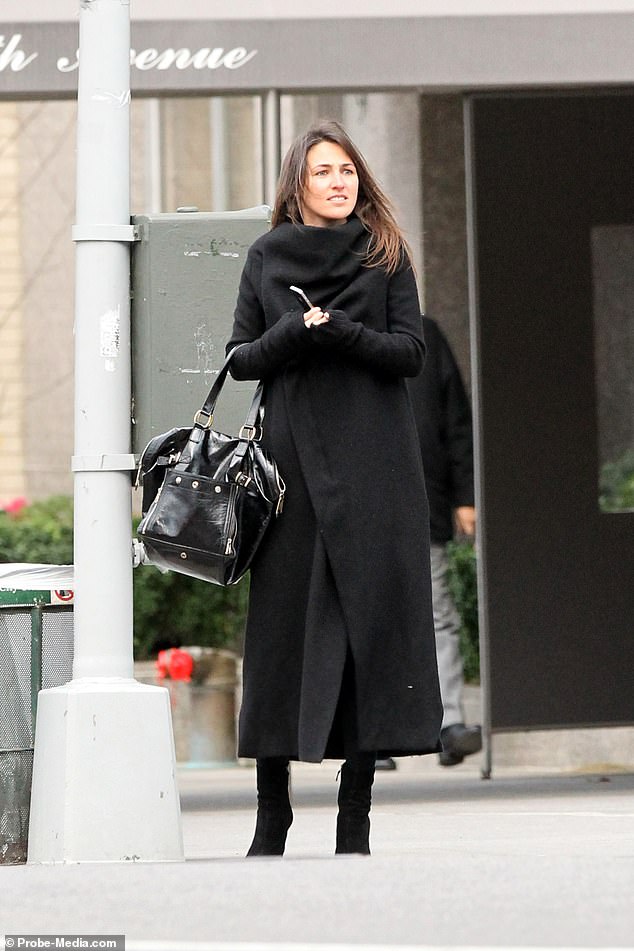 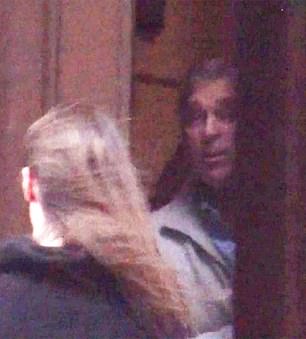 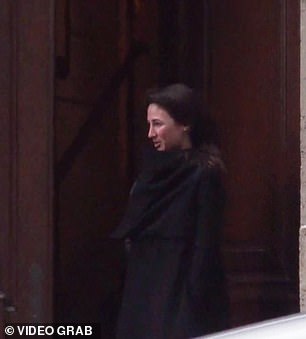 Covered in facepaint and dressed in a red suit similar to that seen in the film, she smiled as she stood with the man who also directed Borat and War Dogs.

Just days before the party she joined a host of Australian celebrities at the 40th birthday celebration of Gold Coast-born model Kristy Hinze.

Also at the party were Australian-born socialites such as restaurant owner Lincoln Pilcher, whose mother Nancy was a long-time editor of Vogue Australia, photographer James Houston, and Andrew Stanway, founder of Mrs Sippy.

Mr Pilcher and Mr Houston, who like Ms Keating are Australian-born and American-made success stories, are among the close friends to regularly feature on Ms Keating’s Instagram.

Two weeks before the photos of Ms Keating and Prince Andrew at Epstein’s apartment made headlines in August this year, the troubled billionaire committed suicide inside his Manhattan jail cell.

Ms Keating and Prince Andrew are believed to have met at an exclusive party in Dubai nine months before photos of him waving her goodbye were taken.

Being linked to the paedophile has also come at a cost to Prince Andrew, who stood down from royal duties indefinitely on Wednesday night.

He was reportedly summoned to Buckingham Palace by his mother, the Queen, and brother Prince Charles, who told him he had become a distraction.

Ms Keating had made a name for herself in the U.S working for media company VICE before becoming chief sustainability and strategy officer for Maverick Management.

She was just nine when her father became Australian prime minister in 1996, after he’d already served as treasurer from 1983 to 1991 and delivered a range of economic reform, including floating the dollar.

Mr Keating’s status and prominence in Australia means it’s no surprise his second youngest daughter is comfortable in elite circles.

An attendee to the grand opening of the Meydan Racecourse in Dubai in March 2010 claimed Ms Keating was by Prince Andrew’s side on a number of occasions during the day. 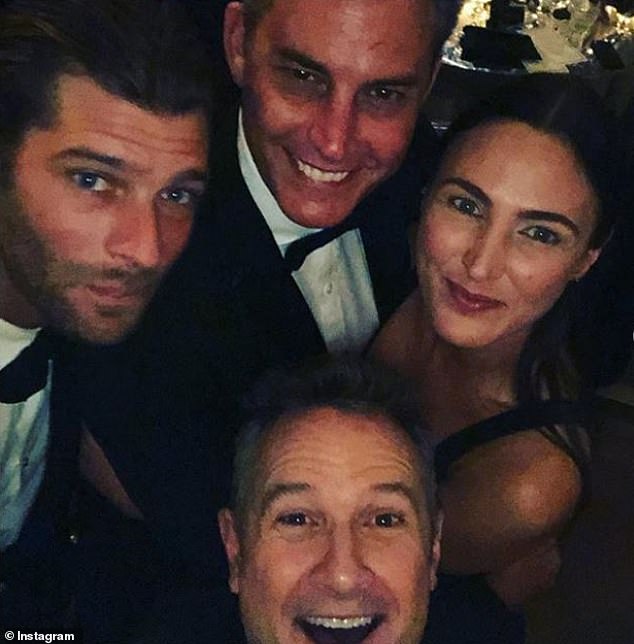 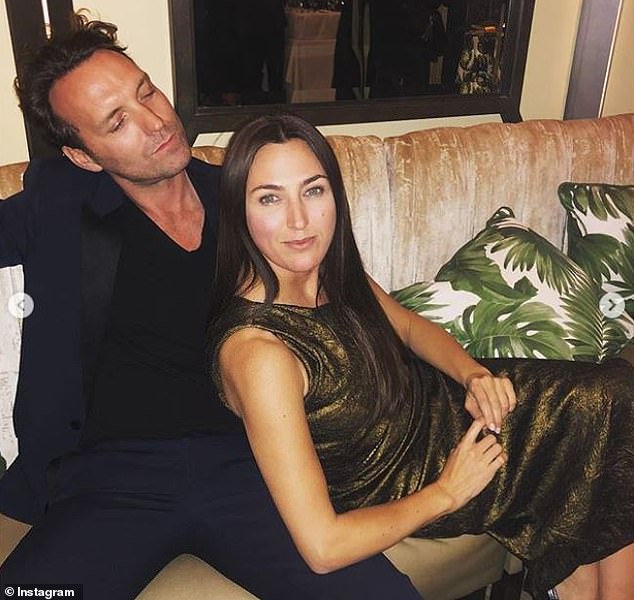 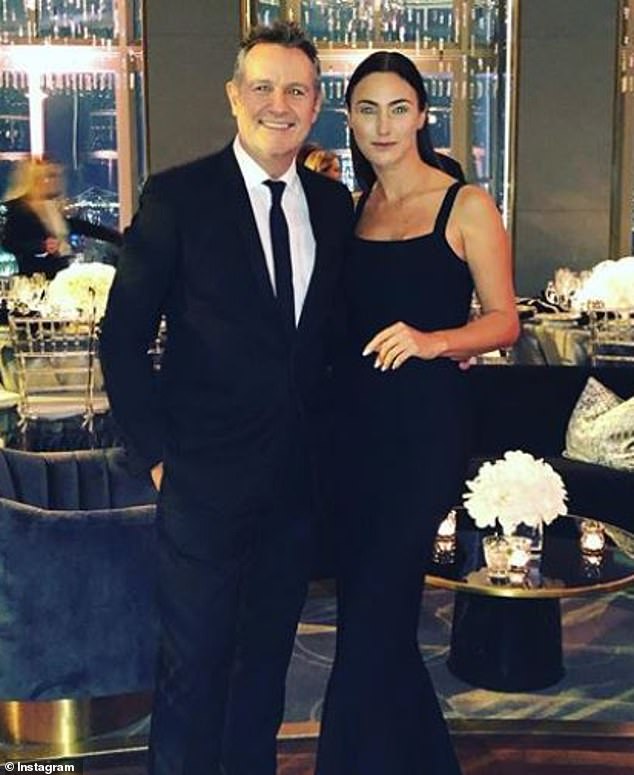 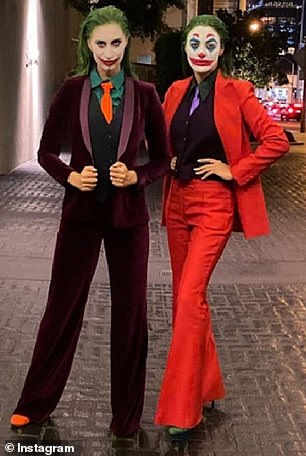 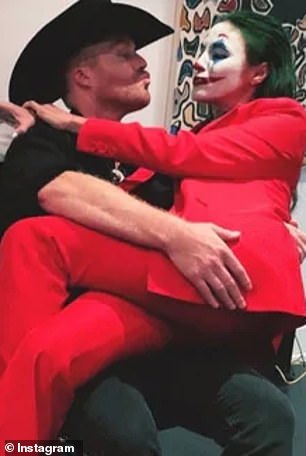 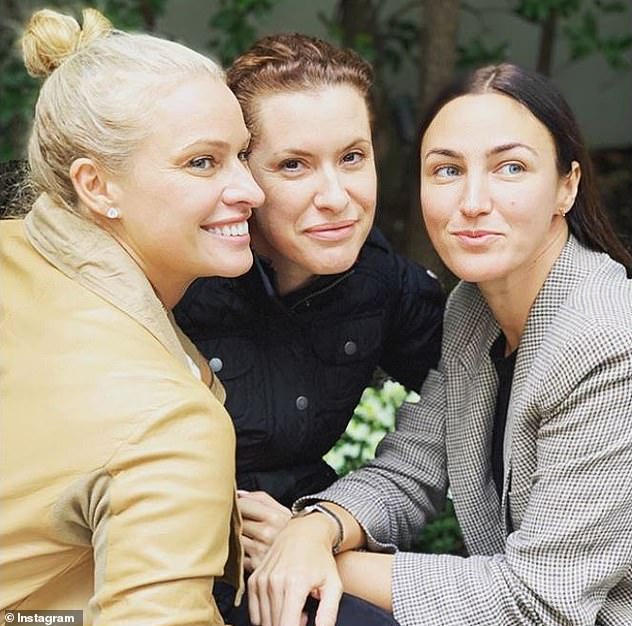 FRIDAY (Nov 15): The BBC announces Prince Andrew has been interviewed by Emily Maitlis. Advance extracts reveal he admits his friendship with Jeffrey Epstein had ‘let the side down’.

SATURDAY: Prince Andrew’s explosive Newsnight interview is aired. He denies having sex with 17-year-old Virginia Roberts in London, saying on that day he had instead taken his daughter to Pizza Express in Woking, Surrey.

SUNDAY: The backlash begins as lawyers for Epstein’s victims criticise his failure to apologise for his association with the paedophile financier, and call for him to speak to the FBI.

MONDAY: Businesses and charities cut ties with Andrew as they withdraw patronages and their backing for his Pitch@Palace initiative.

TUESDAY: Crisis point as the scandal is raised during the televised debate between Boris Johnson and Jeremy Corbyn, prompting concerns it could affect the election campaign and interfere with democracy. Andrew’s visit to flood-hit communities is cancelled.

WEDNESDAY: Andrew announces he is to step back from public life, with the approval of the Queen.

THURSDAY: He cancels a planned junket to Bahrain. Lawyers for Epstein’s victims say they plan to subpoena him, raising the prospect of him being questioned under oath.

FRIDAY: The Queen sends a signal of support for her second son as she is pictured out horse riding with him. But more organisations cut ties with the prince, and the BBC announces it will air an interview with Miss Roberts in early December.

‘They looked to be getting on very well and I saw her with him several times over the course of the weekend,’ a guest at the party told The Sydney Morning Herald.

‘They appeared very friendly but it was clear she had only met him on that weekend.’

Ms Keating was unknown by many of the party’s international guests, but a number of high profile Australians recognised the daughter of Australia’s 24th prime minister.

‘A few of us made note of her, especially when she was getting along so well with Prince Andrew,’ the guest said.

Ms Keating moved to New York in 2010 and soon after struck up a romance with Epstein associate Balazs, who was 53 at the time.

Mr Balazs, a hotelier and socialite, was mentioned in Epstein’s infamous ‘black book’.

Ms Keating scored an invite to Epstein’s home in late-2010 through her links to Prince Andrew.

She was drawn into the scandal when pictures of her leaving the property surfaced in August.

As she walked out of the apartment and on to Ninth Avenue, she turned to receive a wave goodbye from the royal before heading on her way.

She was pictured again moments later standing on the sidewalk waiting for a taxi.

Two years before the photos were taken, Epstein had been convicted of raping a 14-year-old girl in Florida.

A fortnight before the photos surfaced this year, Epstein committed suicide inside a Manhattan prison cell while awaiting trial on sex trafficking charges. 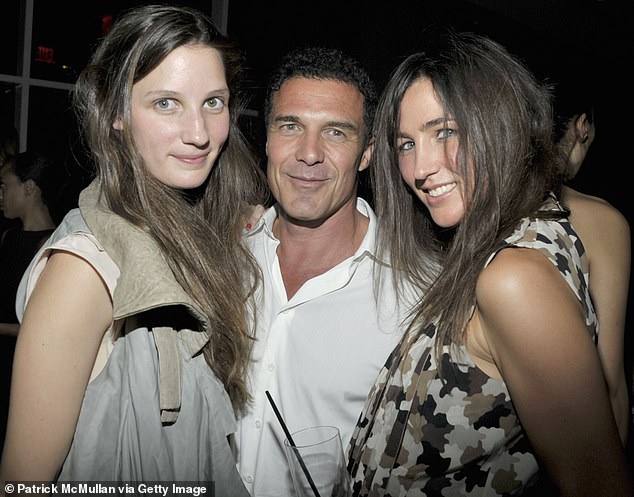 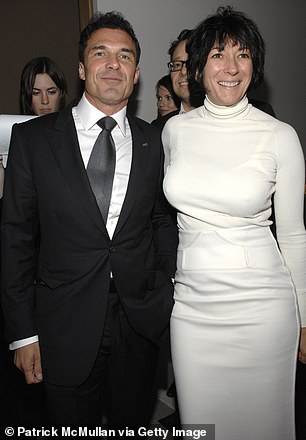 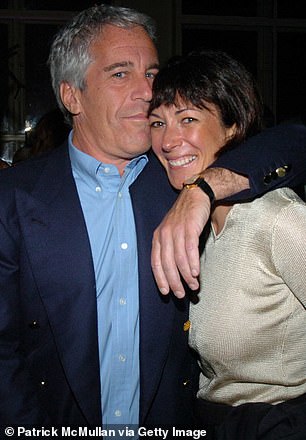 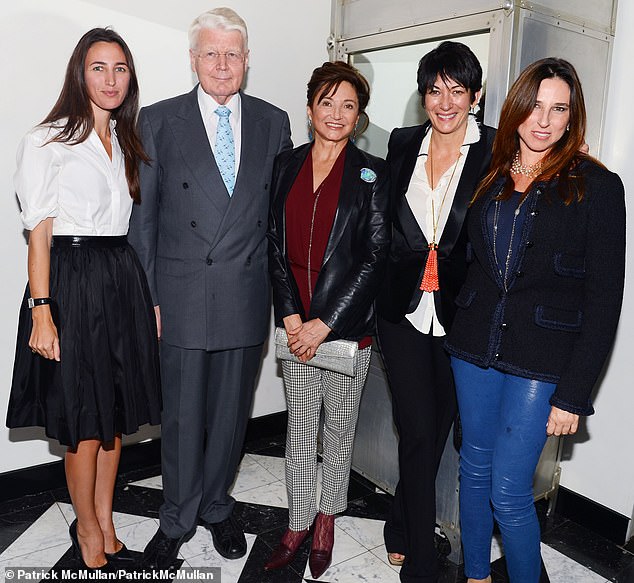 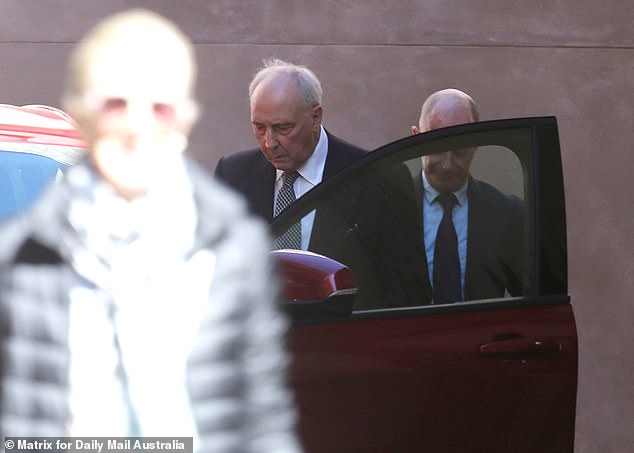 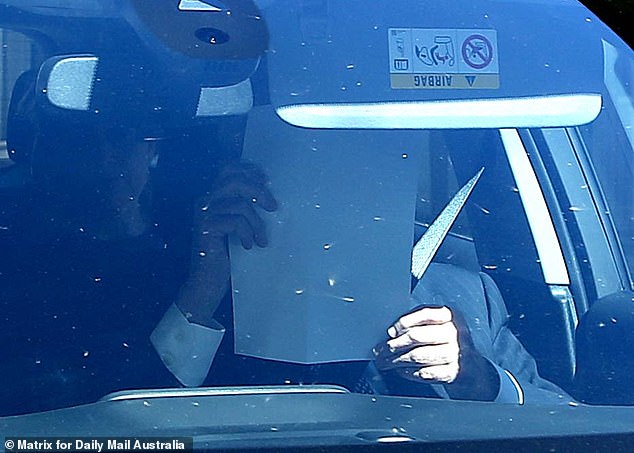 Epstein had been arrested on July 6 this year and charged with arranging to have sex with dozens of underage girls at his homes in New York and Florida from 2002 to 2005.

Prince Andrew, the Queen’s middle son, was forced to step down from royal duties last week amid mounting pressure over his links to Epstein.

An ongoing FBI probe into Epstein’s alleged crimes is expected to focus on a party at the billionaire’s Manhattan townhouse in December 2010.

While Prince Andrew has claimed he ‘never saw’ anything there which aroused his suspicions, nine other people who were there during his stay could corroborate or disprove his account.

It is not yet clear whether Ms Keating – who is one of those people – will be asked to talk to the FBI. 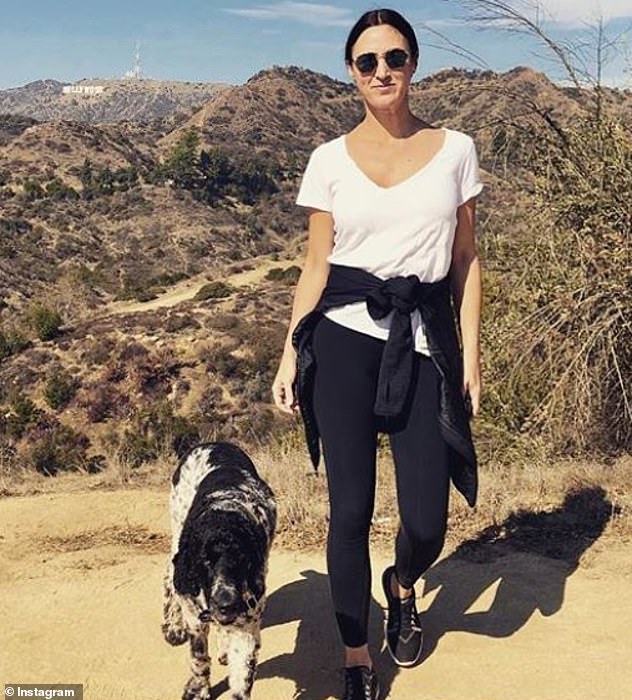